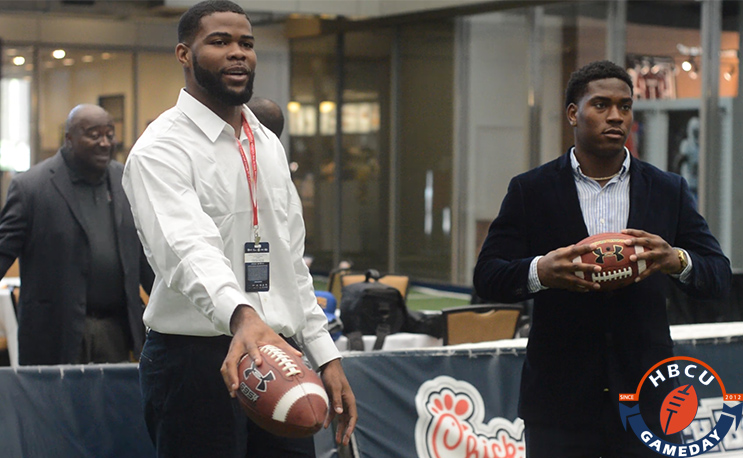 The SIAC moved to a new venue for 2017, the College Football Hall of Fame in Atlanta. Tolly Carr and Steven J. Gaither walk you through how the day unfolded and the predicted order of finish in the conference.

Darian Nelson of CSU says if you give him a hole, he’ll handle the rest.

John L. Smith took KSU to the SIAC Championship game a year ago, were they ahead of schedule?

Miles College will open camp with a battle for the QB position. Trey Smith will be ready to catch Touchdowns from whomever emerges.

Willie Slater has no peer in the SIAC, he is now the Athletic Director in addition to Head Football Coach at Tuskegee.

Coach Derrick Burroughs is sick and tired of being selected near the bottom in the SIAC, but he knows to shake the stigma his team must start to beat the big dogs.

Morehouse makes some staff changes that they believe will be the difference for 2017.

The champs show off their hardware at media day, will any of that carry over to 2017?

Kevin Ramsey reacts to being predicted 4th in his division despite having the preseason player of the year at QB.

Find out the one thing that Head Coach Mike White is praying about for the 2017 season.

Gabe Giardina speaks about taking over at Albany State University.

459
The Latest in HBCU Sports and Culture