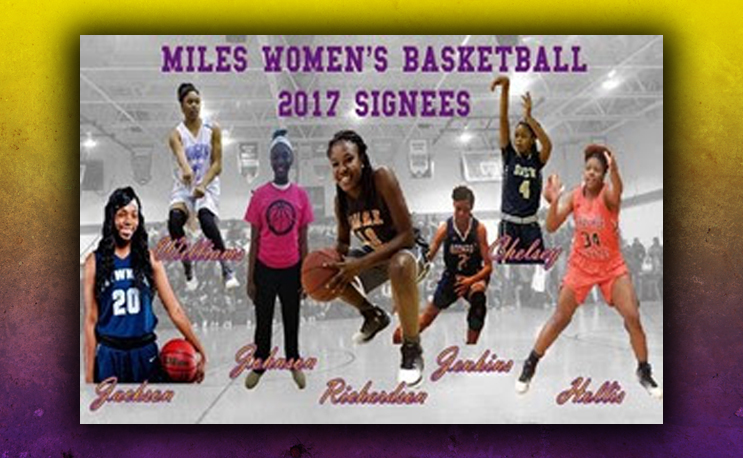 The Lady Golden Bears add some firepower for the 2017-2018 bseason.

“We have gone out and brought in some players who, we believe, will make us a very strong team that can compete for a SIAC championship,” Wallace said. “We’ve brought in some strong guards and some athletic bigs who can help us this season and beyond.”

Richardson is a 5-foot-8 guard from Alabaster, Ala. She will enter as a junior college transfer from Wallace-Hanceville Community College after averaging 3.2 points, 2.4 rebounds and 1.0 assists per game last season. Joining Richardson from Wallace-Hanceville is 5-foot-10 post player Hollis, who is from Dublin, Ga. She averaged 4.4 points and 4.7 rebounds per game but missed a big portion of last season due to injury. She is expected to be ready to go once the season starts.

Chelsey, a 5-foot-9 guard from Drew High in Riverdale, Ga.; Jackson, a 6-foot-1 post player from Newnan High in Newnan, Ga.; and Johnson, a 6-foot post from Mundy Mills High in Jonesboro, Ga., were teammates on the AAU circuit. Chelsey averaged 13.5 points per game as a senior and was a Second Team All-Clayton County selection. Jackson was an honorable mention All-Metro selection by the Atlanta Journal-Constitution. Johnson, a Georgia Class 6A, Region 4 Second Team All-Region selection as well as a First Team All-Clayton County pick, averaged 12.2 points, 12.9 rebounds, 2.3 blocked shots and 2.0 steals per game as a senior and finished her prep career with more than 1,000 points, 1,000 rebounds and more than 250 blocked shots.

Williams, a 5-foot-5 guard from Lovejoy High in Atlanta, was a Georgia Class 6A, Region 4 Honorable Mention All-Region selection. She averaged 10 points per game and was a starter for a team that reached the Georgia Class 6A Final Four. Jenkins, a 6-foot forward from B.T. Washington in Pensacola, Fla. averaged 3.3 points, 5.1 rebounds and 1.1 per game as the only senior on a team that finished 14-10. She was also selected to participate in the Subway All-Star Basketball Game.