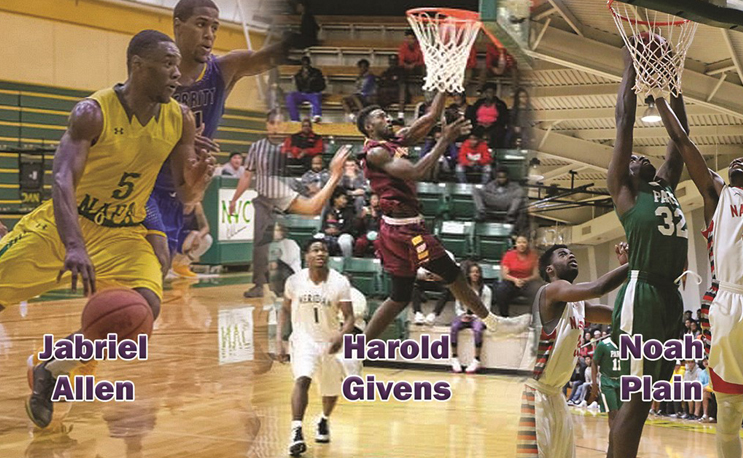 “The fans will really enjoy watching Jabriel, Harold and Noah on the court. They will add to the excitement around our basketball program that we’ve been building over the last couple years,” Robinson said.

Allen is a 6-3 guard from Muncie, Indiana. He comes to Alcorn after averaging 20.0 points per game over 26 games this past season at Napa Valley CC. He also shot .447 from three-point range and .779 from the free throw line.

“Jabriel is a really explosive player and will bring a lot of leadership to the team. He can score at all three levels which is something we haven’t had since I’ve been here. I’m really excited for what he’s going to bring to the team,” Robinson said.

Allen poured in a season-high 43 points at Merritt on Jan. 25, 2017. He scored at least 30 points on four other occasions. Allen drained at least five three-pointers in nine different games.

“Jabriel is the best scorer I’ve ever coached,” said Napa Valley head coach Steve Ball. “Jabriel will fit in just right with the way Coach Robinson runs his system. Shooting is Jabriel’s biggest strength, but my favorite part of his game is his mid-range pull-up. When guy’s start flying out at him to stop his three-pointers, his pump fake and one-dribble pull-up goes in at a high percentage.”

In 2015-16, Allen played his freshman season at Snow College (Utah). He’ll have two years of eligibility remaining at Alcorn. Allen is a product of Muncie Central HS.

Givens is a 6-7 forward who was born in New Orleans and grew up in Columbus, Georgia. He played his freshman season at New Mexico State, choosing the Aggies over Florida International.

“Harold is a phenomenal athlete. He’s very versatile and can play nearly every position on the court both offensively and defensively,” Robinson said.

Givens transferred to Pearl River CC where he shot .557 from the field last season. He scored in double-figures four times including a pair of 17-point outings. Givens will have two years of eligibility remaining at Alcorn.

“Harold is always one of the most athletic kids on the court each night. He can really make plays, and some are incredible to see,” said Pearl River head coach Chris Oney. “Defensively, he’s really good at protecting the rim, especially for a wing player. He can cover ground and get to spots that the average athletic can’t.”

Plain is a 6-7 forward from Baton Rouge. He comes to Alcorn as a sophomore after spending the last year at Paris JC. Plain was ranked the No. 62 prospect in Louisiana out of high school by maxpreps.com. He played at Tara HS.

“Noah is a really good post player and can also step out and shoot from long range. He’ll give us depth inside and also be a threat from the exterior. I’m really excited for him to be a part of the program, he’s a great student.”

At Paris JC, Plain shot .648 from the field on the season and scored in double figures five times.

“Noah is a high-character guy who made the Dean’s List this past semester. He’s a long, athletic forward that has some skills and his best basketball is ahead of him,” Paris head coach Bobby Taylor said. “He was second on our team in blocked shots and has the uncanny ability of getting shots at the highest point.”