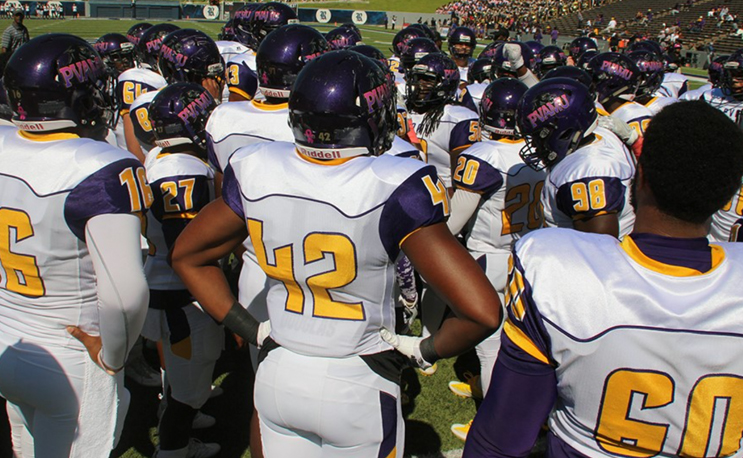 The Panthers and Bearkats will now play on Thursday, September 7 at Panther Stadium, with kickoff just after 6:30 p.m. It is the second straight year the PVAMU football home opener will be televised live on ESPNU, as the Panthers defeated Texas Southern 29-24 on Sept. 4, 2016 in the inaugural game in the new venue.

“We’re excited to again have our home opener nationally televised on ESPNU,” said third-year PVAMU head football coach Willie Simmons. “To have the opportunity to showcase our program against one of the top teams in FCS Football is a great honor and a great challenge. We expect it will be a sold-out game and an electric environment, and look forward to Panther Nation giving us a tremendous home field advantage against an outstanding Sam Houston State team.”

Season tickets for 2017 Panthers football are on sale now online at pvpanthers.com/tickets or via phone at 936-261-9139. Single game tickets will go on sale Tuesday, August 1.