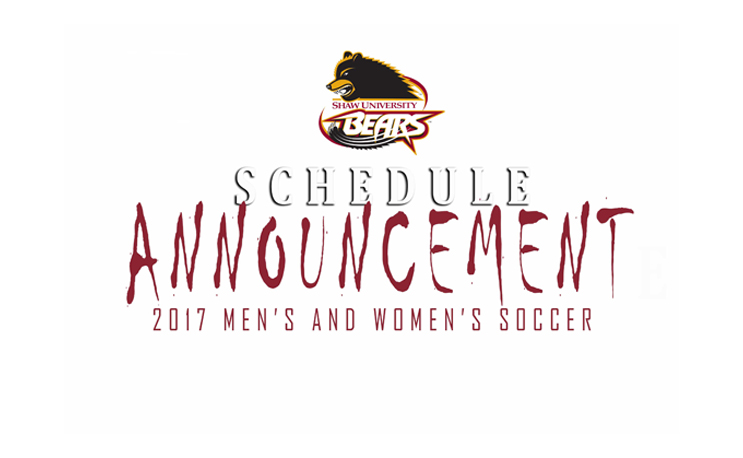 Prior to Shaw, Cortell spent one year at the Charlotte United Futbol Club in Charlotte, NC. Before moving to Charlotte, Cortell was head coach of the West Virginia Tech University soccer team for five years where he holds the all-time record for winning percentage at .777 (70-18-6), career wins, wins in a season, and all his teams were ranked in every single-season category.

For senior day, the Lady Bears will host Lincoln on Oct. 14 and wrap up the remaining schedule on the raod at Chowan (Oct. 18), Brevard (Oct. 28), Central Penn (Oct. 30) and Washington Adventist (Oct.31). A complete schedule can be found here.

“We have done a great job recruiting a mix of transfer juniors and true freshman where the team is split evenly down the middle,” added Coach Cortell.  “Our experienced juniors will have to show all the incoming freshman what it takes to compete at the NCAA II level from the very start of the whistle.  I believe our team balance will allow us to develop team chemistry and for our young players to learn and get adapted to the physicality and speed of play at the NCAA II level.”

Shaw will host Wake Tech CC on Oct. 15 for senior day and conclude the regular season with a three-game road slate at Barton (Oct. 18), Brevard (Oct. 28) and Washington Adventist (Oct. 31).

Cortell added, “Our men’s schedule will provide us with an opportunity to test ourselves on the road to earn an at large bid to the NCAA II playoffs.  Most of our players will be freshman and sophomores, so the challenge to play against older and more experienced teams will allow our team chemistry to grow quicker by testing ourselves on the road and bonding throughout our road trips.  Team chemistry will be the determined factor in our success next season.”

All home matches will be played at Wakemed Soccer Park located on 201 Soccer Park Drive, Cary, NC. Admission to all Shaw men’s and women’s soccer games is free.

For a complete schedule for men’s soccer, click here.

For the most up-to-date information Shaw men’s and women’s soccer and its 13 varsity sport teams, visit shawbears.com.