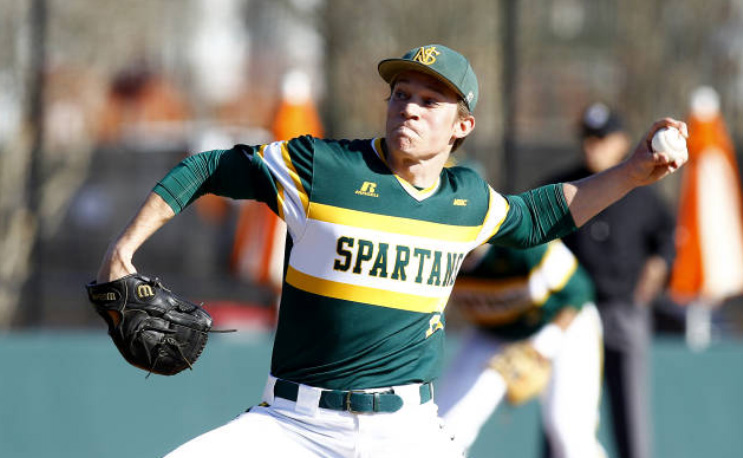 After 20 years of Division I baseball, Norfolk State finally has an All-American.

NORFOLK, Va.–Norfolk State University pitcher Devin Hemmerich added another significant accomplishment to his growing list of accolades on Thursday when he became the first Spartan to be named to a Division I All-America baseball team.

Hemmerich, a senior lefthander, was chosen as a Third Team All-American by Collegiate Baseball News. In 2014, Hemmerich became the third Spartan to earn Freshman All-America honors for NSU at the Division I level, but he is the first to be named to a D-I All-America team comprised of players from all classifications.

Hemmerich enjoyed an historic 2017 campaign. He posted a 10-2 record and 1.97 earned-run average with a school-record 118 strikeouts in 105.1 innings pitched en route to MEAC Pitcher of the Year honors. Hemmerich won the MEAC’s pitching triple crown by leading the conference in wins, ERA and strikeouts. In the process, he also tied the single-season NSU record for pitching victories and established new school career records for wins (24) and strikeouts (315).

Hemmerich is tied for second in the nation with six complete games, tied for sixth in wins, ranks ninth in WHIP (0.86 walks plus hits per innings pitched) and strikeout to walk ratio (7.38), 11th in strikeouts and 25th in ERA. His 1.97 ERA is the lowest by a Spartan starting pitcher in the program’s Division I history (since 1998).