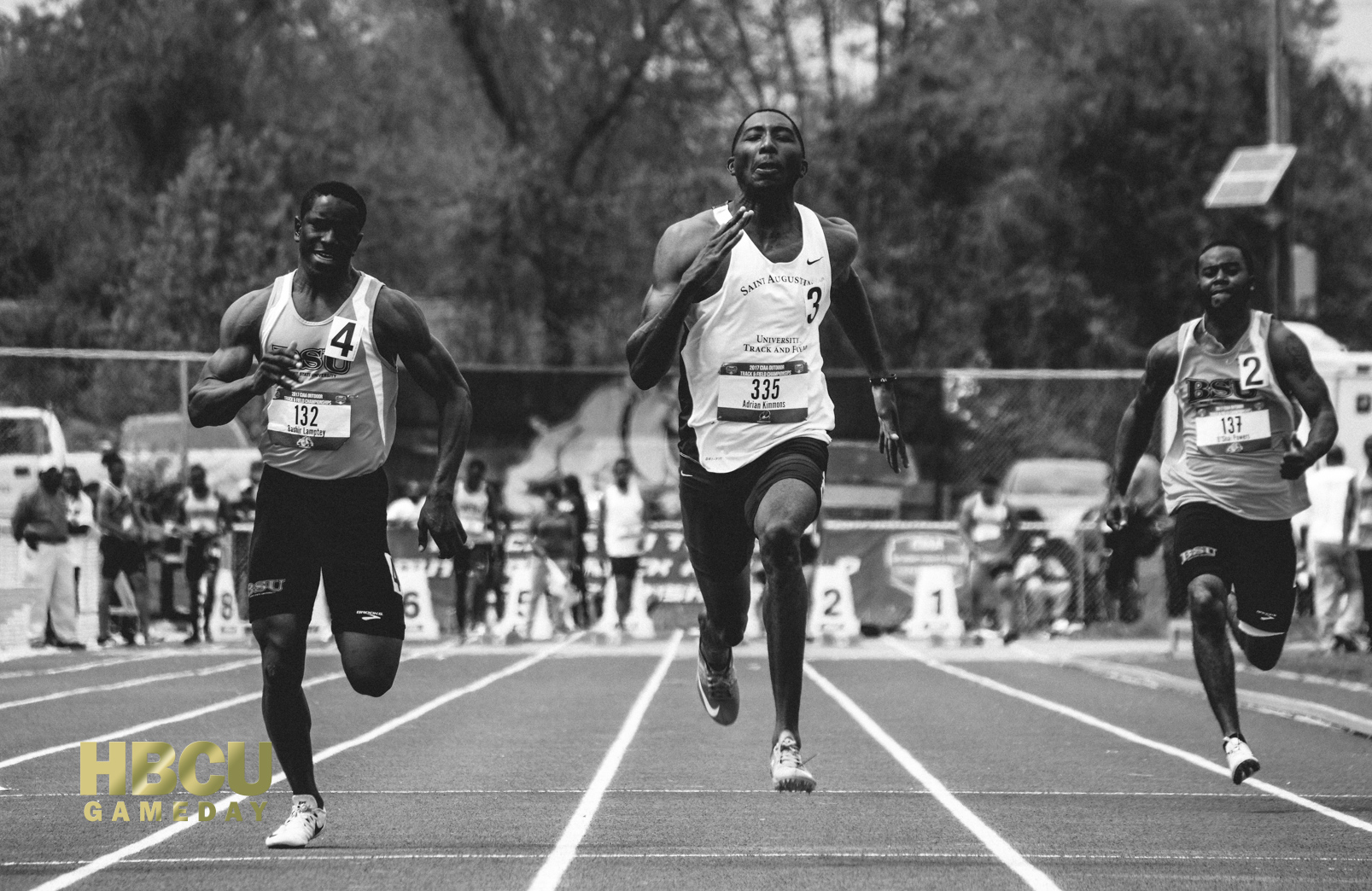 HBCUs have been a dominant force nationally on the NCAA D2 level for decades and this year’s track and field championships were no exception. In fact, the men’s national title came down to the final race of the day, the 4x400m, between two HBCUs: Lincoln (MO) and St. Augustine’s (NC) University.

In the end, it was old faithful St. Aug who emerged as the victor,  claiming its fifth-consecutive men’s national title on Saturday night with a 58-point performance. It was the 16th men’s title for SAU and the 39th title for the track and field program as a whole.

Lincoln won the men’s 4×100 relay title for the fifth time.

St. Aug swept the 400m hurdles titles, as Shawn Rowe claimed men’s honors and Tia-Adana Belle took home the women’s title. Belle’s title was her third-straight and a record-setting one as she ran 55.42, fastest ever in D2.

Central State’s Juan Scott claimed the national title in the 100m hurdles, registering a school record 13.73 in the event.

The big individual winner was Albany State’s Cervantes Jackson who claimed the high jump title on Saturday after winning the triple jump on Friday. He jumped 7-1 on Saturday and was named as an all-American in the long jump as well as the two events he claimed.

All in all, it was another dominate performance for HBCUs on the national stage.