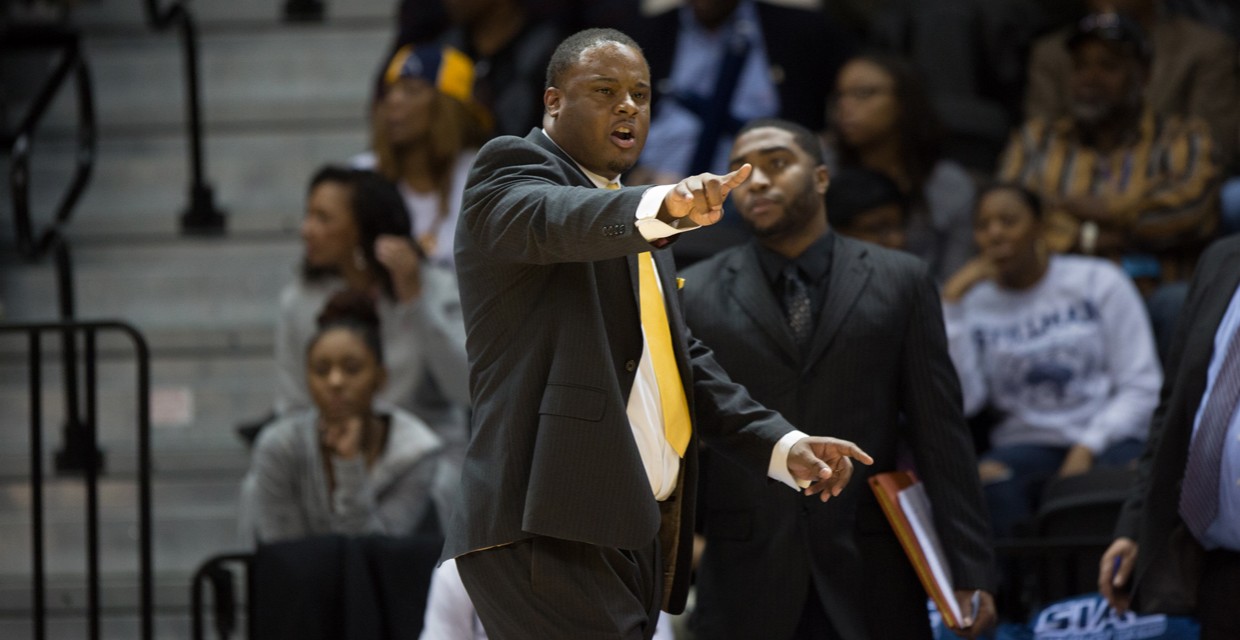 Grambling’s search for a men’s basketball coach appears to be over and done with. Stillman’s Donte Jackson, according to HoopDirt.com, is expected to be named GSU’s new coach.

Jackson has never coached Division I basketball, but he has worked for Grambling AD Paul Bryant. Bryant hired Jackson at Stillman before moving to South Carolina State and eventually to Grambling earlier this year.

His run at Stillman has been very successful, as he’s gone 66-21 in three seasons at the Alabama HBCU. Stillman went 22-5 last season under Jackson, its first in the NAIA after withdrawing from the SIAC and Division II in 2016.

Grambling is coming off a 15-16 season in 2016-17, its best mark since the turn of the century. That wasn’t enough for Shawn Walker’s contract to be renewed this spring, as he was sent packing after the season.