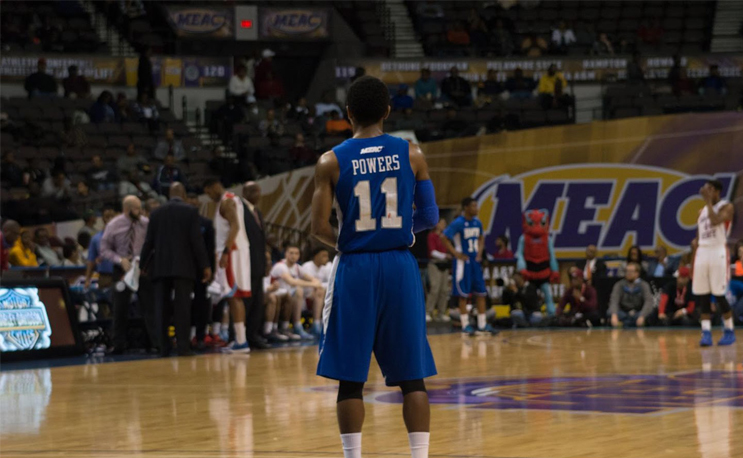 Hampton made the NCAA Tournament for the first time since 2015, but that apparently enough for it to keep one of its best players. Hampton guard Deron Powers, the MVP of the MEAC Tournament, has announced he will transfer for his final season of eligibility.
“Honestly, I want to play for a better program,” Powers told The Daily Press. “I’m definitely up for anything, and it doesn’t have to be at the highest level. There are a lot of good programs I wouldn’t mind going to, but I am looking for a higher-profile team that needs a point guard.”

Powers is just the latest MEAC star to decide he wants to move elsewhere. Both Norfolk State’s Rashid Gaston and FAMU’s Jermaine Rutley have all announced they’ll be moving on in the past few weeks.

Powers played three seasons at Hampton, and is currently fifth all-time in assists with the program.

Gaston, a 6’9 power forward, announced on Tuesday that he’ll play for Xavier. He averaged 15.5 points and 9.6 rebounds per game as a junior at Norfolk State.*

“I feel like making the transition would give me better exposure, and just better player development and things like that,” Gaston told Cincinatti.com.

Of course, transfers are a part of college basketball, seemingly now more than ever. HBCUs benefit from transfers as well, but rarely does a double-figure scorer or consistent starter at another D1 school transfer to a MEAC or SWAC program.

The alarming thing is it seems many young players see HBCUs as stepping stones to their success. Even those who play at Division I schools in the MEAC and SWAC don’t seem to view them on the same level as other non-Power Five conferences.

Even North Carolina Central, the most consistent HBCU college basketball program over the past three years, has had to deal with this. NCCU signed Stanton Kidd from the JUCO ranks and he responded by becoming an All-MEAC player in 2013. But instead of finishing out his career in Durham, he chose to sit out a year and play at Colorado State. He had a good season at CSU in 2015, but just think about how good that 2014 NCCU team could have been with Kidd and Jeremy Ingram.

The bottom line is, it is nearly impossible to build a sustained mid-major powerhouse (i.e. Gonzaga) when your best players leave the program. But that’s the challenge facing many HBCU hoops programs today.

* Powers averaged 13 points and 5.2 assists per game. Hofstra did not make the NCAA Tournament that season, however.

*Gaston helped Xavier to the 2017 Elite Eight, but did not get selected in the NBA Draft. He played in Japan last season.

*Ruttley averaged 3.2 points and 2.9 rebounds per game as a senior at Little Rock-Arkansas.