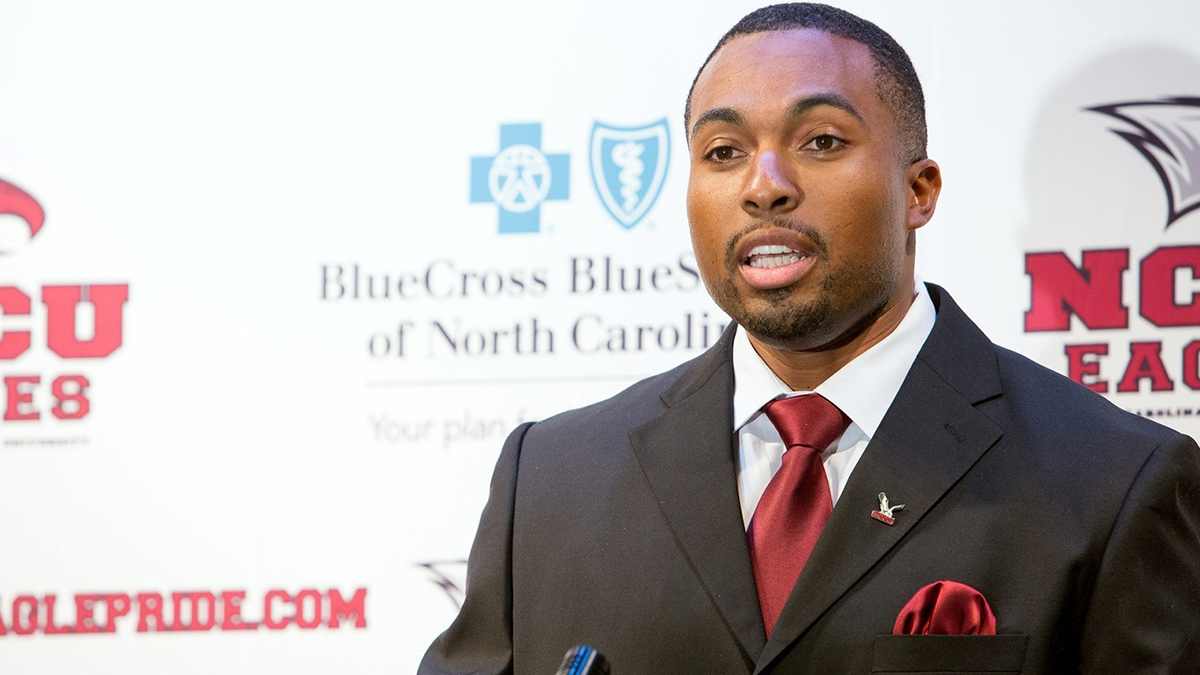 North Carolina Central has put its football program in the hands of Jerry Mack, a 33-year-old and first-time head football coach.

After weeks of speculation, North Carolina Central fans finally know who will lead their program for the near future. NCCU introduced Jerry Mack as its new head football coach on Thursday. Mack, 33, is the third-youngest active Division I coach. The first-time head coach has been an assistant at four Division I programs, including Jackson State and Arkansas-Pine Bluff. Mack spent the last two years as a wide receivers coach at South Alabama.

“His energy during his interviews and how he articulated his vision, not just academics but everything,” Athletic Director Ingrid Wicker-McCree said. “His presence and how he’s been prepared professionally, that’s what you want for our young men and women. That type of knowledge.”

NCCU finished 5-7 under interim coach Dwayne Foster during the 2013 season. Foster assumed that role after head coach Henry Frazier was dismissed prior to the start of the season following an arrest for violating a protective order.

Jerry Mack started his college career at Jackson State, where he won a SWAC title in 1999. He later transferred to Arkansas State where he finished his playing career.