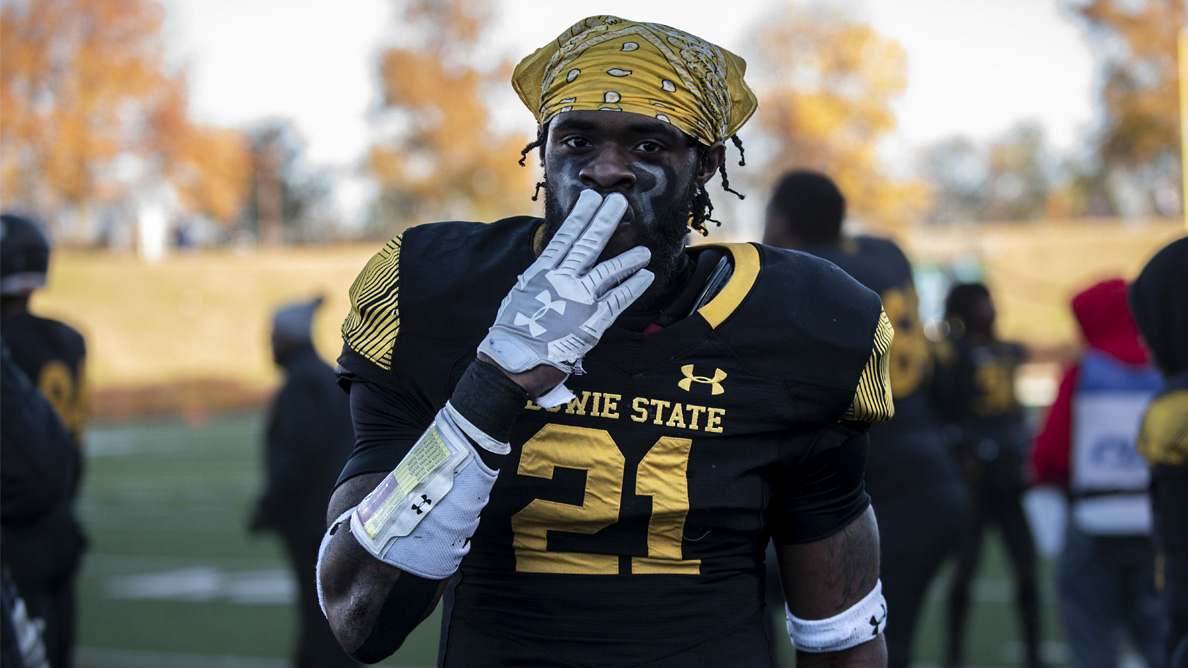 All-CIAA safety Raymond Boone is the latest starter to bolt from Bowie State via the transfer portal.

There has been a MARC train stop at Bowie State University for a while, but now the transfer portal is flowing through the campus as well.

“I know many may not respect my decision, but please try to understand as this was not an easy decision for me,” Boone tweeted. “If you been riding with me on my journey don’t stop here it only gets greater, in Jesus name, Amen.

The redshirt junior had a very good 2021 season in which he had 58 tackles (40 solo) and five interceptions to help BSU win its third-consecutive CIAA title. He made an impact as a freshman in 2019, recording 21 tackles and three interceptions while breaking up six passes to help his team go undefeated.

Boone is the latest Bowie State star to hit the portal since head coach Damon Wilson left for a job at Division I Morgan State. Cornerback Demetri Morsell, an All-American in 2009, announced his decision to hit the transfer portal last week as did defensive back Jordan Carter. Defensive lineman Joseph Murray is in the portal as well and D2 All-American Jonathan Ross hit the portal this winter and landed at South Florida.

BSU interim head coach Kyle Jackson told HBCU Gameday on Wednesday that while the program is undergoing change, he believes he has what he needs to continue to stay atop the CIAA mountain.

“The next person — you got to prepare — to understand that they’re next in line,” he said. “So I mean, granted, we have some of our top guys who have entered the portal, but we have some young guys that are ready to go as well. So it’s our job as a coaching staff to prepare those guys to get ready for New Haven that’s coming in here on September 3.  I think we’re actually in a good spot.”