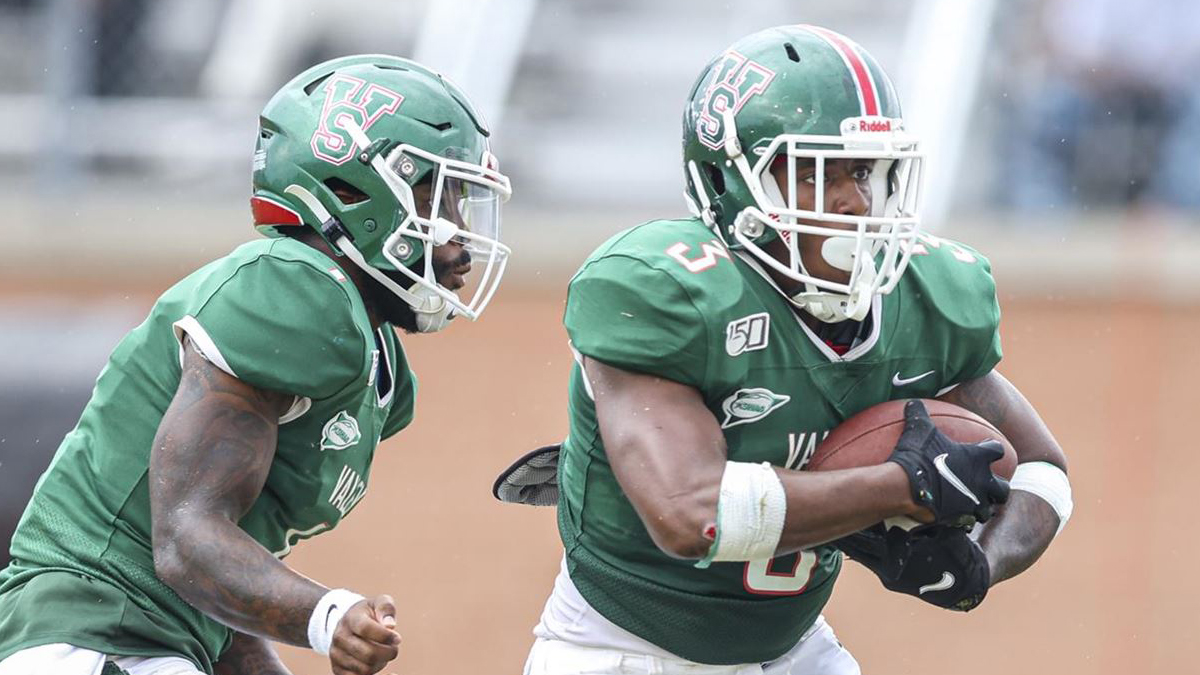 Coach Dancy and the Delta Devils have adopted the slogan “Battle Tested . . . We Ready”

ITTA BENA, Miss. – The Mississippi Valley State University football program will look to take the next step towards SWAC Championship contention and its first winning season in 16 years as it revealed its 2022 schedule on Friday morning.

Coach Dancy and the Delta Devils have adopted the slogan “Battle Tested . . . We Ready” and it will be immediately put to the test as it opens the campaign with a trip to Stephenville, Texas on September 1 for a Thursday night showdown at Tarleton in front of an ESPN+ audience at 6 p.m.

The Green and White will then make the trek to the suburbs of Nashville, Tennessee for a date with the Austin Peay Governors inside Fortera Stadium at 3 p.m. on September 10.

Valley will make its Rice-Totten Stadium debut on September 17 at 6 p.m. when it battles Division II powerhouse and local rival Delta State.

Mississippi Valley State opens up SWAC play the following weekend as it makes the short trek to the Capital City against the defending conference champions of Jackson State on September 24 at 2 p.m.

MVSU will conclude its stretch of four road contests in its first five games with a journey to Tallahassee versus FAMU with kickoff set for 4 p.m. CT in Bragg Memorial Stadium.

The Devils will then ramp up for another Magnolia State rival as Alcorn rolls into Itta Bena for a rumble under the Delta lights at 6 p.m.

Alabama State in Montgomery awaits afterwards on October 15 at 2 p.m. as Valley State looks to take its second straight from the Hornets.

The unlucky winner of Mississippi Valley’s 2022 homecoming foe will be the Bethune-Cookman Wildcats on October 22 at 3 p.m.

The road finale of 2022 takes place in Baton Rouge at Southern University at 6 p.m. on Saturday, November 12.

The 2022 SWAC Football Championship is slated for Saturday, December 3, hosted by the Division winner with the best conference record.