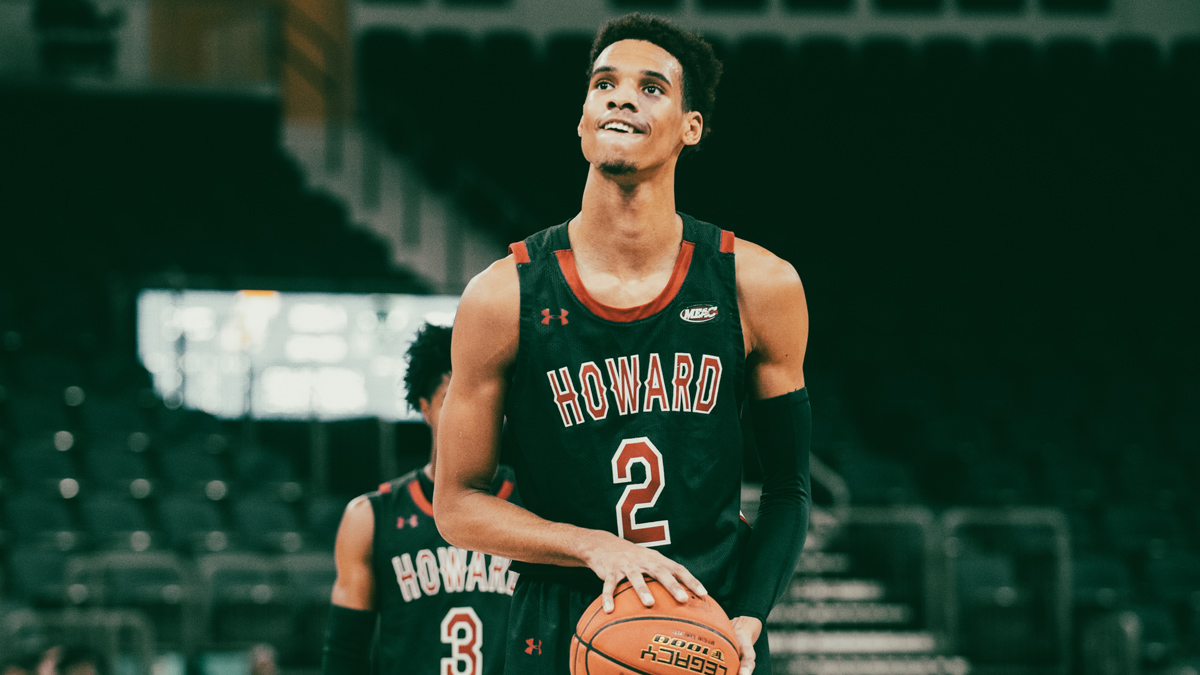 Howard University’s bid to knock off Notre Dame at home fell short. But, for once, the future looks bright for HU hoops.

The Howard basketball matchup against Notre Dame had the possibility of just being a symbolic contest between two esteemed universities. And in many years, it would have been. But not this game. Not this year.

Howard gave Notre Dame all it could handle in a game that was nearly two years in the making. The HBCU home team would ultimately fall short to the Power Five visitors by a score of 71-68, but the 11-point underdogs gave them all they could handle.

“We escaped and give Howard credit — I thought they played great,” Notre Dame head coach Mike Brey said after the game. “When we scheduled this two years ago, I remember thinking great message. And then I was thinking — we may not get out of here with a win.”

Redshirt sophomore forward Steve Settle III put up a career-high 25 points for Howard. Grad student Kyle Foster added 12 points and freshman Elijah Hawkins had 12 points and four assists. Hawkins had a chance to tie the game at the buzzer, but his three-pointer fell just a bit shy.

The first half of the first half was a fairly-even, back-and-forth contest for the first several minutes. The Fighting Irish would take advantage of several turnovers and lead the rest of the half, though a few late buckets by Settles and Co. cut the lead to just 31-30 at halftime.

Howard would start the second half on a 6-0 run to take a lead by for Notre Dame seemingly took control in the middle portion of the second half. HU would rally late but come up a bit short on the scoreboard.

Still, there was a lot to be excited for as a fan of Howard basketball — and the MEAC and HBCU basketball overall. While it has been recognized as one of the preeminent academic schools amongst HBCUs and beyond, Howard basketball hasn’t had much success on the court in recent years. Its last NCAA appearance was 30 years ago. It hasn’t even made it to the MEAC title game in more than a decade.

But credit coach Kenneth Blakeney and his staff for injecting new life into the program. It started in 2019 when he invited top tier recruits Jay Christopher and Makur Maker to campus when nobody thought either would seriously consider attending.

In 2020 Blakeney pulled off the unthinkable, signing a five-star recruit to an HBCU. Maker only lasted two games in a Bison uniform, and he’s not a part of the team now. But Howard has moved on without him, putting together a team of unearthed diamonds like Settle and Hawkins as well as veteran transfers like Foster and Tai Bibbs that showed on Saturday it can contend with the best in the MEAC.

Monday’s game — one two years in the making — was about honoring the past as a node to Dr. Martin Luther King Jr. But it also served notice that the future for Howard University basketball is bright moving forward.

781
The Latest in HBCU Sports and Culture