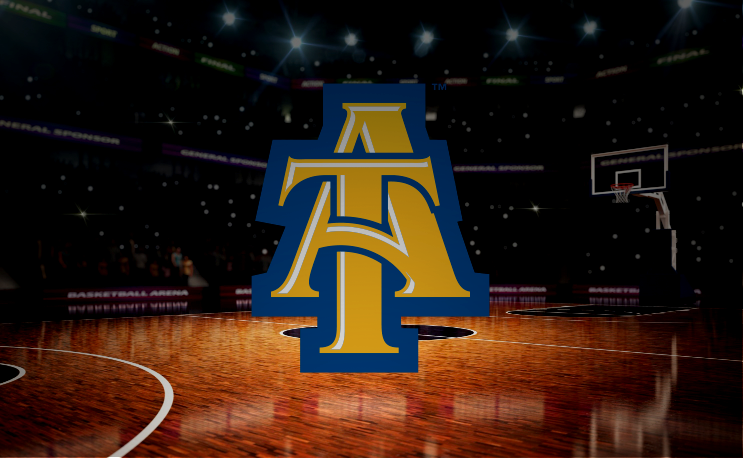 NC A&T to induct 10 into Hall of Fame

North Carolina A&T will induct 10 new members into its sports Hall of Fame on Saturday, Sept. 21.

Three of the inductees – including former head men’s basketball coaches Don Corbett and Warren Reynolds – will be inducted posthumously. The other deceased inductee is former men’s basketball star, Eric Boyd.

The Aggies also made two NIT appearances during Corbett’s tenure. Six times under Corbett, an Aggie won MEAC player of the year. Joe Binion was a three-time winner along with Eric Boyd, George Cale and Claude Williams. In 2006, N.C. A&T named the playing surface at Corbett Sports Center in honor of Corbett and former men’s coach Cal Irvin.

Corbett is a member of the following Halls of Fame: The MEAC, Guilford County, Lincoln University and the MIAA.

Warren “Big Time” Reynolds – Reynolds began coaching in 1964 at Ballard Hudson Senior High School. He quickly developed a powerhouse program and led his team to the 1968 Georgia High School State Basketball Championship. His success caught the eye of A&T football coach Hornsby Howell and men’s basketball coach Cal Irvin. They not only recruited Reynolds’ players to A&T, but they also recruited him. Reynolds became an assistant coach under Irvin in 1970.

Two years later, he would succeed the legendary coach as the university transitioned to the MEAC. Reynolds coached the Aggies from 1972-77, leading the program to its first-ever MEAC tournament title. The Aggies would go on to win two more conference tournament titles. He also won two regular-season crowns. Among his first, he was also the first A&T coach to earn an invitation to the National Invitational Tournament played in Madison Square Garden.

Reynolds became instrumental in moving the Aggies home games to the Greensboro Coliseum as the program started to outgrow Moore Gymnasium. It eventually led to the building of Corbett Sports Center in 1978.

Long after retiring, Reynolds continued to help others and his community. He kept a basketball hoop in front of his house as a safe place for kids to play. He received his undergraduate degree at Tuskegee and his master’s degree in education from N.C. A&T. A member of Kappa Alpha Psi Fraternity Incorporated, Reynolds belongs to other Halls, including Tuskegee and the City of Dothan Wiregrass.

Alonza Barnett Jr. – Barnett excelled as a three-sport star at Southwest Onslow High School in Jacksonville, N.C. As a football player, schools recruited him to play quarterback. Instead, he chose to become a signal-caller at N.C. A&T, but those plans quickly changed. Barnett became the final recruit for head coach Mo Forte who would soon leave his head coaching position at A&T to become a running back coach for the Detroit Lions in 1988.

That was not the only change Barnett went through after arriving at A&T. To add depth to the Aggies secondary, new Aggies head coach Bill Hayes decided to move Barnett to defensive back, where he played strong safety. Barnett adjusted well, becoming a part-time starter during his redshirt freshman season. Then, he became a full-time starter for the remainder of his career. He earned MEAC all-conference honorable mention honors as a sophomore, followed by two years of being named first-team All-MEAC.

During his junior season, he broke the school record with 11 interceptions in one season, which still stands today. He was a founding member of the legendary “Blue Death” Defense that put fear in opposing offenses. During his tenure, the Aggies defense helped A&T win a black college national championship (1990) and two MEAC titles (1991, ’92). Going into his senior season, Barnett’s teammates voted him team captain, and the USA Today named him a preseason All-American. He once again led the Aggies in interceptions, leaving N.C. A&T with 19 picks for second all-time. After his senior year, the Sheridan Broadcasting News named him an All-American.

Curtis Burgins – Burgins formed the other half of the Aggies fearsome safety duo with Al Barnette. Together, the two safeties owned the defensive backfield, accumulating multiple interceptions. Burgins arrived in AggieLand in 1990 out of Newton-Conover High School. He was a four-year starter for the Aggies at free safety under legendary coach Bill Hayes. Burgins helped the Aggies win back-to-back MEAC titles in 1991 and 1992.

Qasim Mitchell – Mitchell started playing football in the 7th grade because he was too big to play PeeWee football. But it was when Mitchell met Jacksonville Senior High School head football coach Chuck Martin; he realized his potential. Mitchell had an excellent high school career before deciding to attend N.C. A&T He played under legendary coach Bill Hayes and offensive position coach Keith Wagner.

His N.C. A&T career led to numerous awards, including MEAC offensive lineman of the year, All-MEAC honors and All-American accolades. Mitchell went on to have an NFL career with the Chicago Bears and the San Francisco 49ers.

Timothy Williams – Williams’ mother, Winnie, instilled Aggie Pride in him early. A 1957 graduate of N.C. A&T, Mrs. Williams taught him the importance of N.C. A&T. Williams attended Dudley High School, which is less than two miles from N.C. A&T’s campus. Throughout his youth and college career was A&T Sports Hall of Famers Ralph Brown and Roy “Spaceman” Thompson influenced him. He credits the late William Boyers for his “hard-hitting” reputation.

Despite having numerous collegiate offers, Williams chose to follow in his mother’s footsteps and attend N.C. A&T starting in 1981. Williams played in the first-ever game played at then Aggie Stadium in 1981. Williams finished his career as a four-time All-MEAC selection, a two-time All-American and runner-up for player of the year. The Minnesota Vikings drafted Williams in 1985.

Joe Binion – Binion is considered by many to be the best men’s basketball player in N.C. A&T history. Legendary coach Don Corbett recruited Binion, a 6-foot-8 forward, out of Rochester, N.Y., where he was a standout athlete at Madison High School. Binion went on to win MEAC player of the year three times. He also won outstanding player for the MEAC tournament twice, and he helped the Aggies earn the school’s first three trips to the NCAA tournament. He is the program’s all-time leader in points (2,143), rebounds (1,257), field goals made (837), and he is tied for points in a single game (41).

He also ranks in the top-10 in school history in free throws made, steals and blocked shots. In addition, he is the only player in school history to lead the team in scoring all four years, and he remains one of only 120 players in NCAA college basketball history to record 2,000 points and 1,000 rebounds in a career.

After completing his outstanding collegiate career, the San Antonio Spurs selected Binion in the third round of the NBA Draft. He also spent time with the Portland Trailblazers. Binion also played three seasons in the CBA, earning most valuable player honors in 1987 after averaging 26.2 points per game and a league-best 13.9 rebounds per game with the Topeka Sizzlers. After his CBA career, Binion continued to play an additional eight seasons overseas. Binion Libertas Livorno of the Lega Basket Serie A (LBA) in rebounding in 1989. He also won a league championship with Buckler Bologna in 1995.

Eric Boyd – Boyd attended Independence Senior High School in Charlotte, N.C., and played football and basketball. Boyd was one of the best quarterbacks in the state and earned interest in playing football at Clemson University schools. Boyd was known not only known for his tremendous athletic ability, but for those who loved him, they admired his quiet, reserved and extremely humble spirit. Boyd chose to play basketball at N.C. A&T, after turning down several other schools to play either football or basketball. Boyd is considered one of the greatest guards to ever play in AggieLand.

Boyd could play both the point guard and shooting guard positions, leading the Aggies in assists in all four seasons of his career. In 1985, the league named him MEAC player of the year. Boyd finished his career as a three-time first-team All-MEAC selection, and he is the sixth all-time leading scorer in school history with 1,528 points. He is also second all-time in field goals made (618), steals (81), fourth in assists (362) and is the all-time leader in free throws made (292).

Boyd won 78 of the 111 games played at N.C. A&T and earned all-tournament honors for the MEAC four times. Golden State selected Boyd in the seventh round of the 1985 NBA Draft. He later played in Argentina. Boyd worked in public transportation both in Mecklenburg and Cabarrus counties.

Bruce Jenkins III – Before coming to N.C. A&T, Jenkins earned All-Met in the DMV Metropolitan area. He led the state of Maryland in scoring and rebounding in 1998. Jenkins had a fabulous career at N.C. A&T, scoring more than 1,000 points and grabbing more than 500 rebounds. He graduated with a bachelor’s degree in fitness and wellness management. After receiving his degree, Jenkins played in the USBL for the Oklahoma Storm under the great Kareem Abdul Jabbar, leading them to a championship in 2002.

Jenkins then signed a contract with Passing Lane Sports to play in Brussels, Belgium. He had an outstanding career overseas. He played in various countries such as Argentina, Uruguay, Luxembourg, Finland, among other countries. Jenkins played with NBA greats throughout his basketball career, such as Steve Francis, Elton Brand, Steve Blake, Sam Cassell, Keith Bogans, and Baron Davis. After returning home, he furthered his education and earned his master’s degree in criminal justice management from the University of Maryland University College.

Jenkins works as an administrator in the education sector with the Washington D.C. public school system. He is also the owner of BJ3 Sports and Fitness, specializing in metabolic and HIIT training. During his N.C. A&T career, Jenkins played with current N.C. A&T women’s basketball coach Tarrell Robinson.

Odell Benders, Jr. – Benders played three sports at East Carteret High School, winning the Mariner Award for the best athlete as a senior at East Carteret. Benders did not participate in track and field until his sophomore year in high school after his cousin persuaded him to join the team. He participated in several events, but it became apparent the high jump would be his main event. Odell earned two state titles in the high jump in 1993 and ’94. In 1993, he set a Class 2A state record in the high jump with a leap of 6-feet, 10 ¼ inches.

The record lasted 17 years before it was broken in 2010. Benders spent one year at Fayetteville State before transferring to N.C. A&T. Once he became an Aggie, Benders thrived in the high jump event. He received five All-MEAC honors, winning three event conference titles during his career. He also helped the Aggies win two MEAC championships (1996 indoor and 1996 outdoor). Benders consistently ranked among the top-20 high jumpers in the nation during his career at N.C. A&T, finishing ranked as high as 16th. He still owns the school record in the high jump, as he recorded a leap of 7-feet, 2-inches at the University of North Carolina. The jump also made him a provisional qualifier for the NCAA Track and Field Championships.

NC A&T to induct 10 into Hall of Fame