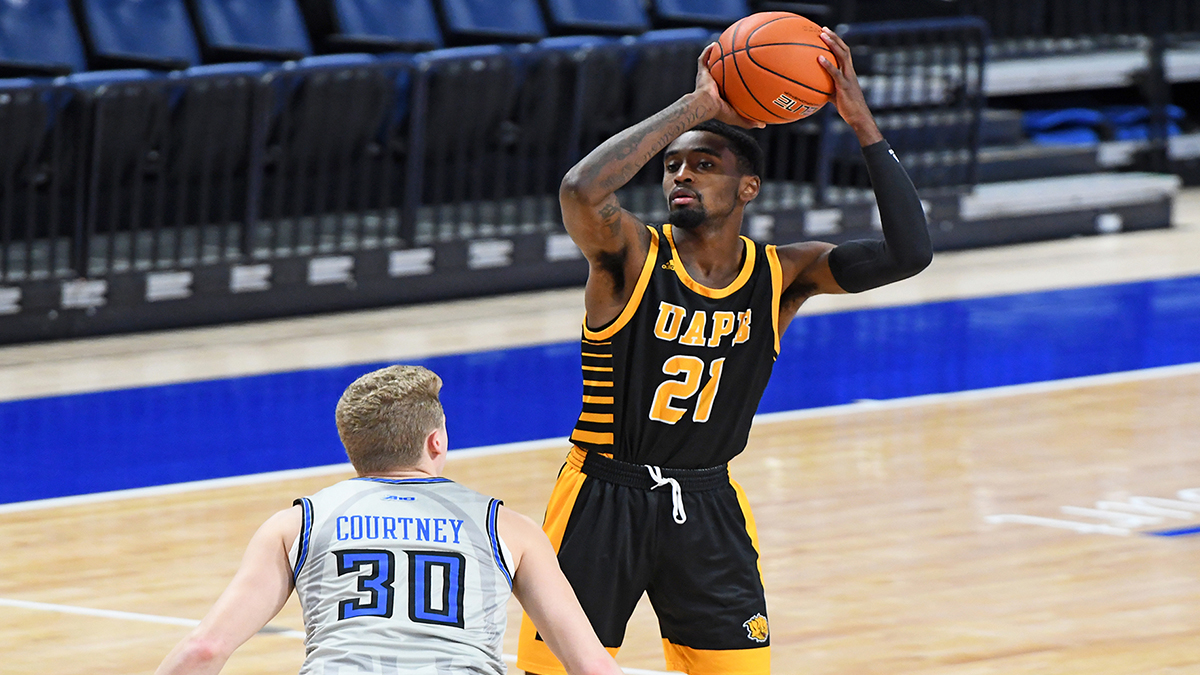 Shaun Doss Jr. of Arkansas-Pine Bluff led his team in scoring and rebounding. He’s now testing the transfer portal along with many others.

The number of HBCU players in the transfer portal continues to grow.

The University of Arkansas-Pine Bluff has seen its leading scorer and its top-two leading rebounders enter the transfer portal as of late.

Point guard Shaun Doss Jr. has entered the portal. The 6’0 point guard from Marion, Arkansas will test the waters for his services. He averaged a team-high 15.9 points per game and also led the team in rebounding with 6.5 boards per game. He had several big games, including a 31 point, 10 rebounds, three-assist, two-block and two steal effort against Alabama St. He was named first-team All-SWAC.

Doss is joined in the portal by Markedric Bell. Bell is a 6’8 forward from Starkville, MS. He averaged just under eight points per game and finished behind Doss Jr. in rebounding with 5.2 boards per game. Bell’s biggest talent, however, is on the defensive side, where he blocked a team-high 40 shots in 25 games. That total led the SWAC.

Coppin State big man Kenan Sullivan has entered the portal following his redshirt freshman season. Sullivan hails from the Netherlands. He averaged 5.8 points and 3.4 rebounds per game as Coppin won a share of the MEAC Northern Division.

North Carolina Central has a total of nine players from its 2020-21 roster in the transfer portal. Over the weekend, however, NCCU filled up one of its holes by picking up a new commitment. Former Providence forward Kris Monroe declared his intention to play for NCCU.

Monroe is a 6’8 forward who has played in 40 games over three seasons at Providence, averaging 1.2 points for his career. He hails from Raleigh, NC however, which is a stone’s throw away from Durham.

Check out the updated list of HBCU players in the transfer portal below.