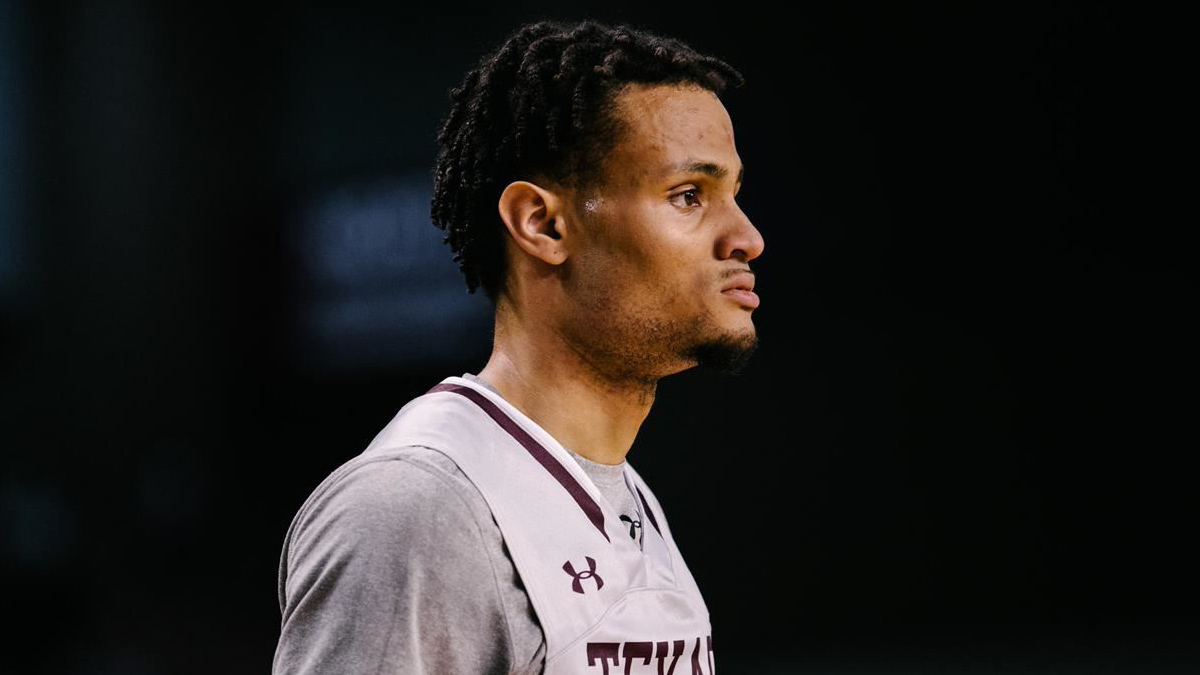 Jordan Gilliam lifted Texas Southern past Grambling State on Saturday night in a tight game that went almost literally down to the last second.

GRAMBLING, La. – For the second straight weekend, Texas Southern fans have had to live on the edge of their seats in the final seconds as both times Jordan Gilliam had a hand in the final outcome. Gilliam’s basket with 2.6 seconds remaining followed by a big steal lifted TSU to a 75-73 road win over Grambling State as TSU held on in a game of runs.

In a season full of adversity already, the Tigers were thrown a curveball early Friday morning as forecasted weather conditions forced the contest to be pushed up two hours on Saturday.

Grambling State used an early run to begin the game to jump out to a 15-6 lead as Cameron Christian was a one-man crew with six points during the run. Sensing the game slipping away, Yahuza Rasas and Michael Weathers both nailed huge three-pointers to break GSU’s momentum and draw TSU back within 17-13. Christian nailed another basket to move GSU ahead by six but TSU persevered and went on a 9-2 run over the next 3:11 led by Justin Hopkins’ four points for a 22-21 lead.

From there, TSU began to roll as they went on and outscored Grambling State 24-11 over the final 8:01 of the first half. TSU sizzled like a fine steak from the field as they went 9-of-15 overall and 4-of-6 from the three-point line in addition to three steals as GSU committed five turnovers en route to a 46-34 halftime lead.

TSU would maintain a double-digit deficit for the first three minutes of the second half but it dwindled thanks to a 6-0 GSU run over the next 1:09 as they trailed 49-45. TSU answered with a team effort and countered with an 8-2 surge to reclaim a 59-49 lead with 12:19 left but Grambling State refused to go away and outscored TSU 10-2 over the next minute to claw back within 59-57. TSU’s Quinton Brigham hit a pair of free throws to end the drought for TSU at the 9:11 mark as they scored six straight to push the lead back to 65-57 a minute later.

However, the momentum meter went back to Grambling State in a big way over the next five minutes as GSU went on a 12-2 run to claim a 69-67 lead with 2:59 left. To make matters worse, TSU’s Michael Weathers fouled out with 2:17 left and Grambling State’s lead increased to 70-67 after a Trevell Cunningham free throw.

Jordan Gilliam answered with a big basket to cut the deficit to 70-69 and after a GSU miss, Gilliam was fouled and hit a pair of free throws to move TSU back on top 71-70 with 1:25 remaining. Cunningham responded with a basket to put GSU ahead 72-71 but Karl Nicholas took a Hopkins’ assist and scored to send the lead back to TSU at 73-72 with 41 seconds left.

Cunningham missed a three-pointer and TSU had a chance to start sealing the game but GSU grabbed the offensive rebound and was fouled. GSU’s Kelton Edwards’ hit 1of-2 free throws to knot the game at 73-all which set up Gilliam’s game-winner. GSU attempted a desperation pass late but Gilliam picked off the pass to give TSU its fifth straight win and to avenge a loss to GSU in January.

Gilliam led TSU with 18 points and nine assists along with three blocks and two steals. Hopkins scored 15 points with six boards while Nicholas had a monster game with 13 points, 14 rebounds and three blocks.

TSU is back in action on Monday night at Jackson State for a nationally televised ESPNU contest at 8 p.m.