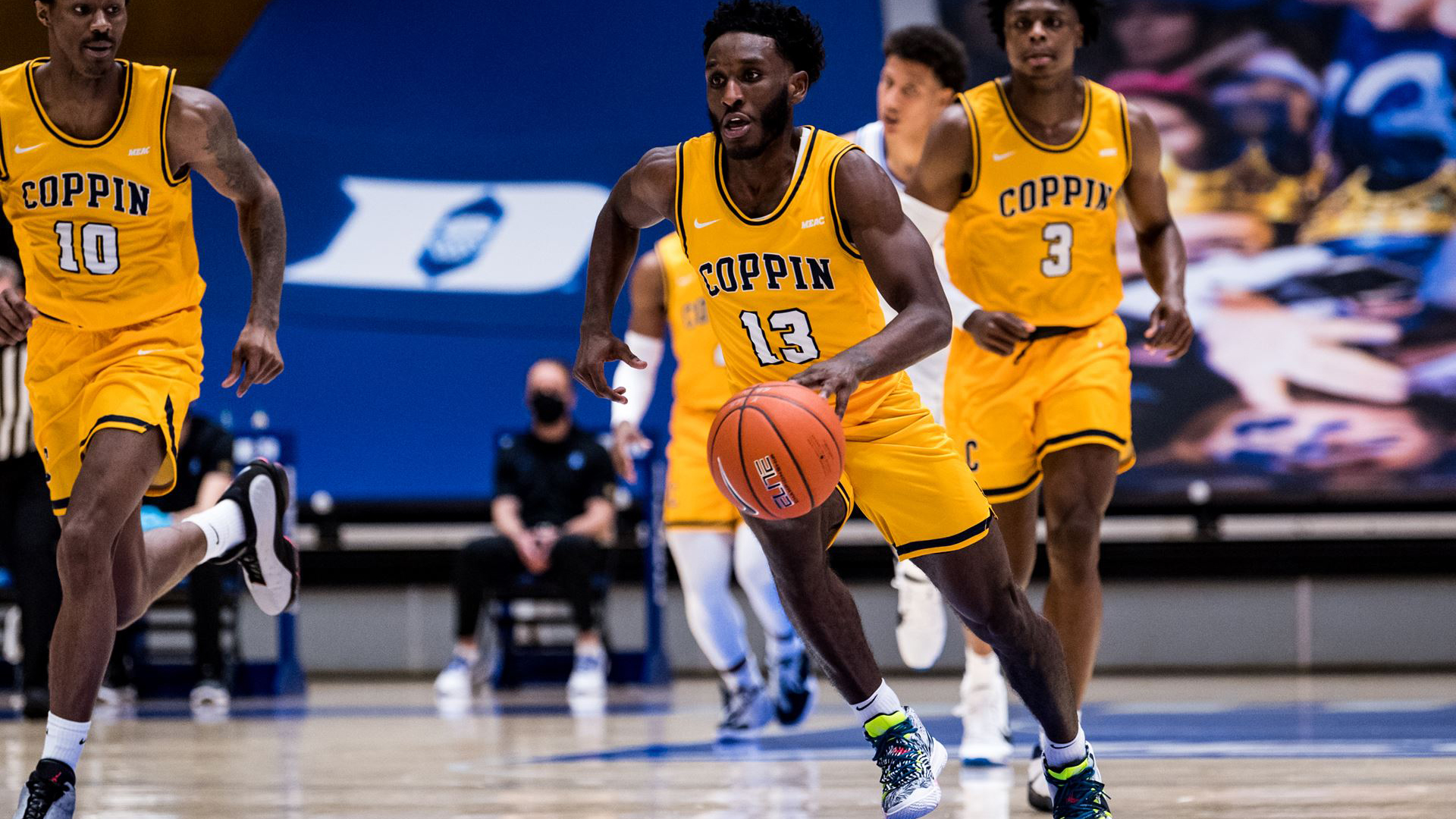 Playing college basketball during the COVID-19 pandemic means having to adjust on the fly. Several HBCUs are having to switch up.

COVID-19 has certainly left its mark on Division I basketball, and HBCU basketball is no exception.

Coppin State women’s basketball has been paused due to a positive COVID-19 test. It cost CSU a game against Mount St. Mary’s on Wednesday. It will also keep CSU from playing Maryland on Dec. 5, 2021. Maryland is the alma mater of new head coach Lauren Harper.

The Coppin State men’s basketball program had its Dec. 2 game against Towson postponed after a TU positive test. This comes after Coppin’s opening games at Marshall’s multi-team event were canceled. So far, it has only played one game, against no. 9 Duke.

There have been some additions, though. Two new games were added to the schedule on Thursday. CSU will travel to George Washington on December 5. It will host James Madison on Dec.10. Both schools have already suffered losses to HBCUs, with Hampton beating GW earlier this week and Norfolk State knocking off JMU in its opener.

Update: The James Madison game has been canceled due to a positive COVID-19 test on its end.

Both Norfolk State and Hampton have also seen changes to their schedules.

The Norfolk State-William & Mary men’s game scheduled for Dec. 9 at Joseph Echols Hall has been postponed due to a positive COVID-19 test within William & Mary’s Tier 1 personnel. The teams may reschedule the game for a later date.

Hampton’s men also have a pair of changes as well. The home opener with Regent University on December 10 has been canceled due to a COVID situation with Regent. The next home game against William & Mary has been rescheduled now to December 16 at 6 pm.

Hampton and Norfolk State are scheduled to meet up on Dec. 7.

Tennessee State, the OVC’s HBCU basketball team, is still waiting to play its first game. It was set to open the season against Coppin State at the Marshall event. It was then set to open against Belmont at home on Dec. 2, but TSU didn’t have enough players due to COVID-19 protocols.

The Tigers will now host the Bruins, Friday, Dec. 18 for a 6 p.m. tipoff in the Gentry Center.

“The decision to postpone our game is in accordance with the Ohio Valley Conference Medical Advisory Group and the University’s COVID-19 Pandemic Task Force,” Dr. Mikki Allen, director of athletics for Tennessee State, said.

“Though it’s unfortunate that our home opener will be delayed, the health, safety and well-being of our student-athletes will continue to be our guiding principle as we navigate COVID-19.”

Prairie View started its season at a Louisville multi-team event. PVAMU was set to play the University of North Carolina at Greensboro on Tuesday and Western Kentucky on Thursday.

Those would have been a solid test for PVAMU, which nearly knocked off Arkansas Little-Rock in its opener before beating Evansville. Instead, it will look to get restarted soon.