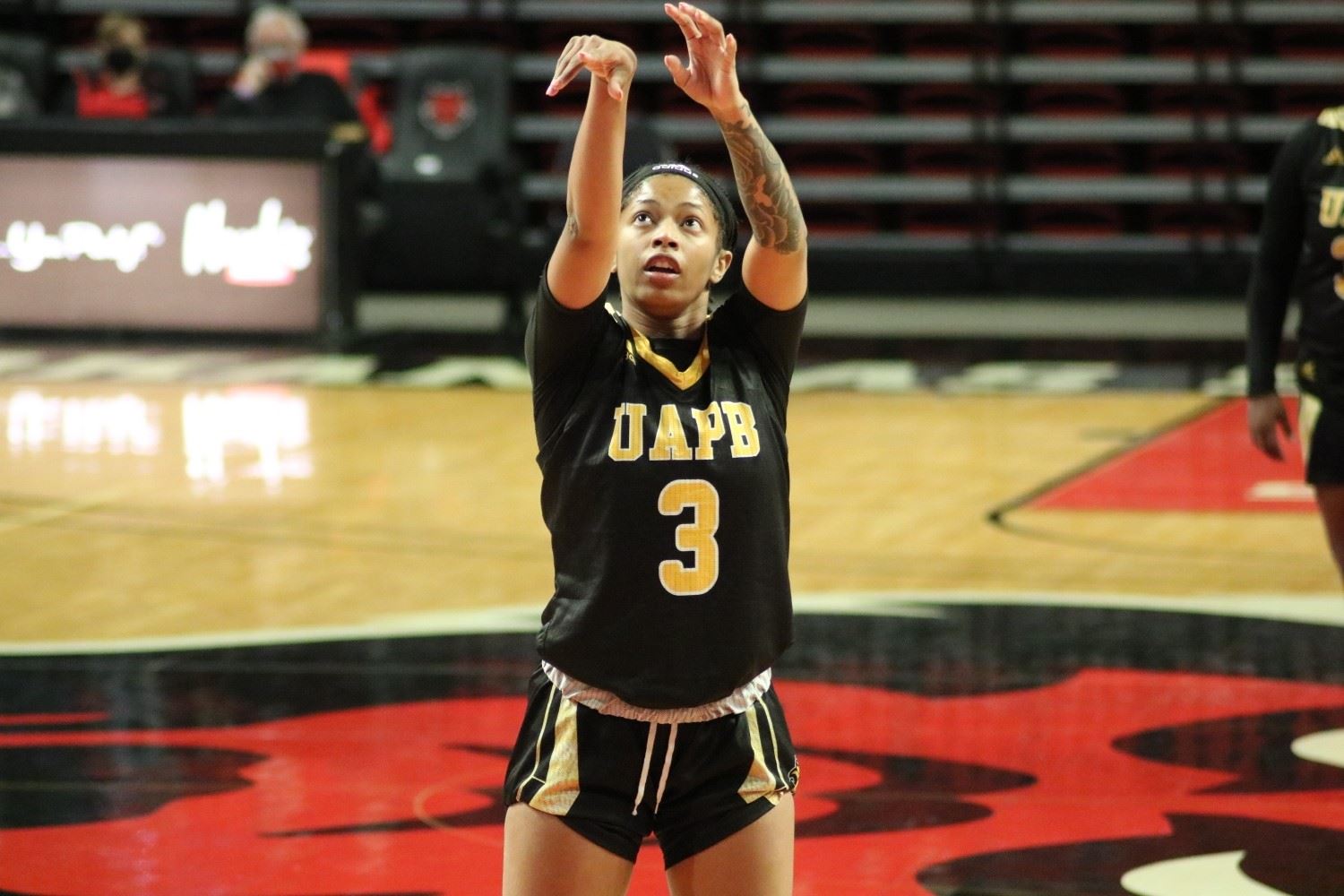 Arkansas State had beaten UAPB 13-straight times heading into Friday night. The streak was ended in a big way by UAPB.

Leading 40-36 at the half, Arkansas State cut the UAPB lead to one on three different occasions, the last at 49-48 with just under six minutes to play in the third quarter.

The Lady Lions answered with a three-pointer by Totten, and a layup and later a free-throw by Kennerson to withstand the run. UAPB led the game for more than 32 minutes and never trailed after taking the lead with just over nine minutes to play in the first half.

“We talked all week in practice that preparation is your separation,” said second-year UAPB head coach Dawn Brown. “For us, we did a really good job in terms of getting in the gym amd staying focused on the things we needed to do. We knew we would have to be able to hit shots. Having the opportunity to rep those things and looking at the shots we knew we were going to get in our offense, we practiced on all week. I have to give these young women credit for coming out and working so hard.”

The lead see-sawed in the first quarter, with UAPB trailing 20-19 after one. The Golden Lions took a big-second quarter lead on a 16-3 run to begin the period to take a 35-23 lead on a Pyburn three-pointer. Arkansas State made a late run to cut the UAPB lead to four at the half, setting the stage for the key third-quarter stretch.

In the fourth quarter, a Pyburn three with just under four minutes to play gave the Lady Lions a double-digit lead they would not relinquish.