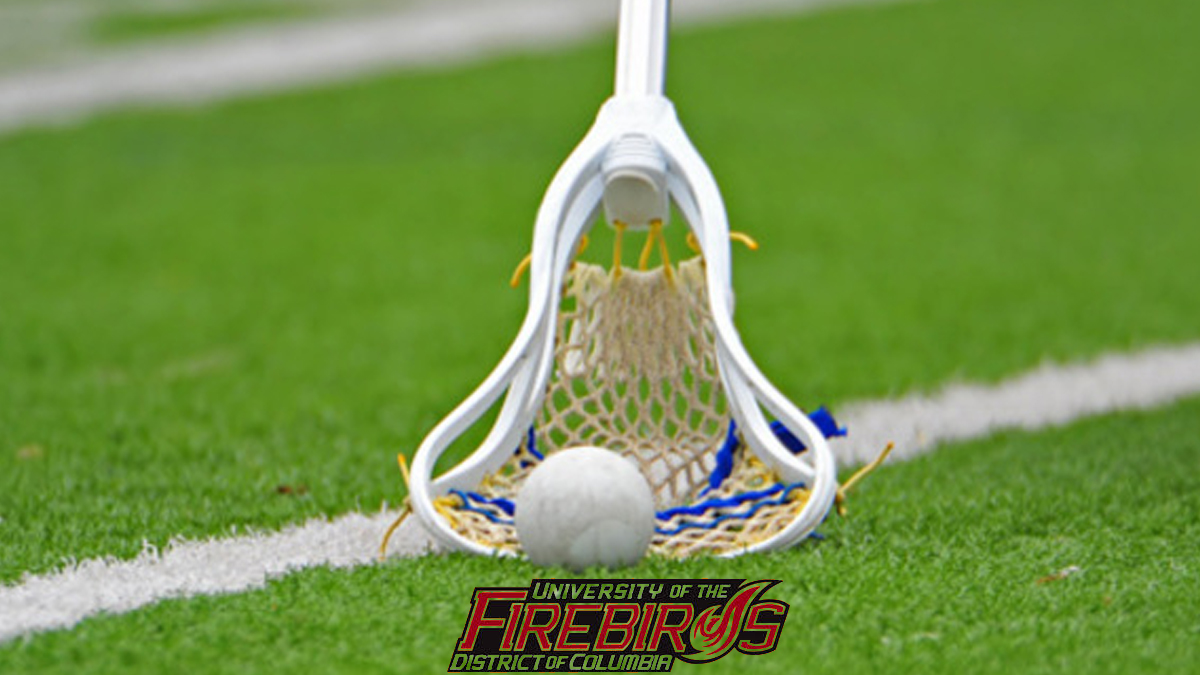 The University of the District of Columbia gets into the win column in men’s lacrosse.

After a muddy affair in our nation’s capital, UDC Men’s Lacrosse (2-0, 0-1 ECC) triumphed over Barton College (0-2) in a gritty overtime thriller on Feb. 11. The Firebirds were content on notching their first win in 2020 after dropping a season opening loss to nationally ranked New York Tech. This contest was the first meeting between Barton College and UDC.

Barton College sailed past UDC via a 5-1 run in the first quarter. After allowing an early 2nd Quarter goal to Barton, the Firebirds would answer back with three consecutive goals (two by Joseph Cote and a Jeffery Vo score). Cote would contribute two more goals before the conclusion. Unfortunately, Barton added three more scores to earn a 9-6 lead. At halftime, Head Coach Rodger Colbert urged his young UDC Firebird squad to ramp-up their gameplan in order to chip away at Barton’s lead.

The UDC offense marched past the Barton defense by scored three additional goals in the 3rd Quarter’s 7-minute mark (2 goals from Jacob Saunders and a score via Turner Allison). With the score knotted at 10-9, Barton would burst back with a 3-1 run that extended until the early 4th quarter and earned them a 14-10 lead. UDC responds back to the Bulldog assault by scoring 2 goals in the 4th Quarter’s 12-minute mark (Eric Boco and Zander Torres). Barton created widened their lead to 15-12 after a goal in the 11-minute mark. Coach Rodger Colbert inspired his Firebirds to rise from the ashes and help protect District of Columbia Field. In the late 4th Quarter, the UDC offense capitalized on their head coach’s words by unleashing barrage of 4 straight goals and claimed their first lead of the game at 16-15.

However, Barton College snuck a crucial goal before regulation’s end to send the match into overtime. UDC refused to let their flame die in the frigid Washington weather. The unassisted heroics of Zander Torres solidified the muddy but rekindled Firebirds to their first 2020 victory, 17-16.