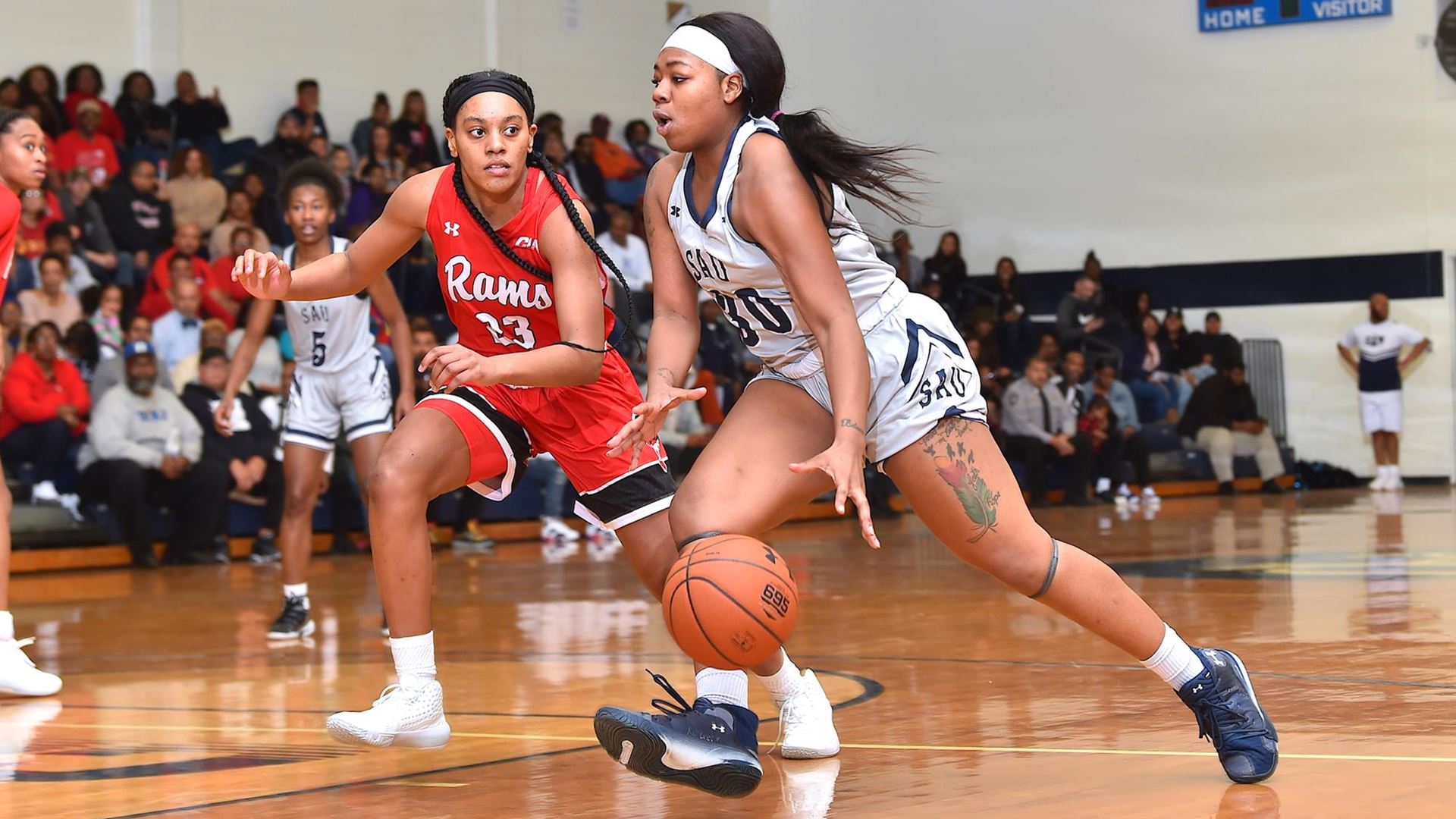 Falcons basketball is now on the road for two straight weeks leading up to the CIAA Tournament.

Anyone’s game in the last minute

Their defense and inside play gave the Lady Falcons the edge in a contest that featured 11 ties and 14 lead changes. The score was tied 63-63 with 49 seconds left but Renwicks scored the final four points as the Lady Falcons outscored the Rams 4-1.

After Renwicks’ free throw with five seconds left gave the Lady Falcons a three-point lead, the Rams had a chance to tie but Milequa Eason (Jr./Woodland, NC) blocked a three-point attempt as time expired. Taylor Daniels scored 16 points and Melody Prichard added 11 points for the Rams (5-8 CIAA, 10-14 overall), who twice led by 12 points in the second period. The Lady Falcons pulled ahead late three times, including 35-34 at halftime on a layup by Tanisha Wall (Sr./Franklinton, NC).

The Lady Falcons (4-10 CIAA, 9-15 overall) won on a day when Williams reached the 1,000-point plateau. Needing eight points entering the game, Williams achieved the milestone on the first of two free throws with 3:28 left in the second period. At halftime, Williams was recognized at midcourt for her accomplishment.SAU tied the season series 1-1 with the win over its Southern Division opponent.

The Lady Falcons lost to the Rams in Winston-Salem, N.C., in December 2019. The contest was the last home game of the season for the Lady Falcons, who play four straight road games during a two-week span before the CIAA Tournament. They visit Johnson C. Smith University in Charlotte, N.C., on Tuesday, Feb. 11, at 5:30 p.m.