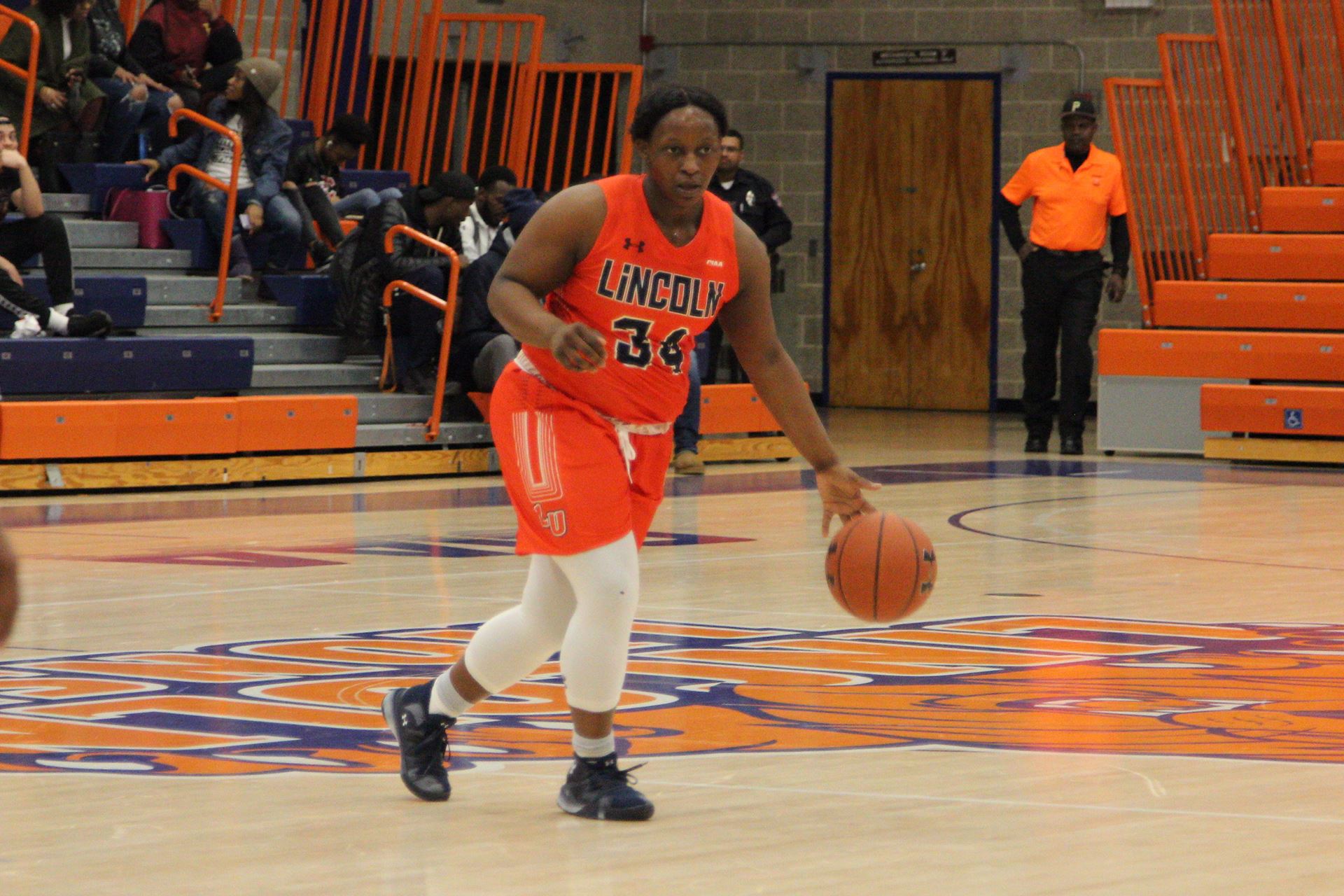 Lincoln University, Pa. – The  Lincoln University women’s basketball team struggled offensively for much of their game against Winston-Salem State University but put it together to rally from an eight-point fourth-quarter deficit and eventually force overtime where they pulled away for their eighth straight win 65-59 Monday night at Manuel Rivero Hall.

Joy Morton’s (Lansdowne, Pa./Penn Wood (Harford C.C.)) four free throws in the final 13 seconds and a steal from Bryanna Brown (New York, N.Y./Bishop Loughlin (Nyack)) sealed the win for Lincoln, who moved up to the #2 ranking in the D2SIDA Atlantic Region media poll earlier in the day. The Lions improve to 21-3 overall.  WSSU falls to 10-13.

DeAshia Young (Detroit, Mich./Detroit Public Safety Academy (Labette CC)) broke the Lions’ single-season record for assists in the game with eight dimes on the night, giving her 117 for the season and surpassing the previous mark of 114 set by Brianna  Logan during the 2017-18 campaign.  Young’s record-breaking assist came late in the third quarter with a pass to Alisia Machado (Brooklyn, N.Y./Medgar Evars Prep (Grambling)) who converted a 10-foot jumper from the left baseline.

The game saw six ties and seven lead changes in the first two quarters as the Lions and Rams battled to a 23-23 tie at halftime.

Brittany Hinton (Philadelphia, Pa./Imhotep Charter (Baltimore City C.C)) opened the second half with a layup and Murray added a three-ball to put the Lions ahead by five only to see the Rams score seven straight to take a 30-28 lead.  A layup from WSSU’s Melody Prichard (28 points) put the Rams ahead by three, 32-29.  Cheek’s three-point basket then tied the game at 32-32.  Prichard later added a three-ball to put WSSU up three, 39-36 heading into the final quarter.

A 7-2 run by the Rams gave the visitors their largest lead at 46-38 with 5:58 left.  Murray followed with her second three-pointer of the game, triggering a 12-2 spurt by the Lions over a two-minute span to tie the game once again at 48-48.  Lincoln tacked on three more points to the run, making it a 15-2 effort and took a three-point lead 51-48 with 2:15 left.  WSSU finished the quarter scoring four of the final five points to send the game into overtime, knotted at 52-52.

The overtime belonged to the Lions as layups from Cheeks and Murray broke a 57-57 tie and gave Lincoln a 61-57 lead.  The Rams got single free throws from Teara Johnson and Prichard to pull within two before Morton closed out the scoring with four consecutive free throws.  Brown steal in the final second put the exclamation point on the win.