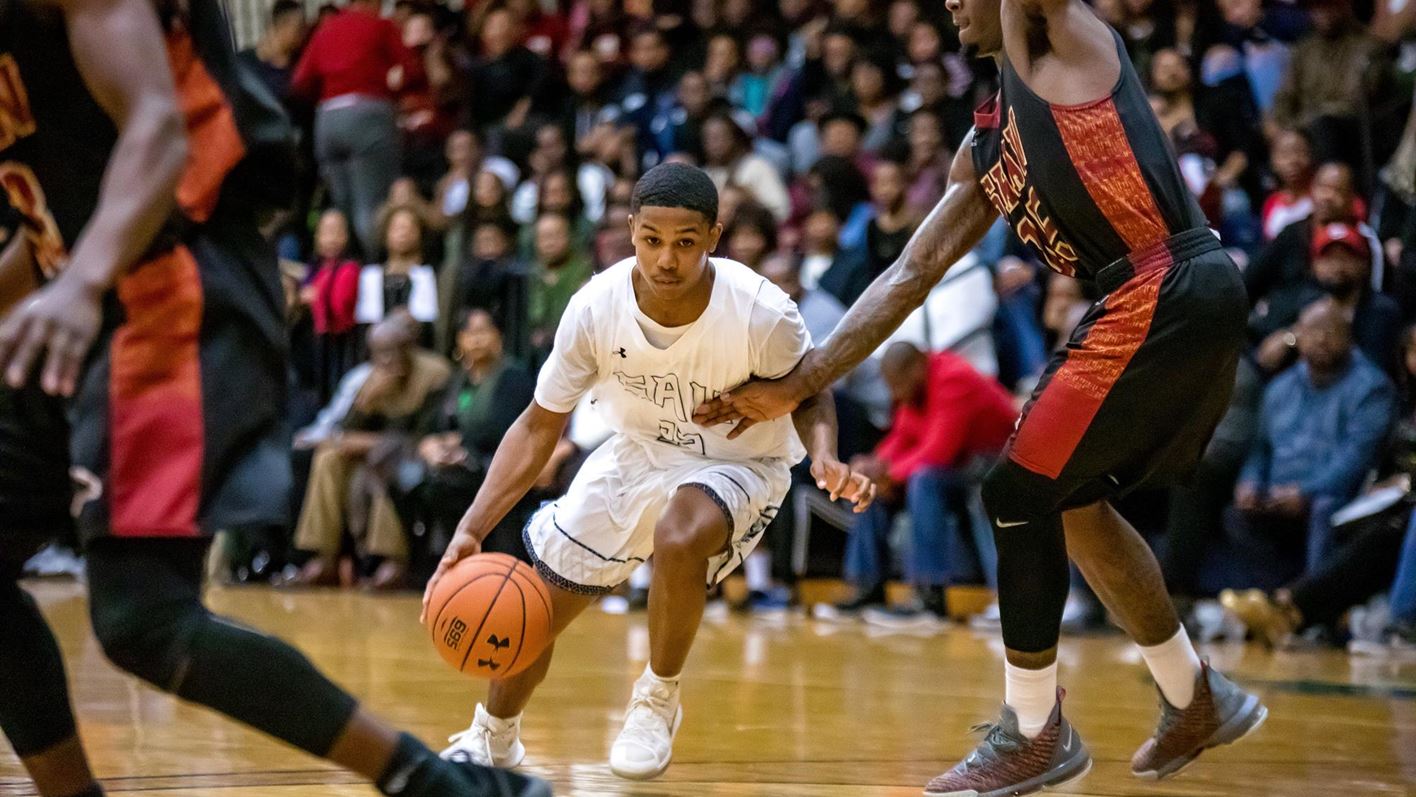 RALEIGH, NC–In their cross-town rivalry, the St. Augustine’s Falcons came away with a 105-94 victory over the Shaw Bears. In a battle of two struggling teams playing for bragging rights, the game boiled down to one simple principle: team ball vs hero ball.

Early in the game Shaw’s experienced trio of junior guard Greyson Kelley, senior guard DaVaughn Kelsie, and junior center Alex Owens gave SAU all they could handle.  Shaw jumped out to an early 22-14 lead and seemed to be in good shape behind the three scoring 39 of the Bears 43 first-half points. However as often happens with offenses that thrive off of limited ball movement the players tire or are subbed out and that scoring isn’t sustained. That’s exactly what happened here.

Immediately after Shaw extended it’s lead to eight points its big man seemed to tire and Kelsie was subbed out following a couple of fouls. That’s when St. Aug finished the half by outscoring Shaw by 14 points. Junior guard Nilous Hodge led this effort with great tenacity on both ends but nine players checked in for the Falcons in the first half and all of them had a least one made shot by halftime. The Falcons took a 49-43 lead to halftime and never looked back.

Shaw couldn’t regain the early rhythm they had which allowed the Falcons to continue to “spread the wealth” as their head coach Marqus Johnson put it. Six Falcons finished in double-digit points as Shaw only had the aforementioned three. That combined with the fact that St. Aug had 18 assists to Shaw’s ten says all you need to know about this game. St. Augustine’s lead ballooned to 20 points at one point. However a late run from Shaw made the final tally a little more respectable.

St. Aug looks to carry this momentum into their game against Johnson C Smith Monday, as the Bears look to bounce back against Winston Salem State Monday.