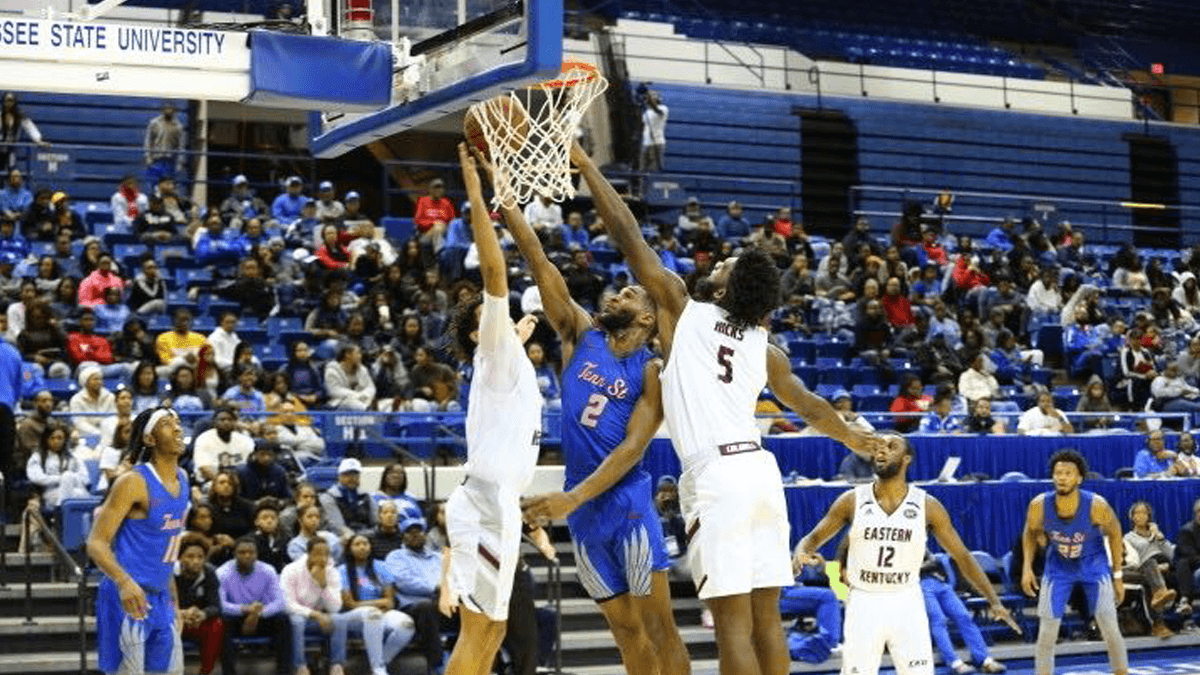 NASHVILLE — A missed shot in the final five seconds of the night and a pair of free-throw shots ended the Tigers’ 7-0 home-game winning-streak as the Tennessee State men’s basketball team fell to Eastern Kentucky, 92-88 Saturday in the Gentry Center.

Big Blue battled its way back from an 11-point deficit late in the first half to take its first lead in over 23 minutes of play. Its short, one-point leads were often overtaken just seconds later. Tied with 1:19 on the clock, the Colonels drew two fouls for trips to the free-throw line, to regain the lead and take the first opponent victory in Gentry Center this season.

Three Tigers scored in double-digits in the second half alone as the team went 10-for-12 from the charity stripe, 5-for-11 from beyond the arc and 14-for-29 from the floor.

Carlos Marshall’s scoring consistency over the last four games has helped the Tigers’ offensively as the redshirt junior led the team with 22 points, 12 in the second half. Michael Littlejohn lit it up from three-point distance, making four of the seven TSU threes.

The Colonels’ accuracy from the free-throw three-point line forced TSU to maintain its defensive prowess and up its offensive efficiency. EKU’s Jomaru Brown led the game in scoring with 37 points.

The Tigers hit the pavement for a four-game road swing beginning at Austin Peay, Thursday, Jan. 23. Tip is set for 8 p.m. in the Dunn Center.