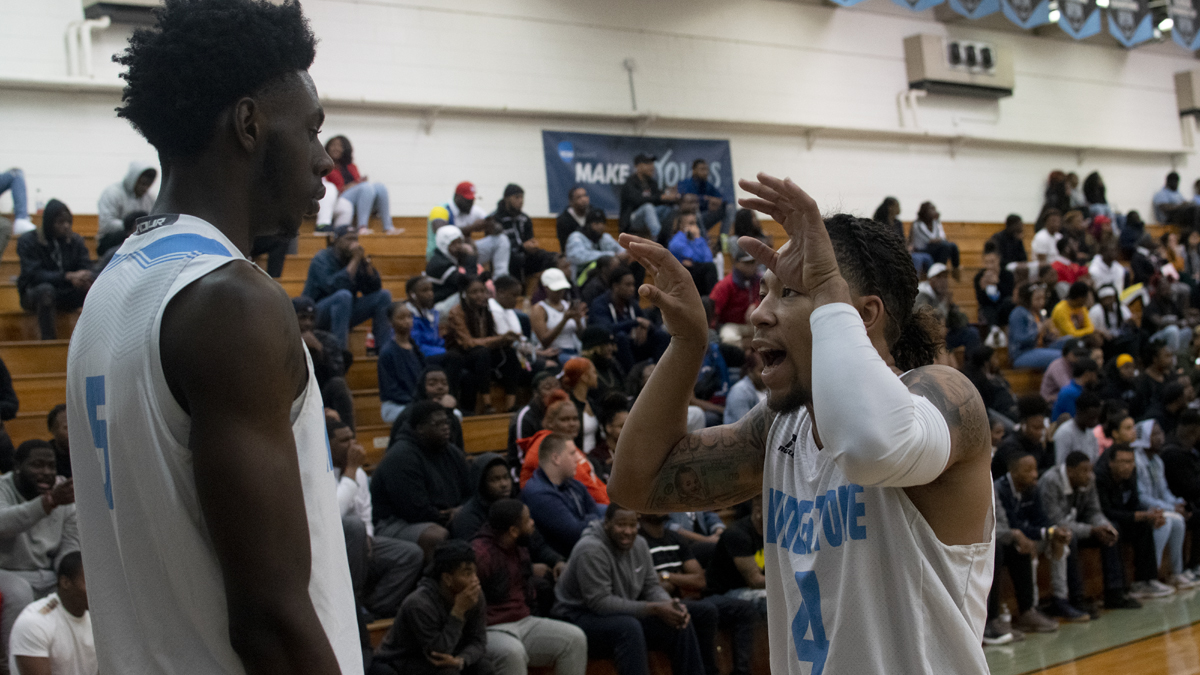 Roger Ray and Lydell Elmore have held Livingstone College down all season. Can they get a consistent third wheel to help carry the load?

Livingstone started the season as a team expected to run-and-gun its way to a CIAA South title.

Through the first nine games of the season it looked like that would happen as the Blue Bears started the season 7-2 behind senior guard Roger Ray and junior big man Lydell Elmore.

Since that hot start, however, LC has hit a rough patch. It has lost four of its last five games, with the lone win coming over Shaw just before Christmas break.

Ray has lived up to his billing, scoring just under 21 points per game so far while dishing out 79 assists in the first 14 games. Elmore, one half of LC’s “Twin Towers” with his brother Nevar, has turned into consistent second option for LC. The 6’8 junior from South Carolina is averaging 16.6 points per game along with 8.5 rebounds. He’s been in double-figures in all but one game this season

The issue for LC has been having a third scorer that teams have to fear. As it returns home for its first game of the new semester, it is still looking for someone to step up an help Ray and Elmore on a more consistent basis.

Cameron Carpenter might be the most likely answer. When Livingstone has played well, Carpenter has been a key contributor, putting up 19 against Virginia State and 16 the following game against Lincoln. He stepped up for 14 in a win against Shaw, but he’s been less of a factor in the losses.

Malik Smith is another candidate. He’s averaging 8.5 points and shooting 46 percent for the season. At 6’7, the Flint, MI native is mismatch for most guards in the CIAA, he probably just needs more touches.

LC could also use more scoring from the other Twin Tower, Nevar Elmore. He has always been more of a defensive presence (his 26 blocks double his brother’s total) and as a rebounder, but he’s shown signs this season that he has the ability to put the ball in the basket. He opened the season with 20 points and was big in the win at home against Lincoln.

LC will hope to have things figured out by Thursday when it hosts a talented Elizabeth City State team coming off a big win over Lincoln on Tuesday night.

LC coach James Stinson knows what it takes to build a championship team, and in both of his team’s title seasons, he’s had at least three prime-time scorers. The 2014 team revolved around Mark Thomas and Jody Hill in the backcourt, but Eric Mayo was a problem down low. The 2015 team had several players that could go off at a moments notice, including tournament MVP Ty Newman.

If one of these players can become that third wheel, Livingstone should contend for the CIAA South title. If two or more can do it, it could be hoisting the Big House Gaines Trophy on Saturday night for the first time in five years.