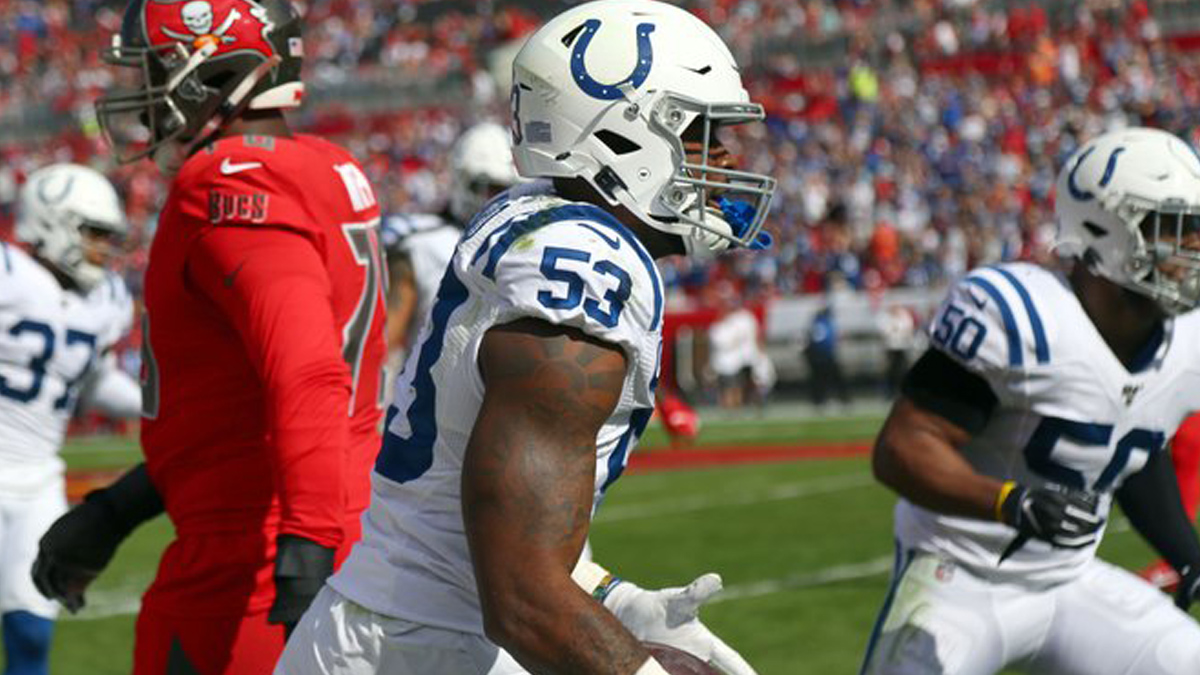 One year after getting snubbed by the NFL, our 2017 defensive player of the year Darius Leonard is headed to the Pro Bowl.

Darius Leonard is finally getting his just due after getting shafted as a rookie in 2018.

The Colts linebacker and former South Carolina State star has been selected to the Pro Bowl for the first time in his short career, the team announced on Tuesday.

Leonard has 104 total tackles in 11 games at inside linebacker , six of them for loss along with five sacks, two forced fumbles and four interceptions. He’s the only player with at least 100 tackles and five sacks.

“I think he’s seeing more. I think he’s understanding the game more,” Colts defensive coordinator Matt Eberflus said. “That’s what we’re talking about with the growth mindset. Like everybody else, he has games that are really special and dominating games, and he has other games where he learns a lot. The most important thing is that you take that performance and you keep learning as a young player and you keep developing. Even as a guy who has experience, you have to keep getting better in this league and he’s done that. It’s really a tribute to him.”

It’s sweet redemption for Leonard, who missed the Pro Bowl as a rookie despite leading the league in tackles and being named All-Pro as well as Rookie of the Year. His sophomore season has been just as impressive as he’s missed several games with injury.

Congrats to Leonard for continuing the legacy of South Carolina State and HBCUs, as well as writing his own.