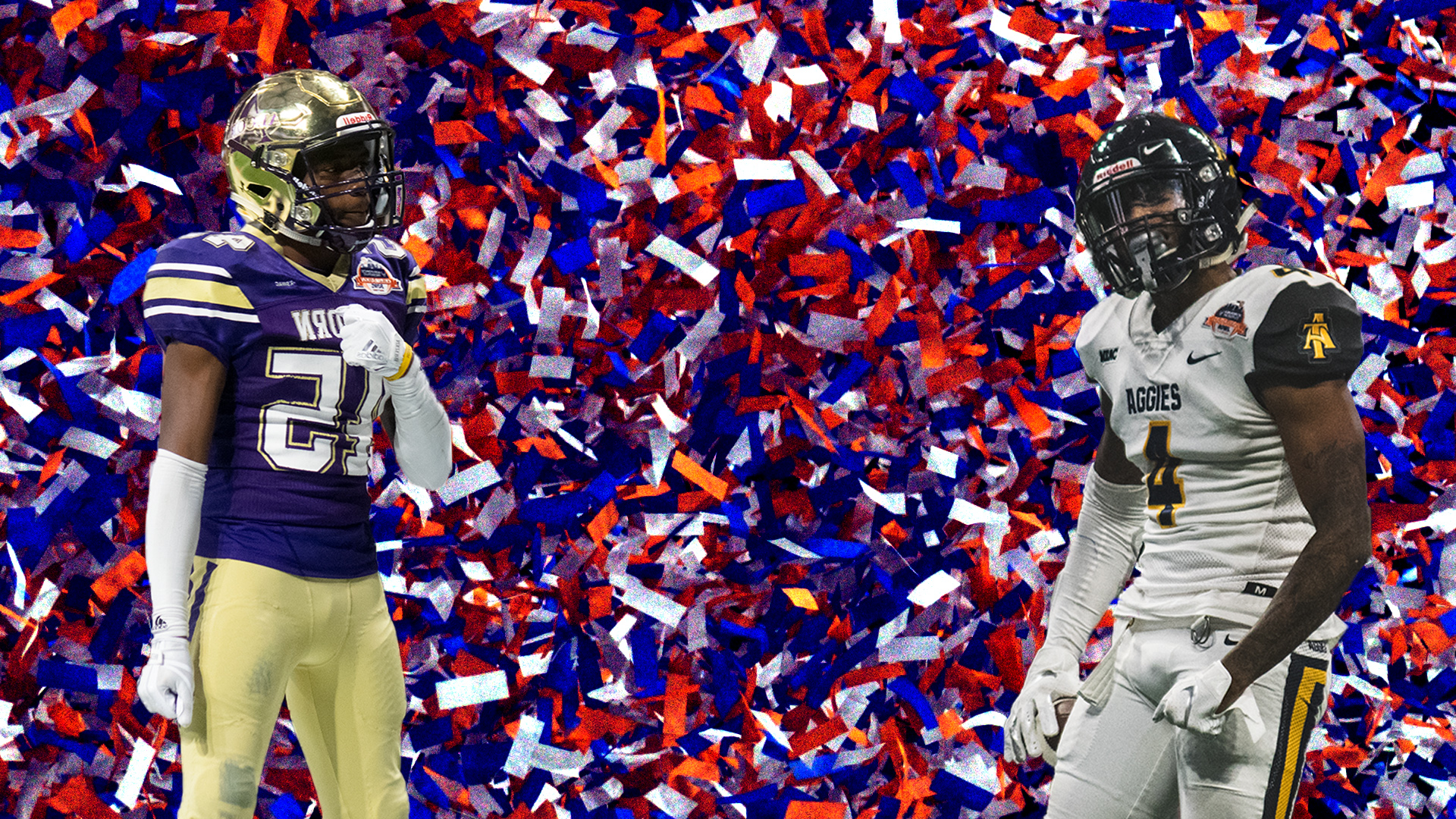 The two most dominant FCS HBCU teams of the second half of the 2010s will meet in the Celebration Bowl for the third time.

Let’s be honest: Many Bandheads (HBCU band superfans) were hoping for Southern to shake off Alcorn State so they could see the Human Jukebox go up against A&T’s Blue and Gold Marching Machine. Both are considered elite bands in their respective conferences (Jackson State and Norfolk State please note I said considered), and they wanted the battle from zeror quarter, to halftime, to the fifth quarter. It won’t happen this year, though. Instead Alcorn State’s Sounds of Dyn-O-mite will go up against the BGMM, led by Mar’Kaja Ramirez, the school’s first-ever head woman drum major, and featuring the fabulous Golden Girls.

6. There will be plenty of blue and gold in the crowd

This is North Carolina A&T’s fourth time in the bowl game, and its fans have become very fond of it. The A&T ticket office reportedly sold its allotment before Thanksgiving, ten days before anyone knew who the SWAC rep would be. Ironically, A&T was one of the school’s who was initially against giving up the MEAC’s autobid for the game, but consistent success and seven figures worth of revenue have equaled a buy-in from alumni and administration.

7. The winner of this game may or may not be unanimously be named HBCU national champ

The Celebration Bowl has often been billed as “the HBCU national championship game.” While it is true that the game matches up the champions of the two FCS HBCU conferences, (or co-champs in A&T’s case) and that the winner of each of the previous games has been awarded the title, the HBCU national champion continues to be named via multiple polls. Florida A&M finished with a 9-2 record, meaning that whatever the outcome, it will have finished with less losses than either team and may be named national champs in some polls.

8. But regardless, HBCU Gameday will be there

HBCU Gameday has been at all four Celebration Bowls, and we’ll be in Atlanta again as part of the HBCU Tailgate Tour. HBCU Gameday will host the live pre-game show featuring Rock-T of The Rickey Smiley Morning Show and Olympic medalist Kelli Wells-Brinkley. There will be giveaways from Pepsi, Scotch Porter and more as well as a DJ during the Uber Social Lounge.