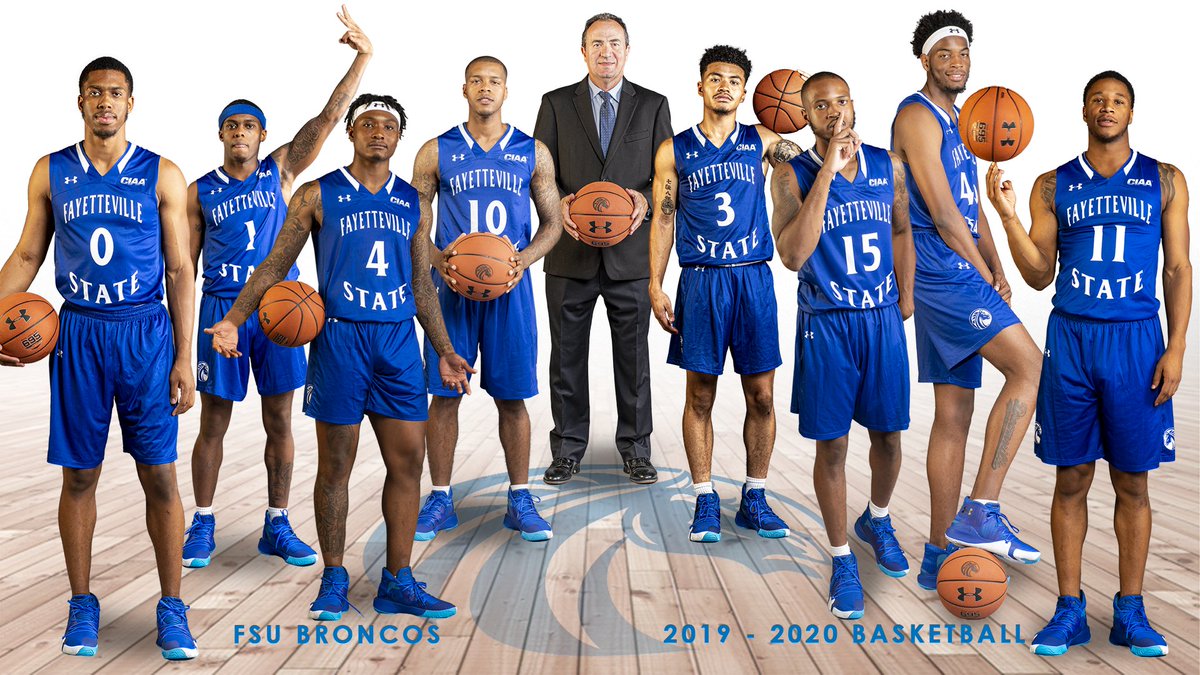 After a comeback road win on Saturday, Fayetteville State remains perfect. The Broncos are having their most successful start to a season in over ten years.

Fayetteville State (8-0) remains undefeated after a 72-68 road comeback win against Methodist on Saturday afternoon. The Broncos now improve to 8-0 overall, the best start for the program in over ten years.

Fayetteville State opened with a 14-6 run led by two clutch three-pointers from Jalen Sergers. A responding run from Methodist with just over five minutes before the half gave it a 19-18 lead. The Broncos went into halftime trailing by five, 31-26.

FSU came out with an 18-9 run to retake the lead, 44-40. Methodist cut the lead to one point, but an 11-3 run led by FSU junior guard Mark Burton raised its lead to ten with just under three minutes left. The Broncos did not give up their lead for the remainder of regulation, winning 72-68. Burton led all scorers in the victory with 26 points going 6-12 from three. Junior forward Jalen Seegars contributed 14 points.

The Broncos 8-0 start is noteworthy; they are the only undefeated mens team in the conference. Moreover, they have already exceeded their total wins from the 2018-2019 season where they finished 7-20.

It’s a new year and a new coach. Back in the spring Fayetteville State hired coaching veteran Luke D’Alessio as the Broncos 18th head men’s basketball coach. D’Alessio was most recently an assistant coach at North Carolina Central University but has been a head coach in the CIAA before. D’Alessio had a nice run from 2000-2009 as the head coach of Bowie State University.

FSU’s early success earned it a fifth-place spot on the NCAA D2SIDA Atlantic Region poll, the only CIAA representative on the list.

FSU’s offense isn’t the most theatrical but is efficient, ranked eighth in the CIAA averaging 74.3 points-per-game. Senior shooting guard Denzell Hosch is the team’s scoring leader, averaging 13 points-per-game. The addition of junior forward Jalen Seegars has proven worthwhile as he averages 14.1 points-per-game through seven games. FSU finds its most success through their defensive performances. The Broncos give up the fewest points-per-game in the CIAA, averaging 64.3 points allowed through eight games. Senior center Will Brown is second in the CIAA in blocked shots, tallying 14 so far. Hosch has 14 steals on the season, third in the conference.

The Broncos will head home to face second-place Livingstone College on Monday, December 9 at 7:30 PM.