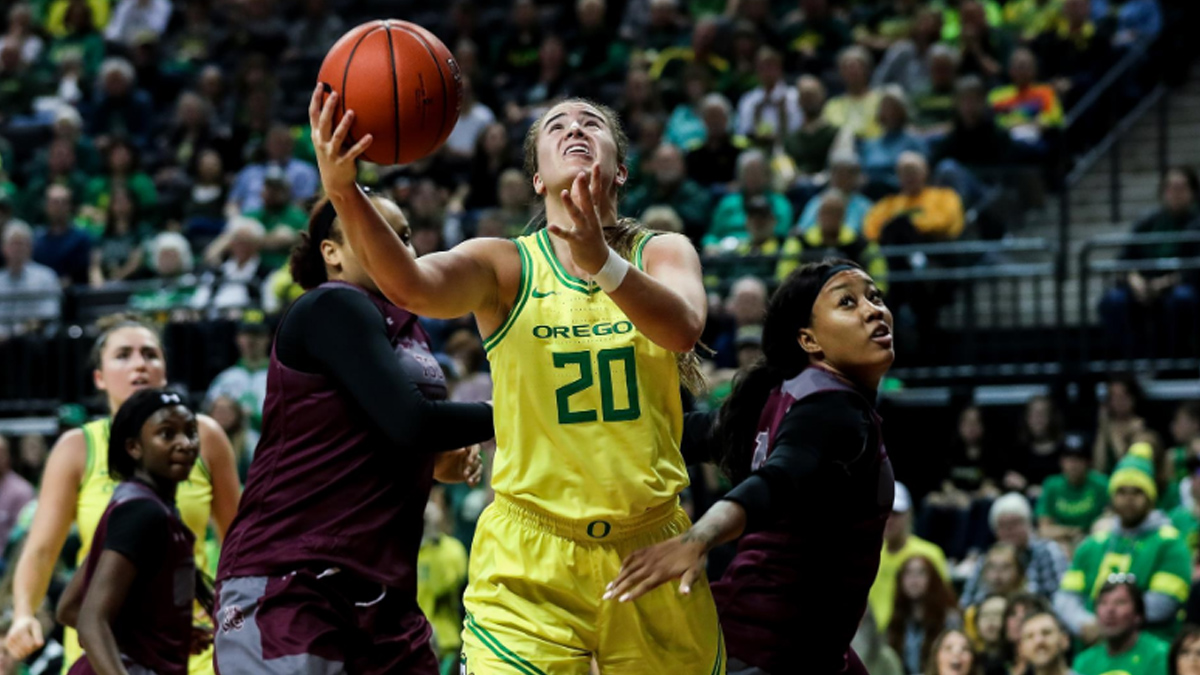 Adversity was the word of the night for the Texas Southern women.

EUGENE, Ore. – Texas Southern had to deal with early adversity as top-seeded Oregon jumped out to an early lead and never looked back in a 99-63 win Saturday afternoon.

Prior to the game, TSU’s game uniforms came up missing at the team hotel which forced the team to take the court in its practice jerseys.

“We’re really hopeful we do find them because we would like to have our guests get their stuff before they move on to their next set of games,” Lt. Doug Mozan of the Eugene Police said. “We feel bad for our visiting team that they would have their uniforms stolen like this.”

The Ducks led 10-0 four minutes into the first quarter as Breasia McElrath scored the first points for TSU with 5:40 remaining. The Tigers would draw to within six with 3:01 remaining but the Ducks outscored TSU 10-2 to end the quarter ahead 24-10.

Oregon came out hot to open the second quarter and TSU couldn’t match as they would only score four points in the first four minutes as the Ducks led 39-14. Oregon continued to sizzle as they went into the half ahead 52-21.

Oregon put together its highest scoring output with a 33-point third quarter but the Tigers began to gel offensively with 20 points in the quarter. TSU closed out the contest with a strong fourth quarter as they outscored the Ducks 22-14.

TSU is back in action Tuesday morning as they’ll face Iowa State in Ames, Ia. at 11 a.m.