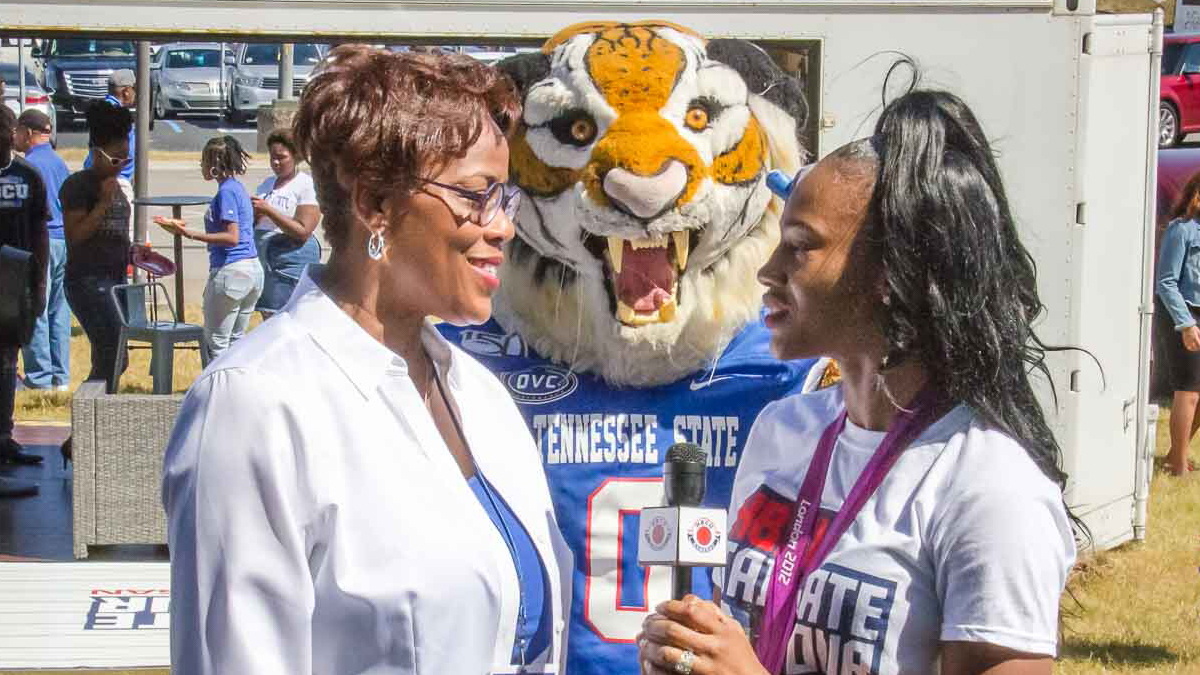 Phillips will make her seventeenth year the last at TSU.

NASHVILLE — Teresa Phillips, Tennessee State University Director of Athletics, announced today that she plans to retire from her leadership position as the head of the Tiger program. Phillips, who will remain in her role until June 2020, will step-away after a 17-year tenure.

“The decision to retire has been one that I have contemplated for several years and I have finally decided that this year is the right time,” said Phillips. “I leave this position with much pride, reflecting on the many talented student-athletes who have worn the blue and white with integrity. Thank you to the administration, students, community supporters and alumni of this great institution, Tennessee State University! It has been an honor to represent you as Athletics Director.”

Under Phillips’ leadership, the Tigers have experienced success on and off the field and her influence extends well beyond the athletics program.

“Teresa has meant so much to this Conference,” commented OVC Commissioner Beth DeBauche. “She has been a tremendous leader who has contributed in so many ways, including serving as an OVC representative on the NCAA Women’s Basketball Committee, the Chair of our Athletic Directors Group, a champion-level coach and an exemplary Athletic Director.  She is a consensus builder and a visionary thinker who has made the OVC better by her commitment to student-athletes. She is a friend to all in this league who will be dearly missed.”

Some other accomplishments under the Phillips’ administration include the launching of the first official website for TSU Athletics, a stellar graduation rate of student-athletes, numerous OVC Scholars, the awarding of a $900,000 NCAA Pilot Grant, the construction of the Indoor Practice Facility as well as other athletic facility and office upgrades.

Phillips also has the distinction of being the first woman ever to coach an NCAA Division I men’s basketball team en route to being named one of the 101 Most Influential Minorities in Sports by Sports Illustrated in 2003. During the 2014 Women’s Final Four, she was named as one of 10 Legends in Women’s Basketball in Tennessee.

She was also recognized as the Second Most Influential Woman in Sports in Tennessee by The Tennessean newspaper. In addition, she was named USA Today National Coach of the Year in 1990 and was a three-time OVC Coach of the Year selection.

No stranger to athletic success, she was head coach of the Lady Tigers basketball program at TSU for 11 seasons from 1989-2000. Phillips guided the 1993-94 squad to the programs first-ever OVC regular season crown, the Ohio Valley Conference tournament championship, and the team’s first appearance ever in the NCAA tournament. The following year, Phillips led the program to its second consecutive regular season and tournament championship, totaling four titles as a head coach.

She graduated from Vanderbilt University with a bachelor’s degree in Economics before obtaining a Masters in Education from TSU in 1999.

Phillips earned several honors as a three-year letter winner at Vanderbilt. She was the first recipient of the Lady Commodore Athlete of the Year honor, given to the best all-around female athlete. She also has the honor of being the first African-American female student-athlete at Vanderbilt. In 2017, she was inducted in the Vanderbilt Sports Hall of Fame.