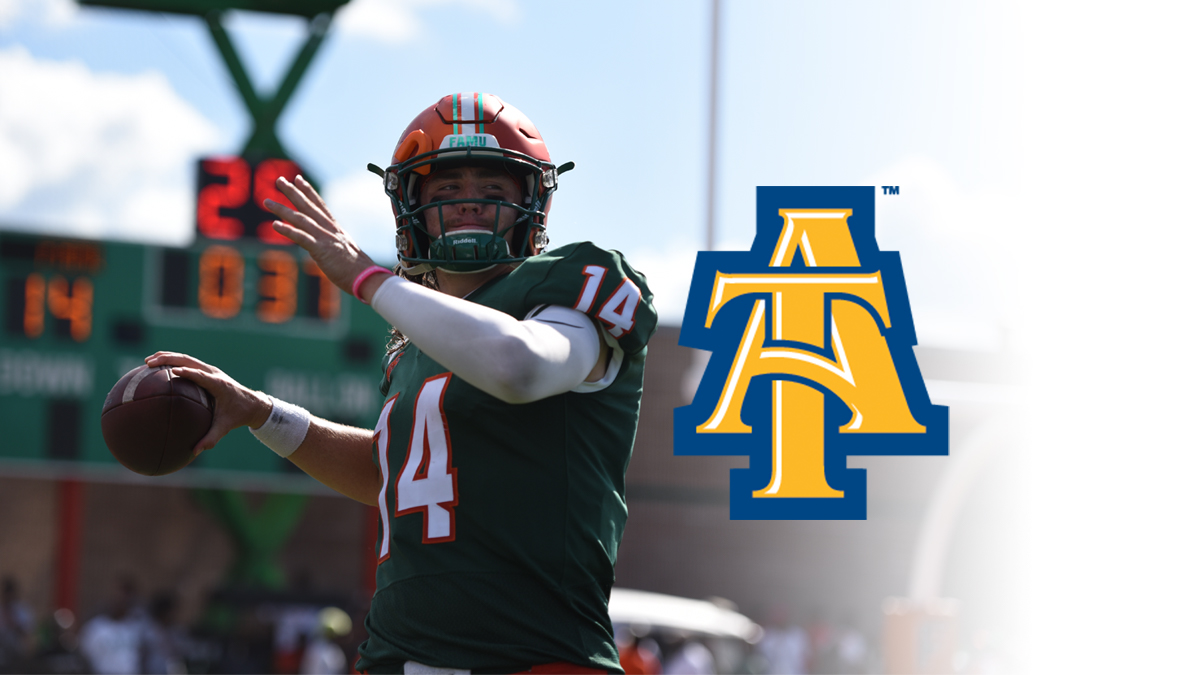 NCAT vs FAMU pushed back

The most hyped matchup of the weekend in Black College Football will have to wait another 24 hours. The MEAC announced on Friday that possible severe weather due to Tropical Storm Nestor, will push the North Carolina A&T State-Florida A&M football game from Saturday to Sunday. The game will be played at Bragg Memorial Stadium at 2 p.m. on Sunday.

The storm is forecast to pass over the panhandle of Florida – including Tallahassee – Friday night and into Saturday.

“The well-being and safety of our student-athletes is of utmost importance,” MEAC Commissioner Dr. Dennis E. Thomas said. “I appreciate both North Carolina A&T State University and Florida A&M University for their willingness to adjust their schedules in the face of potentially dangerous conditions.”

FAMU isn’t eligible for the MEAC Championship this year but this game will pit the two of the best teams in the conference versus one another. The Aggies and Rattlers along with Bethune-Cookman appear to be top of the class so far this season.

The two offensive stars heading into the game are NCAT’s Jah-Maine Martin and FAMU’s Ryan Stanley. Martin has 11 rushing touchdowns so far this season and is averaging over 150 yards per game in MEAC play.

Stanley, who recently passed Quinn Gray as the all-time passing leader in FAMU history, is the top QB in the MEAC this season. In conference play he’s already passed for over 1,000 yards averaging 342 per game. His favorite target is Xavier Smith, the two have connected for 121 yards per game.

FAMU is 5-1 and winners of five straight games, while North Carolina A&T sits at 4-1 with a three-game winning streak. FAMU’s sole loss came in the season opener against Central Florida, while NCAT has only lost to ACC member Duke thus far.

NCAT vs FAMU pushed back