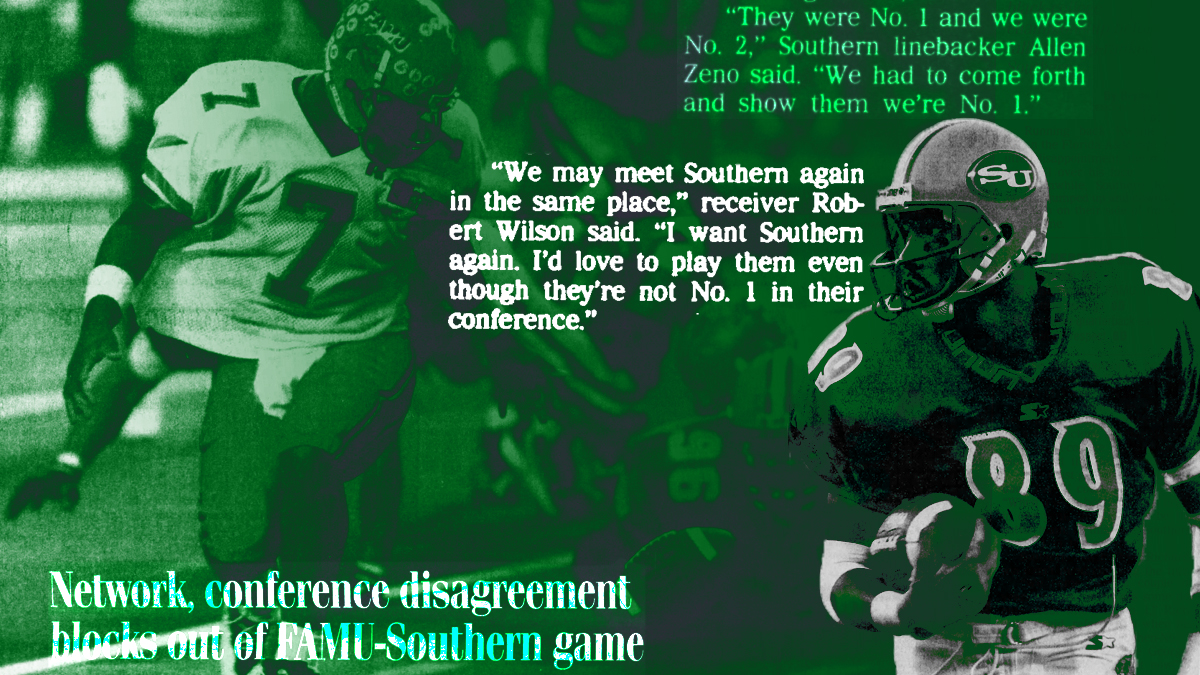 The Florida A&M and Southern rivalry goes back years, but in terms of the combined strength of their programs and national prominence, the late 1990s might take the cake.

HBCU Gameday interviewed three of FAMU’s famed RAC Boys as part of the lead up to Wali Pitt’s “The Original Gulf Coast Offense: The Mad Bomber and the RAC Boys,” a documentary on the HBCU Gameday platform. Jacquay Nunnally, Cannion Lamb and Demetrious Bendross spent over an hour with the Gameday crew talking about their time at FAMU, including the rivalry with SU.

“The whole thing about pride and being the best black college…It’s a pride thing,” Cannion Lamb told us.

Starting in the 1995 season both Southern and FAMU were at or near the top of black college football for almost the rest of the decade. Each time they matched up, usually in late November, there was much buildup and anticipation. And for good reason as the buildup to the games and atmoshpere around them were just as good as the players and coaches who put on a show for fans in Baton Rouge and Tallahassee as well as Atlanta.