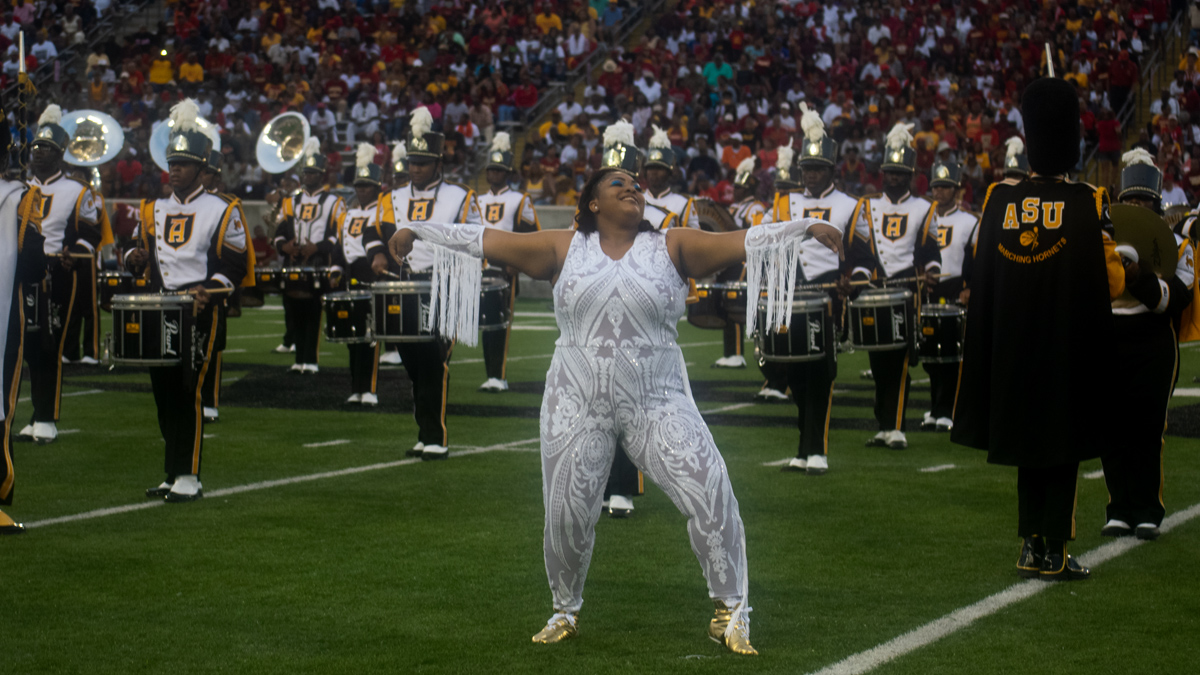 Turkey Day or Labor Day, ASU vs Skegee is special

When Alabama State gets together with Tuskegee it’s not about SWAC vs. SIAC or D1 vs. D2. It’s way deeper than that.

For the 102nd time on Saturday afternoon in Montgomery, two HBCUs located in the black-belt region in the state of Alabama will meet on the gridiron. For folks in this region of the state this game is more important than any other game played all year.

Alabama State and Tuskegee are only separated down I-85 by 37 miles and a few exits and these are two fan bases that love to hate each other. ASU and TU fans live amongst each other, they go to church together, they often times grew up in the same towns along the black belt region. With the schools being so close it’s impossible for even the students to avoid each other so losses in this series narrated to you from the opposing side until the next meeting. For decades families planned their Thanksgiving Day around this game when it ran as the Turkey Day Classic from 1924-2011 but now the first Saturday in September is the day that everyone looks forward to.

This game has all kinds of memorable moments from overtime games, broken winning streaks, missed calls and even a brawl or two and this Saturday we will surely add a few more moments to the folklore that surrounds this game.

We enter the 102nd meeting between Alabama State and Tuskegee with two programs who are looking to bounce back from forgettable 2018 seasons. The 2018 season did not provide many highlights for Alabama State but the Hornets finally savored the sweet taste of victor over the Golden Tigers for the first time since 2011 and for the very first time in the new stadium. Alabama State has not won consecutive games over Tuskegee since winning 9 in a row from 1983-1995 but this year the Hornets have an opportunity to make it two in a row over the Golden Tigers. Alabama State will come into Saturday’s fresh off of what could’ve been one of the biggest upset in college football history as they fell to UAB 24-19 despite coming into the contest as 40-point underdogs. The Hornets looked like a different team in the season opener compared to what their fans have seen recently and that gives the black and gold faithful a lot of confidence going into Saturday’s contest.

While Alabama State already has a game under its belt, this will be the season opener for Coach Slater and Tuskege.

The Tigers come into the season looking to rebound from an uncharacteristic 5-5 season in 2018 after previously winning 9 games or more in each of the last 6 seasons. A season ago the Golden Tigers fell to the Hornets 26-20 in overtime despite outgaining Alabama State 482-292. The Golden Tigers were burned by turnovers a year ago committing 3 while the Hornets played turnover free football which was ultimately the difference in the game. The Golden Tigers have dominated this rivalry over Alabama State with a 62-35-4 overall record and winning 8 out of the last 10 meetings.

Turkey Day or Labor Day, ASU vs Skegee is special