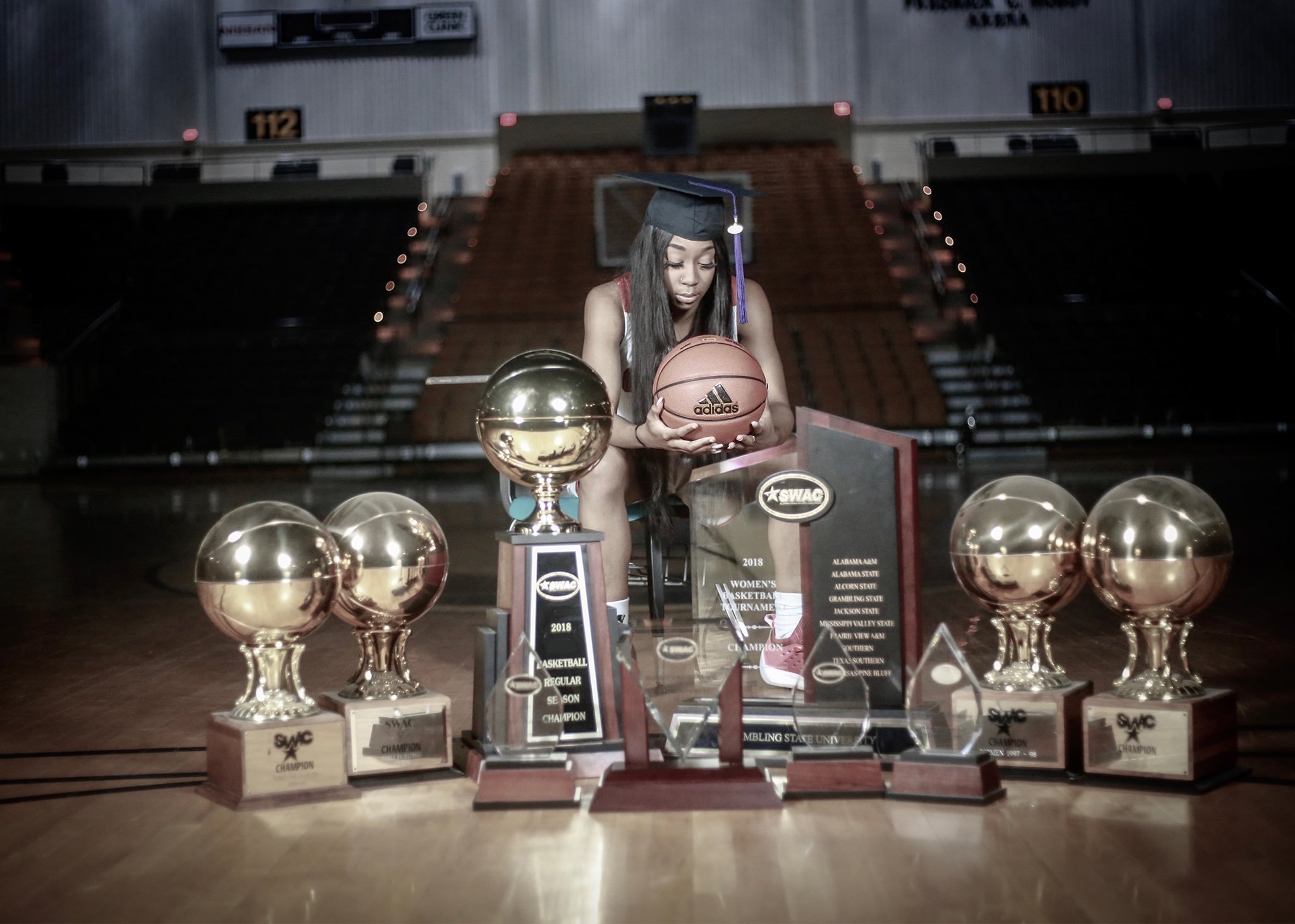 Grambling State graduate Shakyla Hill earned weight on her name throughout her collegiate career to say the least. She wrapped up her tenure at GSU with two historic quadruple-double performances, two SWAC Women’s Basketball tournament championship appearances, a 2018 SWAC tourney MVP award, and managed to average over 15 points a game through her four-year career.

All that to say, they call her “the big dog” for a reason. With all of the rightful notoriety and accolades, it should come as no surprise that the Little Rock native is heading to Serbia, Russia to continue her basketball career overseas.

As good as this news is, it would be a lie to say that this is the exact path that some, including Hill herself, expected. Hill managed to garner national recognition and respect with the double minority of being a women’s basketball player at an HBCU. So when the WNBA Draft came and went without the mention of her name and no calls, she admits it affected her spirit and her love for the game to the point she felt like everything crashed around her.

“It took me a while to even touch a basketball again,” Hill told HBCU Gameday. “The draft was in April, I don’t think I touched a ball again maybe until the end of June. I wasn’t watching basketball, talking about basketball…”

Naturally, questions about the next step began to rise. Was pursuing basketball something she wanted to continue after giving it her all? Did she want to go back to school? Nothing was for sure but this: if you’ve ever watched Shakyla Hill play, even imagining her passion for the game completely leaving her is something you can’t do.

So what exactly made Hill dust herself off? There were two contributions. The first came out her family. Hill credits her little brother as an amazing basketball player, but says he didn’t get offers he wanted coming out of high school. He then chose to began at a smaller school, but now goes to University of Florida. Hill says that watching him continue to push when he knew he deserved more reignited the fire in her.

“That literally pushed me to be like, hey, you might not get it on the first try or even the second, and you might not like the way things go, but you still have to keep going,” Hill said.

Hill got back to training and back on the hunt, but not for just anything. International basketball has several different levels, so she had to be sure that what she agreed to was what she deserved. She gathered lots of interest and a few offers, but was not yet satisfied with the level of play or the compensation being offered. While not ideal, this situation introduced the second contribution to her re-emergence. When a friend reached out and asked for any prayer requests, Shakyla replied with a joke, but then decided to request a bigger contract offer than the ones she had at the moment.

“Literally, like, the next day, my agent called me,” Hill said. “Out of nowhere, my agent hit me up like ‘you have an offer from Serbia.”

Hill expects culture shock in her journey overseas, and not just because of the forthcoming drastic climate and country change. The big dog is only a big dog in the States; she is heading thousands of miles away from not only friends and family, but from her preceded reputation on the court. Hill realizes this and plans to work with her situation.

“Coming from an HBCU where sports are kind of a big part of the atmosphere and [coming from] kind of being like a star throughout the HBCU world and college basketball world to go somewhere where nobody knows you… I feel like it’s definitely going to be a humbling experience but it’s definitely something that I need to kind of propel me forward to work harder,” Hill said.

While Serbia is the next step on the journey, Hill is adamant that is not the final destination. She does plan to ride out her contract and eventually earn more money overseas, but being that far away from her family is not something Hill says she would see herself doing unless she has to, like in this instance. Shakyla is calculated and has plans to build on her international career in order to help the overall goal: getting back in the States to the WNBA. When the league does see her in the future, she plans on making an impact.

“Not going to the league was probably the most humbling thing I went through, but I feel like it’s all a part of my story,” says Hill. “So whenever I do make it, it’ll work out for the best and I’ll have something to talk about.”