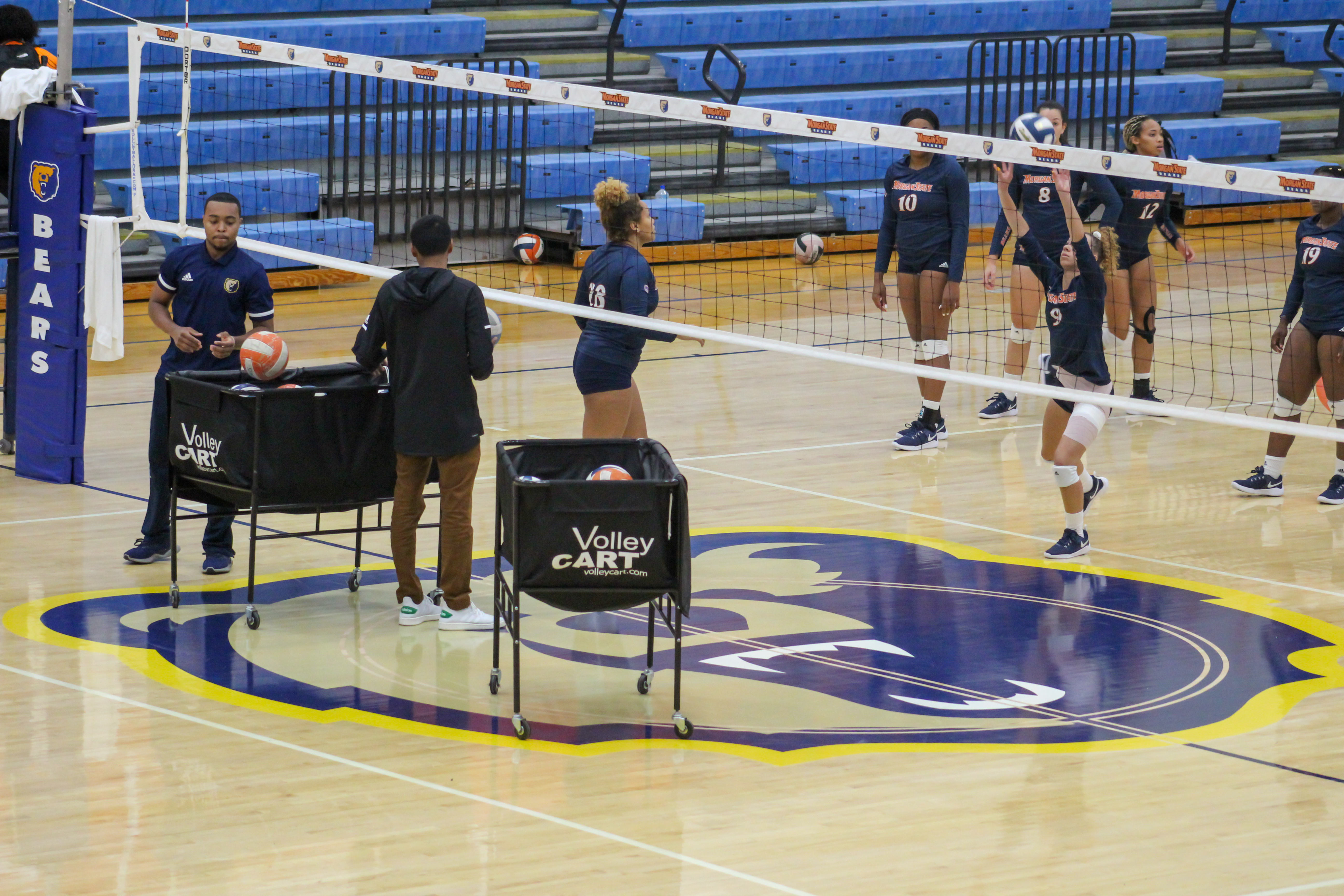 The MEAC Northern Division racks up all of the awards this week.

McBride (6-0, So., OH/RS, Ridgefield, Wash.) led the Lady Bears to a 2-1 weekend to open the season – which included five-set wins over Seton Hall and William & Mary. She hit .268 for the weekend, recorded two double-doubles in three matches, and averaged 4.62 kills and 2.4 digs per set. Against Seton Hall, she had 30 kills, 13 digs and three blocked shots, hitting .383, and she followed that up with an 18-kill, 10-dig performance against William & Mary.

Valentin (5-11, Fr., OH, Vega Baja, Puerto Rico) hit .284 in four matches in the MEAC/SWAC Challenge this past weekend, averaging 3.8 kills and 2.9 digs per set. She recorded double-doubles in three of her four matches, including a 20-kill, 14-dig performance against Jackson State. She hit .349 in that match, and she hit a weekend-best .462 against Alabama A&M, a match in which she had 14 kills. She also had 15 kills and 14 digs against Texas Southern.

Roman (5-5, Fr., L, Isabela, Puerto Rico) averaged over five digs per set (5.21, to be exact) as the Eagles opened the season with a 2-2 weekend, notching wins over Binghamton and Siena. She recorded double-digit digs in all four matches, including a high of 30 on Sunday against Siena. Named All-Tournament at the Delaware Classic, Roman recorded 18 digs against Binghamton and another 15 against Delaware.

Wallace (5-9, Sr., S, San Dimas, Calif.) averaged 9.85 assists per set as Morgan State won its season opener for the first time since 2011, going 2-1 on the weekend. She opened with 58 assists – two shy of her career high – against Seton Hall, before recording her first double-double of the season with 49 assists and 14 digs against William & Mary. She also averaged 2.00 digs per set for the weekend.

Miajavon Coleman (CSU) had 23 kills and 12 digs in Sunday’s win over Siena.

Brianna Lang (CSU) had 48 assists and 11 digs against Siena.

Kayla Diaz (HOW) had 18 assists and 14 digs against George Washington and was named All-Tournament in the D.C. Challenge.

Fola Wilson (HOW) was named All-Tournament in the D.C. Challenge, recording 15 digs against American and 14 against Hartford.

Andrea Laboy-Rivera (NCAT) had 17 digs against West Virginia and 10 against both Morehead State and Davidson.

Addy Warfield (NCAT) had 16 assists and seven digs against Davidson.

Myleah Carter (NSU) had seven kills each in two matches against Hampton.

Ivana Blazevic (UMES) had 45 assists in a win over NJIT and averaged 8.5 assists per set in four matches.”