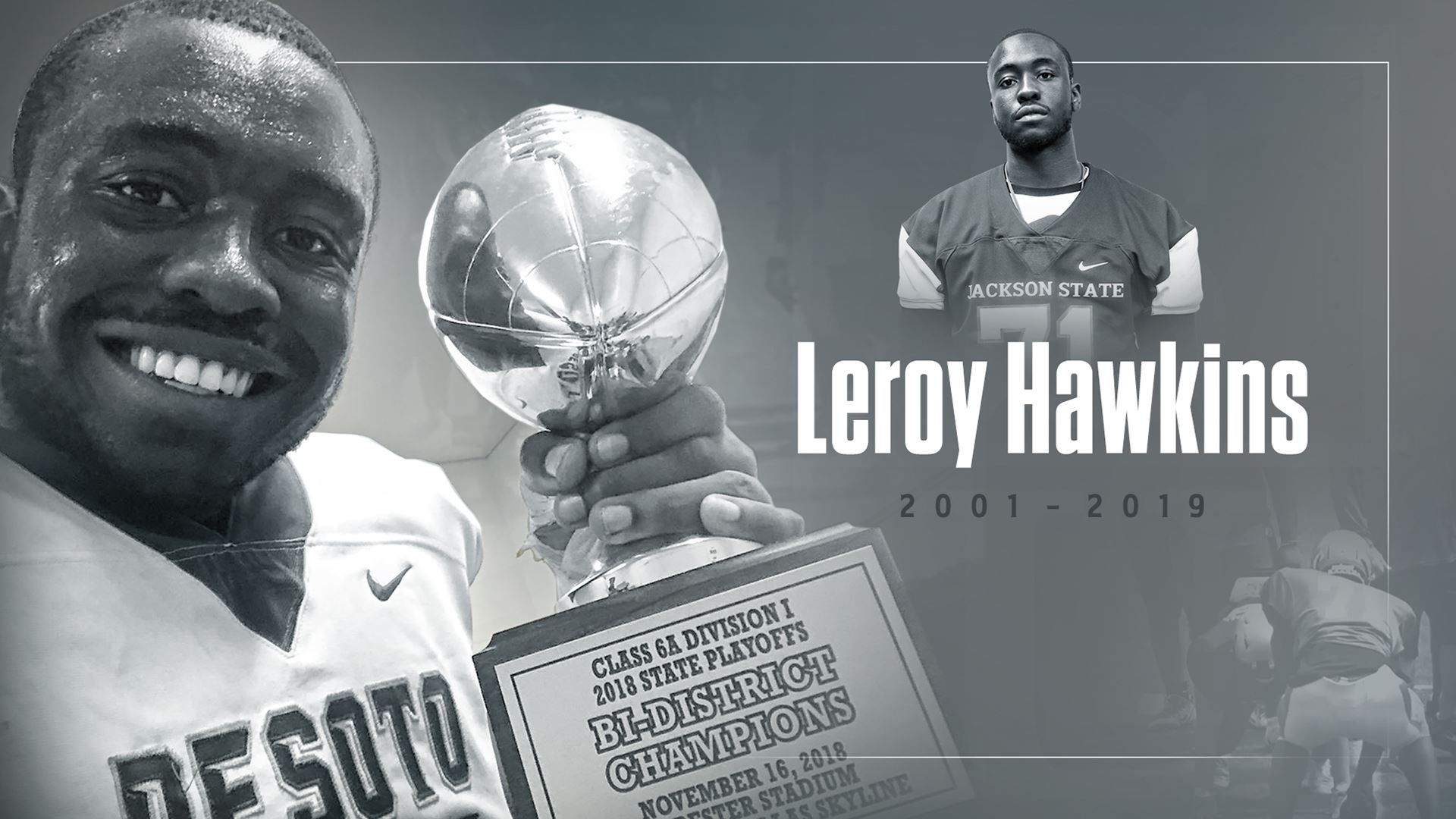 Leroy Hawkins was preparing to begin his college football experience with the Tigers this fall.

Instead, the Desoto, Texas native is now gone too soon.

Dallas police found Hawkins shot to death in the passenger seat of a 2007 Pontiac in downtown Dallas, according to the Dallas Morning News.

KXAS-TV (Dallas-Fort Worth) reported that two men got into an argument with another man. The man outside the car fired several shots. One person was shot and another found cover.

Hawkins, 17, was taken to Baylor Medical Center, where he died from his gunshot wounds, according to the police.

Hawkins graduated from Desoto High School on May 29 and was headed to Jackson State on a football scholarship.

Three weeks away from school

He would have started his college football career in three weeks.

And I will see y’all in some weeks https://t.co/XKDoNylH0E

As a standout offensive lineman in high school, Hawkins led
the Eagles to a 9-3 overall record, a 5-2 record in its divisional play and
advanced to the second round of the 6A Division I playoffs.

To add perspective from a recruiting standpoint, Hawkins was part of the five offensive linemen signees for Jackson State looking to make a quick impact for the Tigers.  This group was looking to replace Charles Paige, Brandon McCoy, Daunte Fisher and Donnell Paster from a year ago.

John Hendrick, the Tigers football coach who is entering his first
full year as head coach of the program, spoke highly of Hawkins.

“We will keep Leroy and his family and friends in our
thoughts and prayers through this difficult time.”

Ashley Robinson, the JSU Vice President and Director of
Athletics said the program is deeply saddened by the tragic loss of Hawkins.

“Leroy was a tremendous son, athlete, student and friend,
and he will be sorely missed,” Robinson said.

“We offer our deepest condolences to his family and friends.”

The Tiger Family has lost a member. We are saddened by then death of Leroy Hawkins. A great young man with so much potential. Our thoughts and prayers are with his family and friends. #JSUFamily #RIP #75

Hawkins was a Top 300 offensive lineman and 34th in
the state of Texas, according to MaxPreps.