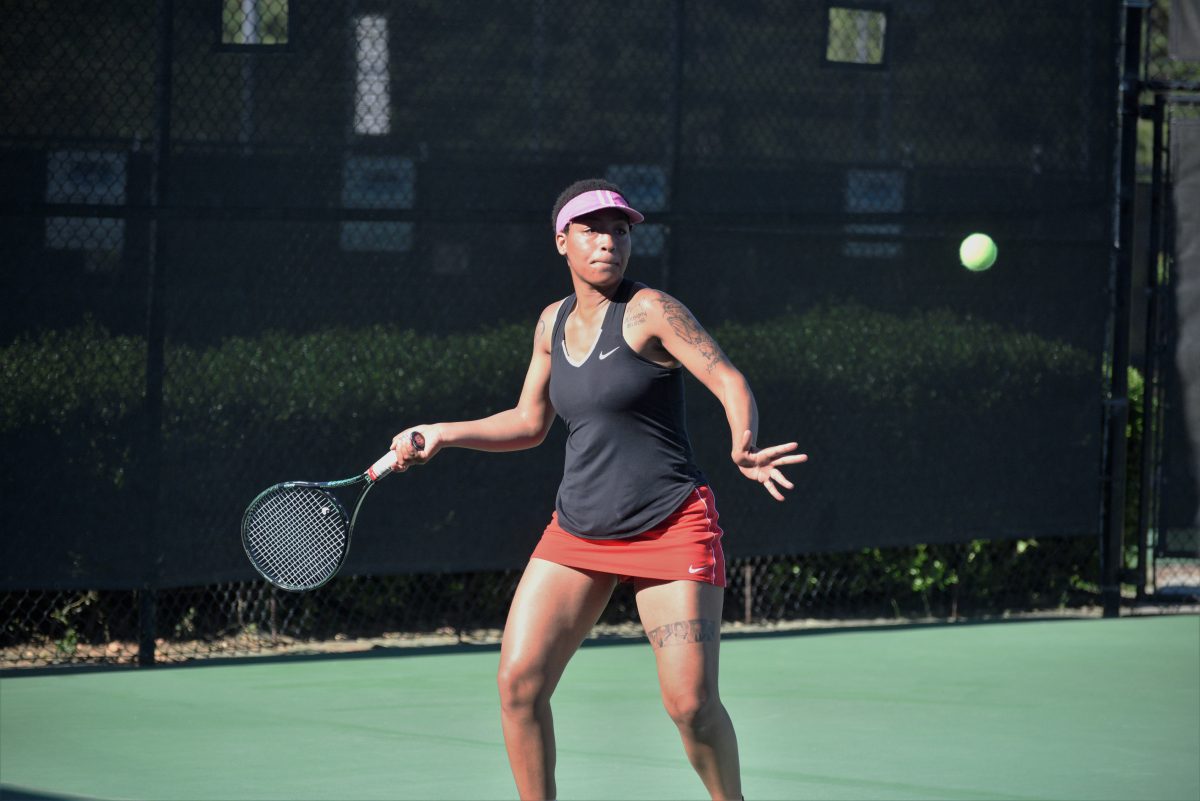 CAU finishes off a perfect season with the conference trophy.

It’s the first time the Lady Panthers have won the SIAC tournament title since 2011 when they defeated Fort Valley State.

“Amazing,” said CAU head coach Tara Turner .  “They fought. They really for it through the injuries, the tears… They fought.”

A day after defeating three-time defending champions Benedict College on the tourney’s first day, Clark Atlanta fell behind early, dropping two of three doubles matches to Tuskegee, a team that CAU defeated 4-1 and 4-3 nine days prior at CAU Tennis Courts.

But Tuesday, the Lady Panthers were able to dominate singles competition, capped by a rousing win by a hobbling Madison Majors to clinch the championship.

“It was up and down,” Turner said of the day.  “We got very nervous, but we pulled it out. Not giving up and then were able to take singles.”

As Majors’ solidified her win, her Lady Panther teammates rushed onto the court as Majors pumped her fist and tears of joy fell from her eyes.

“This is very exciting for me because this is honoring my coach, Coach Oliver McClendon, and his legacy,” she said.

The Lady Panthers now turn their focus to the NCAA Division II Women’s Tennis Tournament as they’ve earned the SIAC’s automatic bid.  They await the NCAA’s announcement on where they will play and who will be their opponent.