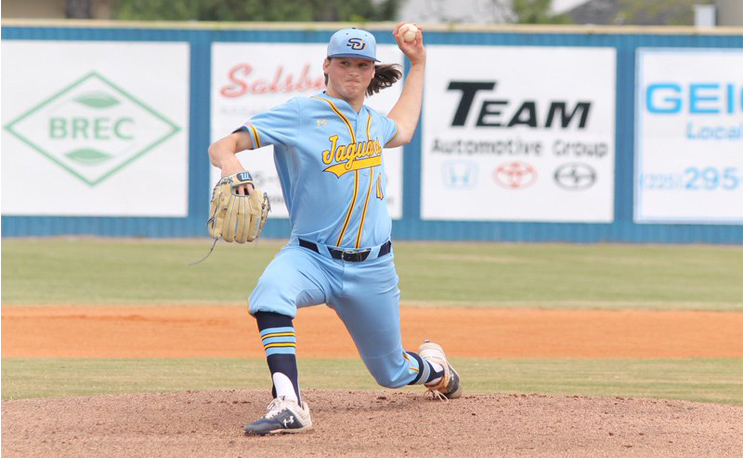 Don’t look now but Southern just did it again, this time to the school down the road.

Southern starting pitcher Eli Finney limited the No. 8 LSU baseball team to one run on one hit in seven innings. as the Jaguars took an 7-2 win against the Tigers Tuesday night in Lee-Hines Field.

“There’s not much to say from our standpoint,” LSU head coach Paul Mainieri said. “We were beaten by a team that played a lot better than we did, that was a lot hungrier than we were. Their pitcher totally handcuffed us, and their hitters were very tough outs for us tonight. They deserved to win and completely outplayed us.”

Southern jumped out to the 4-0 lead in the bottom of the first inning. With the bases loaded and one out, first baseman Coby Taylor doubled to center field to drive in two runs. In the next second baseman Willie Ward slapped a two-run single to right field to cap the scoring for the Jaguars in the inning.

The win comes less than a week after SU took down Memphis on the road. SU improves to 18-15 on the season.