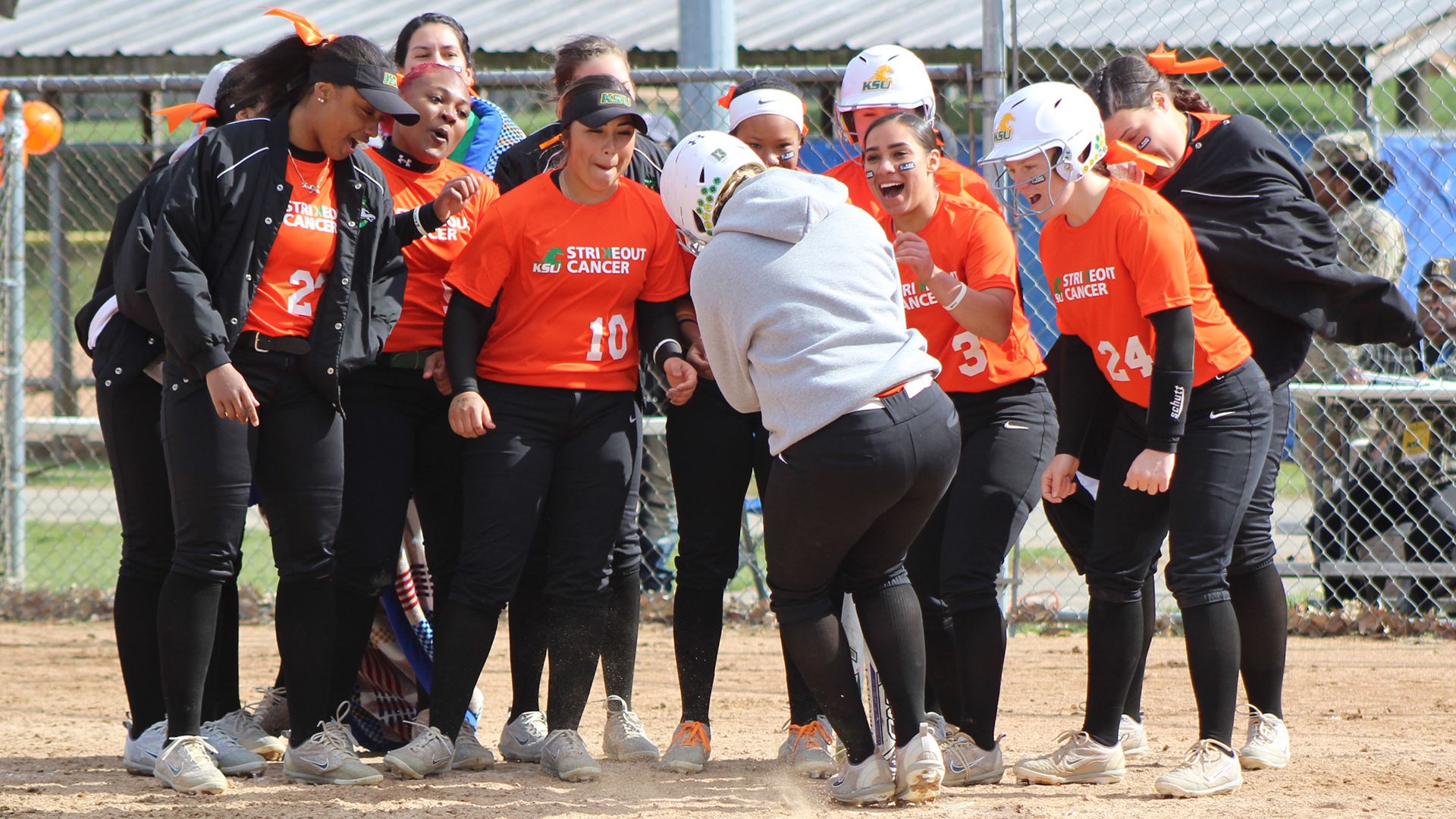 “I’m very proud of the team today, we dictated the pace at the plate,” said Kentucky State University head coach David Morton. “We worked on attacking pitching in the zone all week and we did that today. I’m also extremely proud of the team for the effort they put in for the Leukemia awareness game. They were out at businesses around town and doing the leg work that made today possible.”

It marked the program’s Strikeout Cancer game in which the team reached its fundraising goal of $1000. Prior to the contest, Charles Graham, the father of freshman Janae Graham threw out the first pitch in honor of his son Justin Graham. Justin passed away April 8, 2018 from Leukemia.

The second-inning extra base hit was the LeMoyne-Owen batter to reach base as Flores finished with nine strikeouts over five innings of work.

While Flores was mowing down the Magicians, the KSU offense was humming.

Senior Jackie Zubiate (Riverside, CA) got the scoring going with a two-run bomb in the bottom of the first inning, and after senior Jittaun Thompson (Pomona, CA) scored on a wild pitch, another two-run homerun – this one by junior Sasha Allen (West Covina, CA) – capped the first-inning scoring.

Kentucky State tacked on eight more runs in the second inning with the biggest blow coming off the bat of freshman Olivia Steward (Salem, IN). She hit her second homer of the season, a two-out, three-run shot to left center field.

Senior Natalia Bocanegra (Covina, CA) had two triples in the inning, the latter driving in a run, while six different players recorded RBI in the frame.

The Thorobreds tacked on two unearned runs in the third inning to conclude the scoring.

GAME TWO: KENTUCKY STATE 12, LEMOYNE-OWEN 4 (6 INNINGS)
Kentucky State scored a run in every inning, including a four-run sixth inning, as the Thorobreds completed the sweep in the run-ruled victory.

Bocanegra was in the middle of a lot of the offense, going 4-for-5 with a double, run scored and three RBI.

Zubiate hit her sixth homer of the season, while Steward went yard for the third time this year. Pinner, Steward and junior Katie Barter (Louisville, KY) each tallied two RBI in the victory.