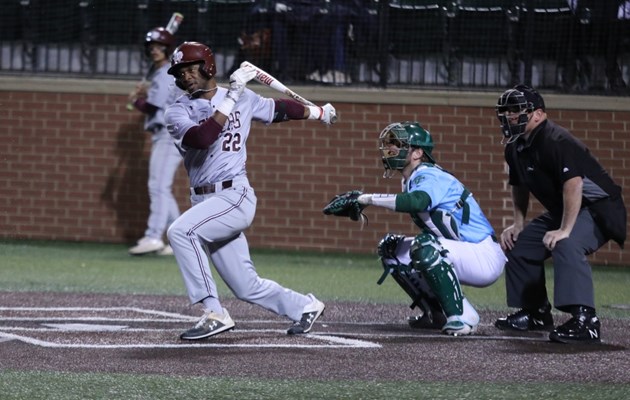 Texas Southern scored ALL the runs against rival Prairie View on Friday afternoon.

Nine different players had multiple RBIs for the Tigers (5-15), who improved to 3-4 in Southwestern Athletic Conference play. Olajide Oloruntimilehin led the Tigers with seven RBIs and five runs scored; he went 2-for-6 with a three-run home run and a three-run double.

The Tigers jumped out to a 6-0 lead a half-inning of play, which was all the support pitcher Aron Solis needed. Solis pitched six innings and scattered six hits while striking out six batters.

The visitors pounded out 24 hits in the game and were assisted by nine Prairie View errors.