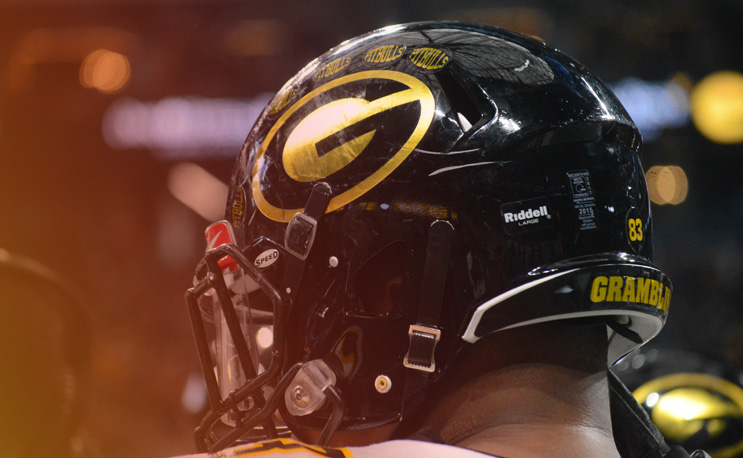 Will this schedule lead the G-Men back to the Celebration Bowl?

The Tigers currently have an 11-game schedule and are awaiting the addition of one non-conference opponent, which will be the home opener on Sept. 14. That opponent will be announced at a later date.

Grambling State, which went 6-5 overall last season and 4-3 in Southwestern Athletic Conference (SWAC) play, will not have to leave the state until Sept. 21. The farthest the Tigers will travel in the first two weeks of the season is 37 miles to Monroe, La. GSU opens the year on Aug. 31 at Louisiana-Monroe, a team that went 6-6 overall and 4-4 in Sun Belt play. This will be the fourth meeting in a series that began in 2007 and the Tigers are looking for their first victory.

“We are looking forward to the upcoming season,” Grambling State head coach Broderick Fobbs said. “I am excited about the 2019 schedule and the steps that our program will be taking with this challenging slate. We have the opportunity to open the season with a member of the Sun Belt Conference for the second consecutive season and will also play a member of Conference USA. Not only are we looking forward to the two in-state opponents, we are also thrilled for an opportunity to play nine schools from this outstanding conference.”

GSU continues its two-game road trip to begin the season, but this time traveling just a little more than five miles down the road to meet Louisiana Tech on Sept. 7. The Bulldogs, who open the season at Texas, are coming off an 8-5 record and a Hawai’I Bowl victory over Hawaii. This will be just the second meeting between the two schools as Louisiana Tech claimed a 20-6 victory in 2010.

Grambling State will have its 2019 home opener on Sept. 14 and the opponent will be announced at a later time.

The following week, GSU hits the road on Sept. 21 with a trip to Montgomery, Ala. to face Alabama State in the SWAC opener. The Tigers blanked the Hornets, 34-0, last season and improved to 28-13 all-time against Alabama State.

A week after facing Alabama State, Grambling State will visit Dallas, Texas for the annual State Fair Classic against Prairie View A&M on Sept. 28 inside the Cotton Bowl. The Panthers halted a four-game winning streak in the series with a 22-16 win over the Tigers in 2018. GSU continues to lead the all-time series, 51-18-1.

Grambling State will begin the month of October with back-to-back non-conference games.

Grambling State returns home on Oct. 12 for High School Day as the Tigers host Alabama A&M. The Tigers and Bulldogs met last season in Huntsville, Ala., with GSU picking up a 29-16 victory. This will be the first trip to Grambling, La. for the Bulldogs since a 56-17 loss in 2016. The Tigers lead the all-time series, 19-6.

The Tigers open the month of November with back-to-back home games, beginning with Homecoming on Nov. 2 against Texas Southern. GSU earned a 34-21 victory against TSU last season and improved the series record to 45-18-3.

A week later, the Tigers host the defending SWAC champions, Alcorn State, on Nov. 9 for Senior Day. The Braves halted a four-game Tiger win streak last season with a 33-26 victory in Lorman, Miss. Despite that loss, Grambling State continues to lead the series, 45-22-3.

After taking a week off, Grambling State concludes the regular season with the 46th Annual Bayou Classic against rival Southern at the Mercedes-Benz Superdome. Last season, Southern snapped a three-game GSU win streak with a 38-28 victory. Southern leads the all-time series 37-33-0, which dates back to 1932. However, Grambling State leads the Bayou Classic with a 23-22 record.

Fans can get their first peek of the team at 1 p.m. on Saturday, April 13 when the Tigers host their annual Spring Game.