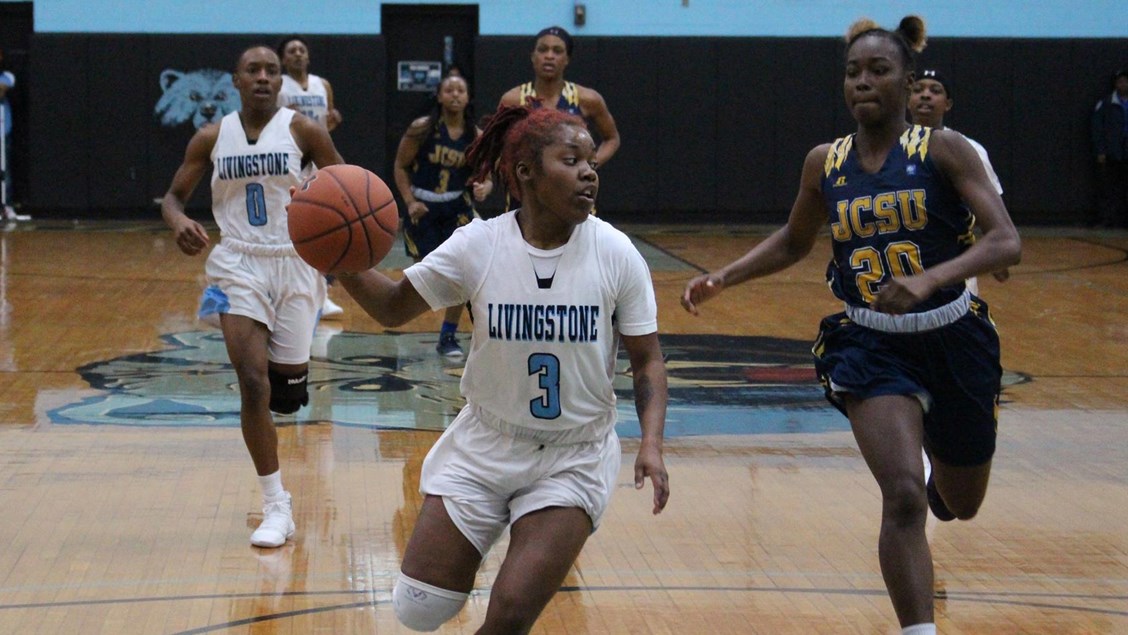 Livingstone women hosted and defeated Johnson C. Smith, ending a twelve-game losing streak on the season and a two year skid to JCSU.

Despite the home court advantage, the Lady Blue Bears came into the game as the underdog. They were on a twelve-game losing streak and had not won in conference and or division play. Alternatively, The Golden Bulls were unbeaten in division play and had not lost to Livingstone since 2016.

Livingstones’s Daisa Harris set the tone and opened the game up with a three-pointer two seconds into the game. LC led 15-2 with 4:38 remaining in the first quarter, but JCSU rallied to close out the half trailing 20-15. LC outscored JCSU 20-15 again in the second quarter to go into the half with the 40-30 lead.

Johnson C. Smith was outscored 22-13 in the third quarter and tied Livingstone at 14 points in the fourth. However, the Lady Blue Bears controlled the second half of regulation with lethal runs. They gained their largest lead of the night at 29 points with 7:29 remaining in the fourth quarter. LC’s Kyala Searcy sealed the 76-57 victory with a layup with 20 seconds remaining. Livingstone never surrendered its lead throughout regulation.

Livingstone will be on the road for its next three division games, starting with Shaw on Monday, January 28 at 6 pm.