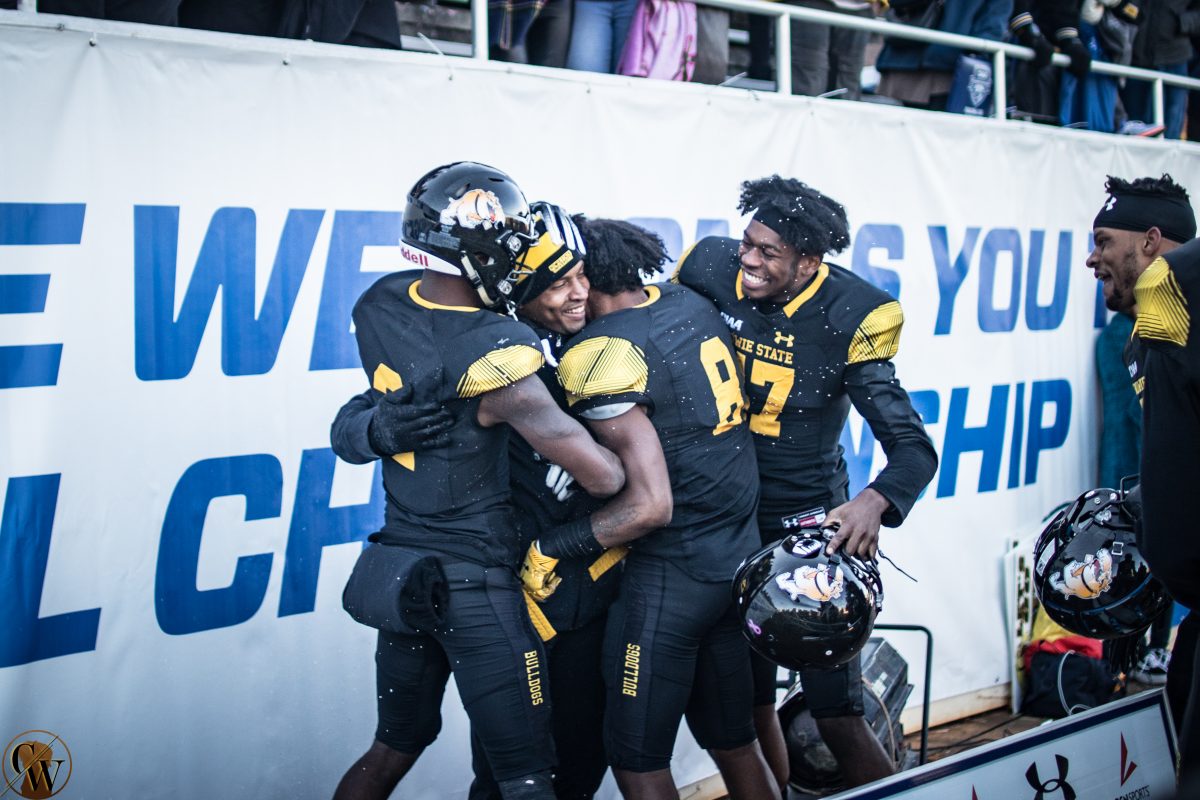 Bulldogs now travel to face the top seed in the region.

BSU was shut out in the first quarter and gave up a touchdown on UWA’s opening drive. Momentum kicked in during the second quarter when quarterback Amir Hall and Jordan Crockett found the end zone on a nine-yard pass to tie the game up at seven. BSU’s next possession was a nine-play 98-yard scoring drive highlighted by a 47-yard connection between Hall and wideout Lansana Sesay to push the score up to 14-7.  UWA responded with another touchdown but Bowie went into halftime up 17-14 after an 18-yard field goal from kicker Gene Carson.

BSU came out after the half forcing UWA to punt and tacking on another field goal to go up 20-14. Senior defensive back Roger Richardson introduced himself to UWA with an interception returned for 34 yards to set up the two-score lead at 27-14. UWA responded with just under two minutes remaining in the third quarter to cut the lead to 27-21.

In the final quarter, UWA took its second and final lead of the game with an impressive three-play, 42-yard drive to the end zone to go up 28-27 less than one minute in. Bowie then responded twice, on both offense and defense. Hall rushed into the end zone and Richardson re-introduced himself with an interception, this time for 36 yards to the house to give BSU the 41-28 lead. UWA scored once more to cut the lead to six points with just over five minutes remaining in regulation, but BSU’s defense held strong and did not allow them to get back into the red zone on their final drive.

This victory not only gives BSU its first season with ten wins in school history, but it is also sweet redemption against the Gulf South Conference after falling to Delta State in the opening round last season.

Bowie State will get a chance at double redemption in a week when it travels to Georgia to face the number one seed in Super Region 2, Valdosta State.