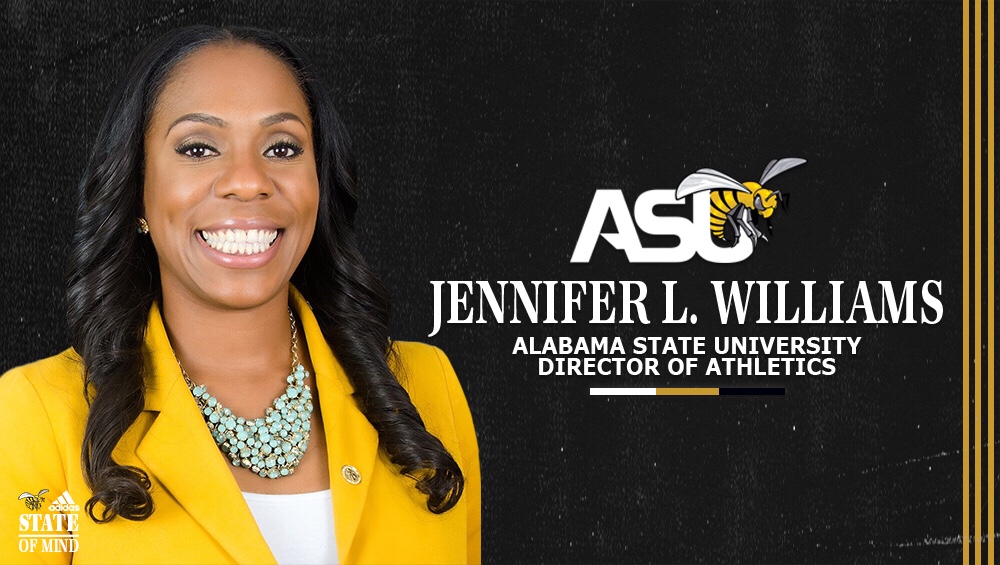 Williams becomes the first woman to serve as Director of Athletics at Alabama State.

“I would like to thank the search committee for their hard work in vetting the candidates for the position and making the recommendation for the University’s Athletic Director,” said Alabama State University President Quinton T. Ross Jr. “We are proud to be able to remove the interim title that Mrs. Williams has carried for the past year. During that time, she has done an outstanding job and has been highly success in leading the Athletics Department. We are excited to be able to continue the momentum that will move the department, as well as Alabama State University, forward.”

Williams took over the helm of the department in October 2017 and helped celebrate the fifth consecutive Commissioner’s Cup Award for the department in May, while also celebrating the eight conference championships won during the 2017-18 academic year. The Hornets also claimed four regular season championships, with three other teams finishing as conference runner-up in their respective sport. Alabama State had 37 student-athletes recognized as all-conference, won multiple coach of the year awards and had a Google Cloud Academic All-America selection this season under her guidance.

Not only did Alabama State shine on the field, but they also did in the classroom as well as every team reached the threshold to be eligible for postseason play according to the NCAA APR results. Two of the teams scored a perfect 1000 – women’s cross country and bowling – and three others scored 990 or better.

“I would like to thank President Ross, our Chief of Staff Dr. Kevin Rolle, the search committee, and our Board of Trustees for entrusting me with the awesome responsibility of leading our department,” Williams said. “I would also like to recognize the wonderful student-athletes, coaches, and staff who I am so fortunate to work with on a daily basis. To be able to reach a goal like this, it takes help and I could not have accomplished this without my husband Valdez and daughter Harper Lynne. Your love and support throughout this journey has been constant, and for that I thank both of you. ASU is a special place, and I look forward to building upon the winning tradition!”

The success continued off the field for the Hornets as student-athletes, coaches and staff embraced Williams’ motto of ‘committing to connect’, with many serving actively in the community and presenting nationally in their respective areas.

At Alabama State, Williams serves on the President’s executive leadership team and manages the day-to-day operations of Hornet Athletics. Williams has direct oversight of the Hornet Club, the official fundraising arm of ASU Athletics, and serves as the sport administrator for football, men’s and women’s basketball and baseball.

Earlier this summer, Williams was recognized for her work as she was named the FCS Administrator of the Year by Women Leaders in College Sports, and she will be officially recognized for that honor next week in Atlanta. She was named to the NAADD Executive Board earlier this year, and serves on the Division I Council. Williams also serves on the Football Oversight Committee.