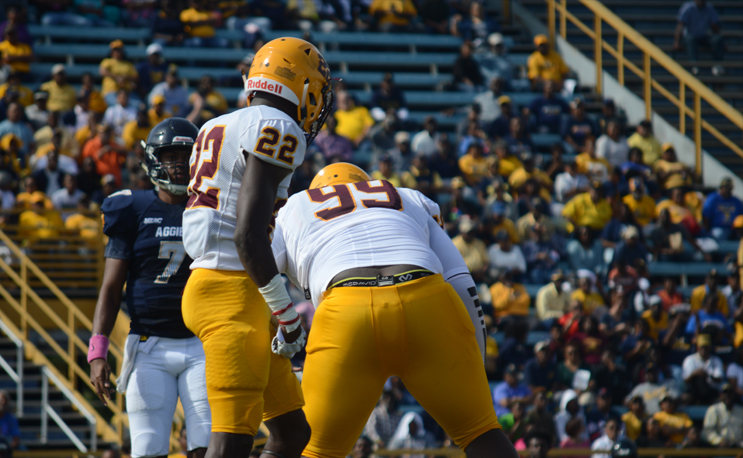 Bethune-Cookman to face Nebraska in Oct. for BIG payday

Bethune-Cookman to get a big payday from Nebraska when the two football teams meet in late Oct.

Bethune-Cookman hasn’t played a game this week just yet, but they’ve already got a big win and (most likely) a big loss coming.

BCU will play Nebraska on Oct. 27,to fill an open date, Nebraska announced on Thursday. It also announced the guarantee for the game will be $800,000.

BCU received a waiver from the NCAA to play a 12th game, and it was granted.

“Nebraska contacted us in great need of an opponent to complete their schedule because of the cancellation and we were virtually one of the only institutions with the open date of October 27 this year,” Lynn W. Thompson, BCU Vice President for Intercollegiate Athletics said. “We have been in this situation before and had no options. So, after talking it over with our staff and administration – and with the support of the MEAC office, we were able to get the game approved.”

The game won’t keep BCU out of the postseason if it makes it. But it will guarantee a second FBS check for the program this season.

“Our great fans and our football student-athletes deserve a full schedule, and we are glad to be able to provide an additional game on Oct. 27 against Bethune-Cookman,” Nebraska Athletic Director Bill Moos said. “We appreciate the patience of our fans through this process. While there may be some conflicts on what was originally a bye week, we know Memorial Stadium will be packed to watch the Huskers on a fall Saturday.”

BCU is just finished up a Money Game on Saturday, losing 49-28 to Florida Atlantic. Its 1-2 so far with its lone win against Virginia University of Lynchburg in Week Two.

“I would like to thank Bethune-Cookman for their great cooperation as we put this agreement together. Athletic Director Lynn Thompson and Head Coach Terry Sims are excited to bring their team to Lincoln, and we look forward to their visit.”

Bethune-Cookman to face Nebraska in Oct. for BIG payday