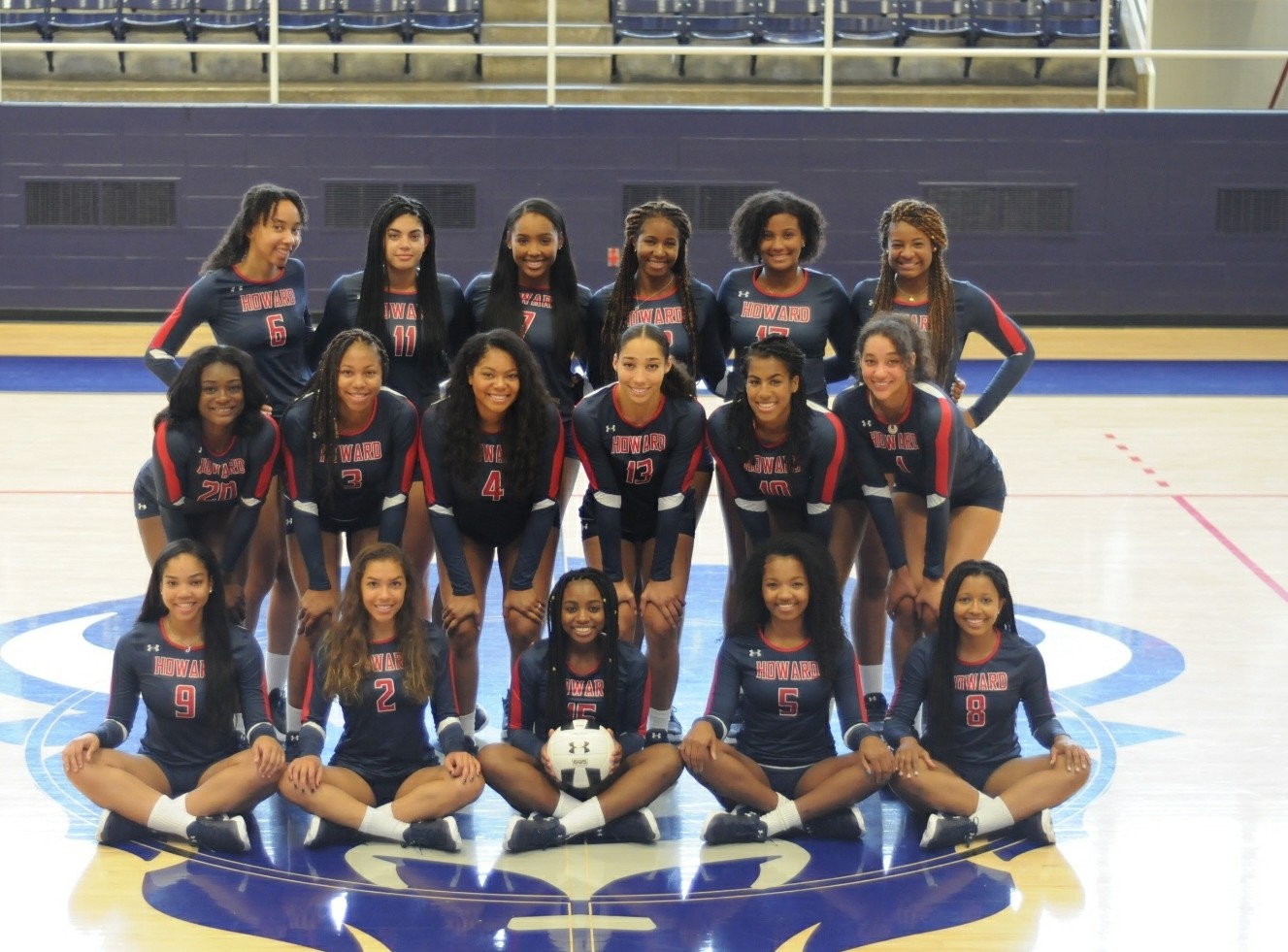 WASHINGTON (August 11, 2018) — The reigning three-time MEAC volleyball champions, Howard University, will host the No. 1 ranked Stanford Cardinals, No. 6 Penn State Nittany Lions and No. 29 Wichita State Shockers in Burr Gymnasium for the first time in any of the teams’ history.

“Stanford, Penn and Wichita are some of the blue blood programs in our sport. For them to come to play at Howard is a great moment for our program,” head volleyball coach Shaun Kupferberg said. “It shows that we are doing something right and building a program that even the top teams in the nation see value in playing.”

The Bison are predicted to finish second in the northern division of the MEAC according to its preseason honors announced on Friday. In the American Volleyball Coaches Association (AVCA) preseason poll released this week, Stanford was voted as the No. 1 team in the country. A 2017 NCAA semifinal team, Stanford has been ranked in every AVCA preseason poll since its program began in 1982. It is one of two teams to appear in all 37 NCAA women’s volleyball tournaments. The only other team to accomplish that feat is the sixth-ranked Penn State Nittany Lions. The same Nittany Lions that the Bison upset during last year’s NCAA Tournament, handing Penn a loss in the second set. Penn had not lost a single set in the first round since 1991. On Sept. 14 the Bison will face them again. This time in Burr Gym.

“Playing elite teams won’t be new to us, but having them on our home court will be. The environment should be great and we are excited to show the Howard community what the highest levels of our sport looks like,” said Kupferberg.

The Bison have an impressive non-conference schedule hosting Wichita State in Burr the day before the Penn State match. Wichita went undefeated in the American Athletic Conference (AAC) and has emerged as an elite, competitive team. The Shockers received 103 AVCA votes, landing them at No. 29 on the full AVCA poll. The matches against Wichita and Stanford are on August 26 and August 27, respectively. A busy season for the Bison at home, they will also host this year’s MEAC Championship Tournament in Burr Gym, November 16-18. To view Howard women’s volleyball full schedule online, visit http://www.hubison.com.