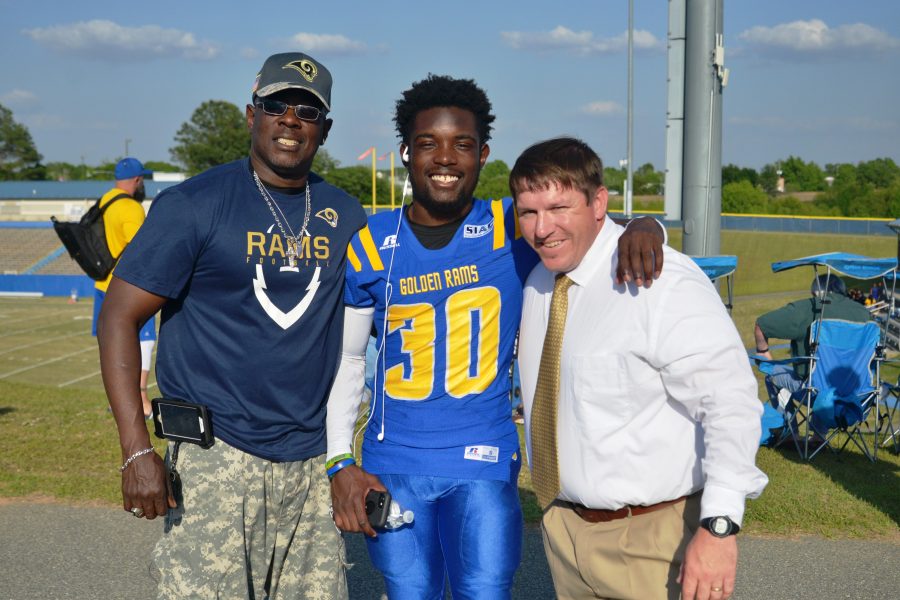 Second year coach is ready for a championship his way.

ATLANTA–I wouldn’t put it past Gabe Giardina to have a little Sly and the Family Stone in his playlist. If not he’s certainly living out the famous song “It’s a Family Affair” in real life at Albany State.

The second-year head coach has his playbook on the field locked in but that might not be the most important one. His game plan of life is what he loves talking about the most. It starts with family.

“All of our coaches, families, I want them at practice. I want our kids to see family units. See what a married couple should look like as far as how they treat their kids,” Giardina said.

The youthful energy of kids is a constant at ASU practices. Giardina has 12 “coaches” under the age of seven on his staff. He calls them the “Rowdy Rams” and they have the teeshirts to match. He describes the best moments of practice when the kids get to hang out with his players.

His players may not realize it now, but their coach is also teaching them the number one lesson for adult males. “Happy wife, happy life.” Giardina is able to roll through the joy and the pain of a typical season in part to his family stability.

“My wife is on fire there. She loves living there. The kids are doing great. When your family is doing great at the house, the ebbs, and flows of the season, that just kind of levels you out,” he said.

(Every season married man reading this is nodding in approval)

While all of that sounds great, don’t think that Giardina isn’t focused on winning. The Golden Rams started out on fire last season before running out of gas late in the season. Giardina was a late hire in 2017 and entered the season with a measurable disadvantage compared to other staffs.

And it's a wrap from The Coliseum! Welcome to the New Era! #RamRising🐏 pic.twitter.com/R5btkaQepc

ASU has since signed some notable recruits, got some key transfers and will shake things up at quarterback this season.  Most importantly, however, they’ve had more time together as a team.

“When we got there last season I didn’t know where to buy groceries. Now we got a foundation, a good plan that’s had some time to be able to be implemented. When things went south for us last year we didn’t have anything to rely on, our character was only so deep. Now we have a team that has some toughness and fortitude.”

That fortitude will be tested early. Albany State opens the season with Valdosta State, Tuskegee and the University of West Georgia.