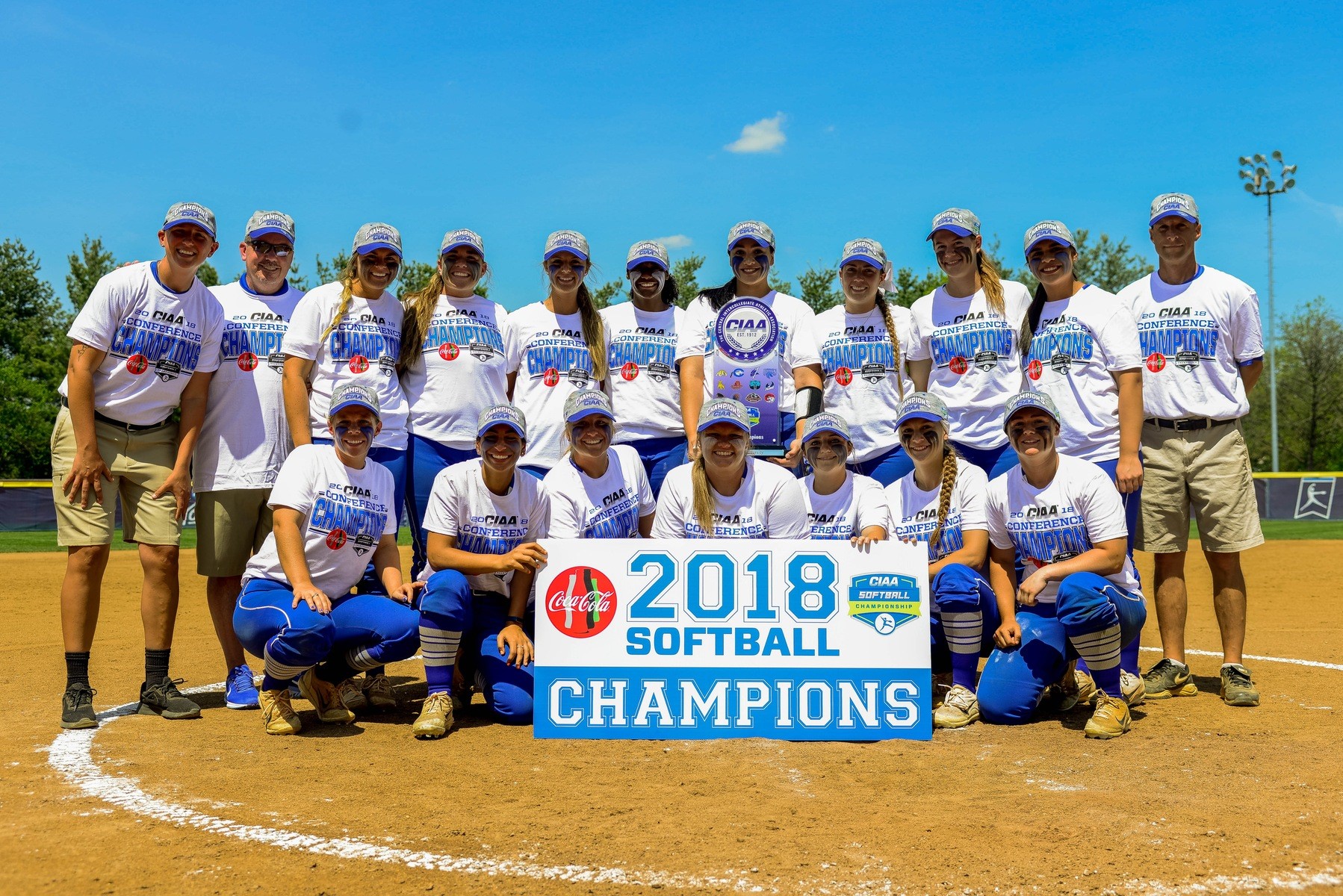 Hawks blitz through this year’s tournament.

Salem, VA (May 2, 2018) – The Hawks of Chowan University were crowned back-to-back Central Intercollegiate Athletic Association (CIAA) Softball Champions after a perfect 4-0 tournament appearance and 8-0 victory over the Broncos of Fayetteville State University in the final championship contest.

In what could have been the first of two championship games, Chowan delivered the first blow in the bottom of the first inning to take an early 4-0 lead. Kris Neal began the excitement with a lead-off single to left field and later a double by Haley Cooper advanced Neal to third before scoring off a Fayetteville State throwing error. Lindsey Stigler doubled to score Cooper while Brittany Parson reached on another FSU error. To finish off the inning Donya Salman extended the lead to 4-0 on a two-RBI single up the middle.

In the second, Halee Knowles recorded the Broncos only hit in the contest, but the Broncos were unable to get the momentum going.

The Hawks picked up their fifth run in the bottom of the second to push their lead to 5-0. With one out, Neal drew a one-out walk and Cooper picked up a single. Stigler then marked an RBI, scoring Neal on a groundout to shortstop.

In the third inning of the competition, both teams presented tough defensive plays, leaving the score 5-0.

In the top of the fourth inning, the Broncos were unable to put runs on the board, but the Hawks added the three runs needed to put the run-rule into effect for the following inning. Miranda Glover drew a walk and Haley Cooper brought her home with an infield single. Lindsey Stigler hit a bomb home run over left field to close out the inning.

The Hawks’ defense was solid getting three quick outs in the fifth to preserve their fate. Chowan earns their 4th CIAA Championship title since 2010 with the 8-0 victory over Fayetteville State.

Hawks pitcher and the 2018 CIAA Softball Championship MVP Shannon Buchanan had a one-hitter for the game while only walking three batters and striking out four. Meanwhile, teammate Lindsey Stigler led the team’s batting efforts with 4 RBIs in three at-bats.

For the Broncos, Ashlyn Zook stood the mound allowing 7 hits while walking only 2 batters and striking out three Hawks.

The Hawks of Chowan await their regional bid, announced via NCAA Selection Show on Monday, May 7 at 10:00 a.m. For more information, visit www.NCAA.com.