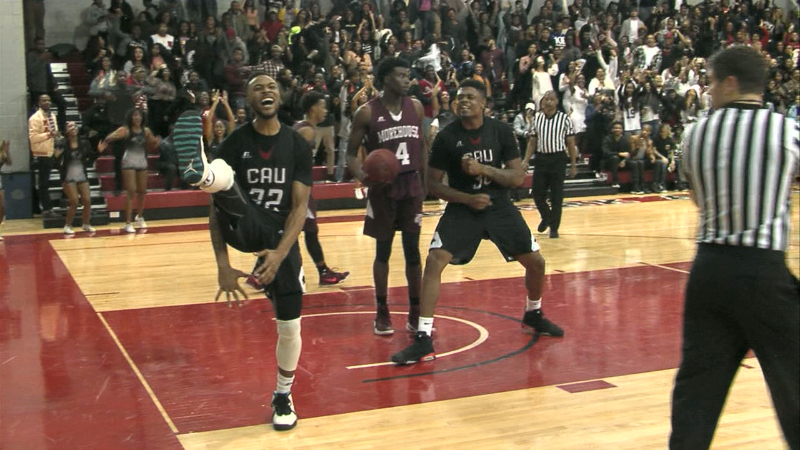 Teams are a combined 39-3 heading into Thursday’s game.

ATLANTA–Both Clark Atlanta and Morehouse showed they were teams to beat from the opening day of this year’s season.  The two AUC powerhouses brushed by what was then the no. 13 team in the country, Rollins College, on consecutive days.

Ultimately Morehouse would become the last team in NCAA men’s basketball to lose a game this season. The Maroon Tigers (19-1) will bring their no. 11 ranking into Epps gymnasium on Thursday night to face no. 16 Clark Atlanta (20-2).

Tyrius Walker leads the SIAC in scoring at 25.9 points per game but this will be the toughest defense he’s seen all year long. Clark Atlanta leads the SIAC in fewest points allowed at 67.3, just five-tenths of a point better than Claflin.  Claflin so far has been the only team to solve the Morehouse riddle all season long.  In its 85-72 win over Morehouse in January, Walker was only 1-8 on three-pointers despite scoring 27 points.

Stats can hardly serve as the sole indicator of how this game will unfold. The modest Epps gymnasium will be completely filled with a raucous crowd reacting to every single nuance of the game.  That environment may not decide the game but it will certainly influence it.  Let’s rewind to last year’s nail-biter at Clark Atlanta.

AUC culture will be on full display for media & potential students/supporters.

We would like to thank everyone in advance for displaying good sportsmanship & the class of all AUC institutions while displaying pride in their respective institutions.#OurHOUSE #WePlayHard pic.twitter.com/8YmLVlRmHs

The Morehouse personnel closely reflects the team they put on the floor last year.  Walker, Martravious Little and Omar Alston are still the three wise men for Morehouse.  For CAU, both Damien Davis and Anthony Williams are a familiar duo but the majority of the roster is full of fresh faces.  Transfers Jamal Pollydore, Akil Douglas, Jalen Mitchell and Shelvick Henry will get their first taste of the AUC rivalry. These are also the four leading scorers for the Panthers this season, all averaging either 11 or 12 points per game.

Tip-off is set for 7:30 pm but with doors opening at 6 pm the party will probably be going on for at least an hour in advance.  HBCU Gameday will have full coverage of the game both here and on all of our platforms.  It should be a good one tonight in Atlanta.

Please remember that we are limited in seating at @CAU's L.S. Epps Gymnasium. When capacity is reached, NO ONE will be admitted, even if you a student holding a ticket or have a ticket awaiting you in Will Call. @morehouse