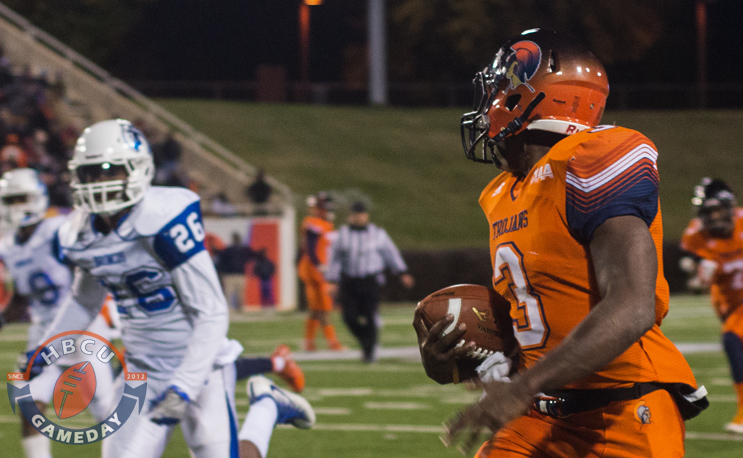 Virginia State offense overcomes Fayetteville State with big plays in run game and through the air for CIAA title.

He’s no secret, but Virginia State’s Trent Cannon sure is a weapon.

The VSU running back scored three touchdowns, including two back-breaking runs in the second half, to help lead his team to a 42-19 win over Fayetteville State to claim the CIAA championship.

VSU remains unbeaten at 10-0 and is primed to make the Divsion II playoffs and possibly host a first-round game. It came into the game ranked third in the Super Region Two rankings and the top seven get in.

Cannon broke the CIAA Championship Game rushing record with 186 yards, aided by a 73 yard touchdown run in the third quarter and a 79 yarder in the fourth quarter to effectively kill the Broncos hopes of a comeback.

Quarterback Cordelral Cook had a solid all-around game as well, throwing for 169 yards and two touchdowns and running for a 57 yard score to boot.

Cook, Cannon and their VSU teammates handed Reggie Barlow his first championship as a head coach.