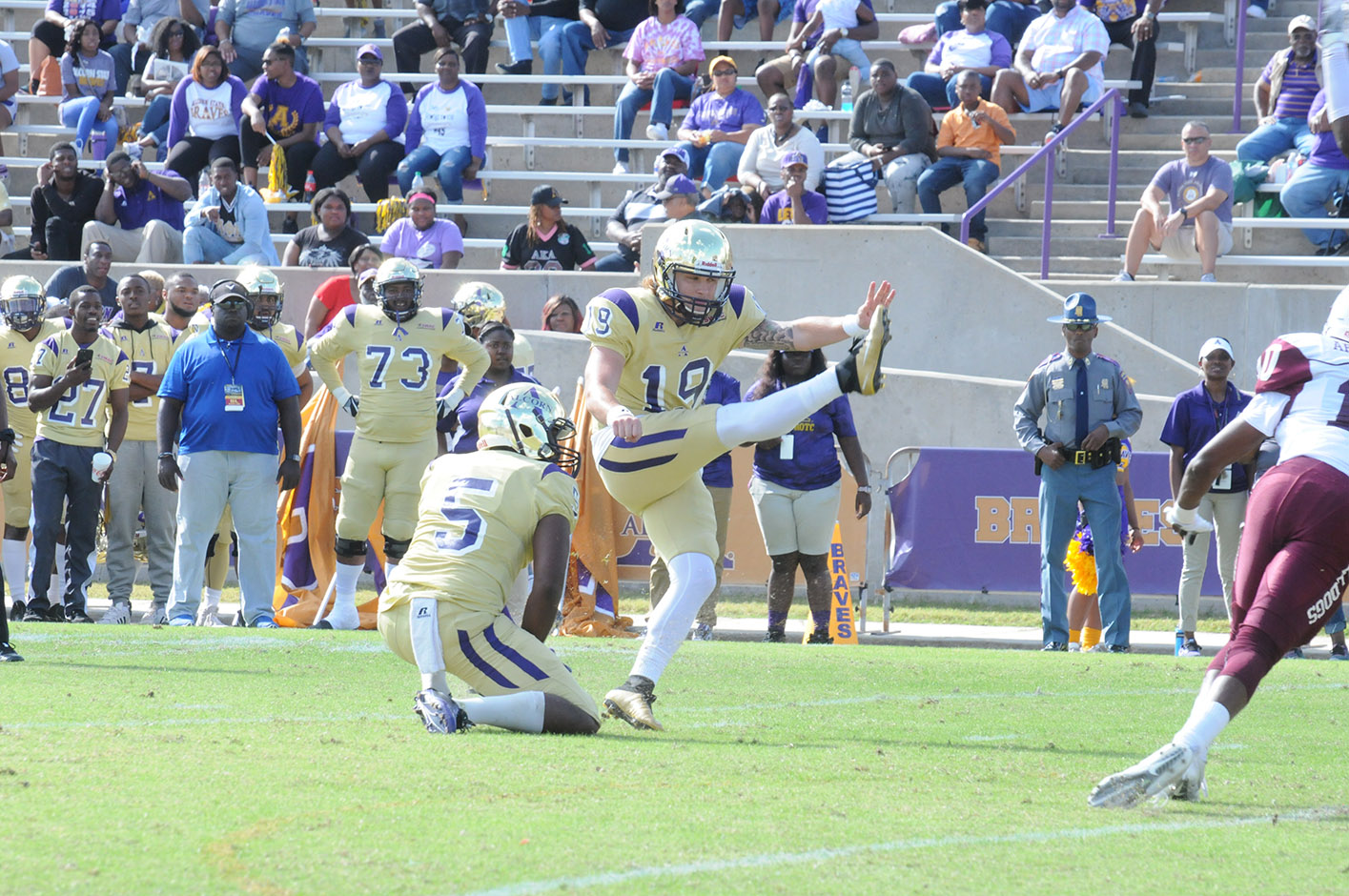 LORMAN, Miss. – The accolades continued to build up for sophomore Corey McCullough from the Alcorn State University football program as he was named STATS FCS National Special Teams Player of the Week.

McCullough, who is both the kicker and punter, broke the Alcorn single-season field goal record in the team’s 47-22 victory Saturday over Alabama A&M. He drilled four field goals and has now made 14 this season. The four field goals were one shy of the school’s single-game record.

The Louisville, Mississippi native punted six times for 309 yards. He averaged 51.5 yards per punt and his long was a 56-yarder.

“Corey has done an outstanding job for us this year as both our kicker and punter. I feel comfortable putting him to kick in pressure situations no matter the distance,” said Alcorn head coach Fred McNair.